After McGregor vs Diaz, What Happens Now?

So the dust has finally settled on the Las Vegas strip where on Saturday night Nate Diaz shocked the world and took out the world’s pound for pound most impressive fighter of the last 2 years.

It’s true, hindsight is a wonderful thing. And personally speaking, I can’t recall a fight in which hindsight was so relevant. As I do, I made my predictions for the fights after the weigh in’s on Friday night. My prediction is that Conor McGregor would win the contest via second-round knockout.

Fast forward 30 hours and I’m left standing in front of the television with my hands on my face, mouth wide open, amazed at what had just unfolded. Thinking, what was I thinking?

Everything made sense after it unfolded. Of course, Diaz wouldn’t be rattled by McGregor’s trash talk, of course, he can take a punch, of course, he poses a serious threat of lighting Conor up using his range with counters, and of course if this fight hits the mat…

I remember thinking as the bell sounded to end the first round, this will be interesting if this fight’s still live like this going into the championship rounds, especially if Diaz can somehow get it to the ground.

What happened in round two I could never have predicted happening, in fact, quite the contrary. I thought my prediction was looking good, with Diaz’ left eye viably busted up.

We all know what happened after that and we have heard every possible theory to why ripple around the world through the Irritating power of social media. Personally, I feel it’s simple. Conor underestimated Diaz, overestimated the power in his left hand at welterweight, and got his tactics on the night terribly wrong.

Taking On Nate Diaz at Welterweight

Massive credit must go to Conor for making the jump to 170 pounds and taking on a Diaz brother on such short notice at a weight limit that was always going to be another string to the Stockton natives bow.

Not too many would have the courage to do what Conor McGregor has done and I’ve absolutely no doubt that this defeat is a minor blip on a career that has many more glorious days ahead. As the old saying goes, you learn more about yourself in defeat than you do in victory.

Conor impressed me greatly in his post-fight interviews, and his understanding of the defeat was spot on. None of this delusional nonsense we are used to hearing when stars fall in such dramatic circumstances.

Looking forward to McGregor I see him heading back to defend his featherweight title in his next fight. But personally, if I was in a position to offer him some advice, I would tell him to go to lightweight and settle there.

Lightweight is the division where I feel Conor can still look physically imposing, still carry his power, and not be hindered with the dangerous and dreaded cut to 145. There are some spectacular match-ups available at 155, and even though I think he’s capable of cleaning up there, it won’t be anywhere near as easy as featherweight was. 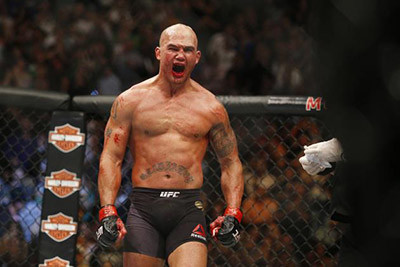 As for Nate Diaz, there is talk of a welterweight title shot, as it had been touted for McGregor had he been victorious. I’m sceptical on the matter, to say the least, although it makes slightly more sense for Diaz given his history competing there in the past and his natural frame.

My only problem with the whole idea is how does it make sense that a lightweight fighter can come in and defeat the featherweight champion, and immediately be considered the number one welterweight contender? There is no logic in that and I fear the UFC and their ranking system are losing some credibility just throwing men from other weight divisions into immediate title shots.

I always felt that Conor McGregor should have at least defended his featherweight title, or had an eliminator at lightweight before getting a shot at Dos Anjos. And I feel a similar path should apply for Diaz also.

I think Nate has put himself in a position to merit a number one contender match in the division of his choice, 155 or 170. The Californian has been medically suspended until April 20th, ironically and humorously the date in which the consumption of cannabis culture is celebrated.

So Diaz should be ready to compete in the octagon again early this summer. If his wish is to continue at welterweight, were with a full training camp and 15lbs less weight to cut, he would be a real handful for anyone.

But with Stephen Thompson set to face Rory MacDonald in June for the honour of number one welterweight contender, this has left champion Robbie Lawler without a challenger. 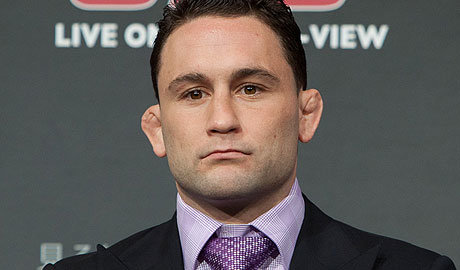 I wouldn’t be at all surprised to see Diaz take on Lawler at UFC 200, in the co-main event to McGregor versus either José Aldo or Frankie Edgar. It makes a lot of sense to have Lawler vs Diaz on that card given how the stock of both men are clearly on the rise due to their crowd-pleasing and dramatic recent performances.

The decision on which man McGregor faces on the card I presume will ultimately be up to him. Frankie Edgar is the popular choice, but after ten years undefeated and the only other ever featherweight champion, surely Aldo deserves his rematch after being knocked out with a singular punch.

I suspect we haven’t seen the last of Conor McGregor versus Nate Diaz either. The Lightweight division is the most likely destination of both men in the long run, and given the entertainment both men provided us with throughout this whole process, I’d doubt there are many out there who wouldn’t want to see them go at it all over again. Next time possibly with a title on the line.