The Power Of Money In Sport

In the world of combat sports, money can often count for more than talent. A quick look over to our neighbouring sport of boxing and you’ll see names like Andre Ward and Guillermo Rigondeaux barely able to get a fight on Showtime or HBO, and barely able to main event a show in Las Vegas due to an inability to connect with the public.

Now, this would be bad enough if these two were simply any old World Champions, but they’re not, they’re two of the leading Pound-for-Pound talents in two of the most exciting divisions in the sport. This is a more extreme example than we usually get in MMA, but it does beg the question, what is it that makes a good draw? 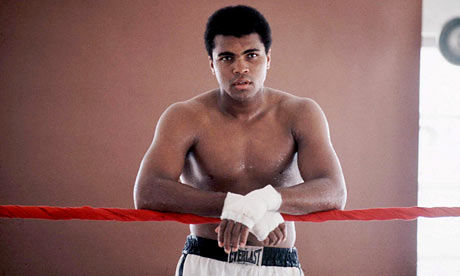 From Boxing to MMA and everything in between, the concept of fight selling is part of our culture. We marvel at the likes of Muhammad Ali and Ric Flair with their ability to talk and keep the public hanging on their every word in the build-up to a fight.

Whilst an ability to talk up a storm isn’t essential in attracting interest, it is undoubtedly one of the most tried and tested methods. It is, therefore, a good place to start. In Mixed Martial Arts, we’ve had our fair share of great talkers, but in terms of huge draws, there are a few that stand out.

Tito Ortiz began the tradition, his fierce rivalry with Ken Shamrock, as seen mostly on The Ultimate Fighter 3 led to extremely high ratings for the television show and is particularly known for attracting numerous new fans to the sport, many of whom knew Shamrock from his time in pro wrestling.

In addition to a successful stint on TUF, Tito’s constant berating of his opponent and the MMA fans’ reaction, both negative and positive to it, led to some record-breaking numbers from Zuffa. Usually averaging around 45,000 PPV buys, UFC 40 where the two met at a sold-out MGM Grand hit over 150,000.

As well as sparking a UFC revival on the financial front, UFC 40 also proved how effective real hype could be. Ortiz repeated the feat in his feud with Chuck Liddell when his media appearances bad-mouthing both The Iceman and the Liddell-leaning UFC President Dana White in the build-up to Liddell-Ortiz II at UFC 66.

Led to ‘The Huntington Beach Bad Boy’ once again breaking records. The show achieved not only the highest gate receipts in UFC history at almost $3.5m higher than the previous record-holder, but also became the first UFC event to surpass 1,000,000 PPV buys. 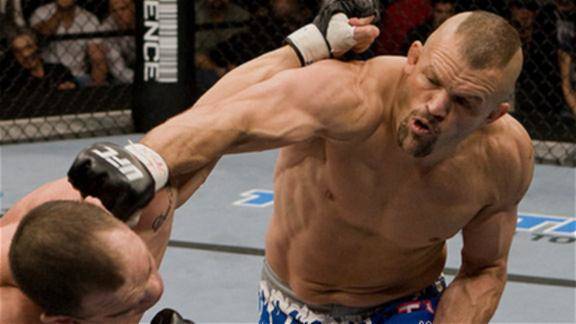 The other participant in that historic event, Chuck Liddell, had similar success in captivating an audience. Pure entertainment has drawn fans in combat sport for a long time, with the likes of Arturo Gatti attracting hordes of fans despite his modest levels of success.

One of the most popular fighters of all time, Liddell was no silver-tongued insult thrower and often left the trash talk to his opponents (Tito, Rampage etc,). ‘The Iceman’ instead favoured doing his work inside the octagon, where his aggressive, come-forward fighting style won him legions of fans during his run atop the 205lb division.

Selling out numerous UFC events and producing strong PPV numbers, particularly in his fights with Tito and with fellow fan favourite Wanderlei Silva. Liddell to this day is swathed by MMA fans almost everywhere he goes as many who were at the recent Dublin event can attest to.

What About Crossover Appeal

One of the buzzwords or phrases in MMA is ‘crossover appeal’. Whilst this is something that is hard to define exactly, we do know that some fighters just have it. Chief among those was Brock Lesnar, the WWE superstar that smashed PPV records in his short UFC career. Without wanting to go into too much depth on Lesnar again, it is impossible to write an article like this without mentioning him.

His wins over Frank Mir and Shane Carwin sit in first and second place in the UFC’s all-time PPV rankings, whilst his losses to Alistair Overeem and Cain Velasquez, and his championship victory over Randy Couture all feature in the top 20. His past in the WWE and his connections to amateur wrestling and the NFL has led to a lot of people knowing the name Brock Lesnar, and they tuned in in their droves to see his efforts.

Another commonly mentioned example is Ronda Rousey. Beautiful, supremely focused and an elite martial artist, ‘Rowdy’ Ronda Rousey has quickly found herself positioned close to the top of the UFC’s needle movers, not to mention began a budding Hollywood career.

Rousey has become in, Paul Heyman’s eyes, the “biggest draw in PPV”, and according to Dave Meltzer was performing better than the likes of Jose Aldo and Frankie Edgar immediately upon her entrance into the UFC, whereupon she sold out the Honda Centre in Anaheim California faster than Cain Velasquez vs Junior Dos Santos for UFC on FOX 1. 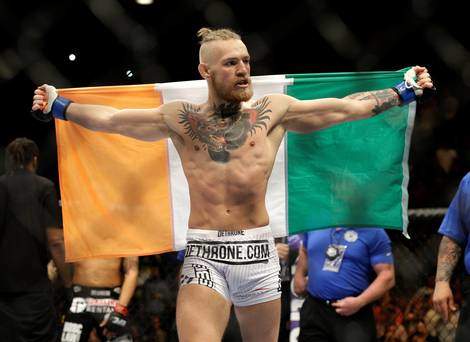 Lastly, but one of the most powerful factors of all is the idea of having an entire country on behind you.

Kazushi Sakuraba is probably the first prominent example of this, loved and adored by Japanese MMA fans as he represented his nation against streams of the most prominent fighters Pride Fighting Championships had to offer, including numerous members of the legendary Gracie family.

It is Georges St. Pierre though, that is the most obvious of this category. A hugely successful fighter in the UFC, GSP’s dominant run atop the UFC welterweight division prior to his retirement last year saw him fight in front of the biggest crowds the UFC has ever seen, including the 55,000 seats sold-out Rogers Centre in Toronto, for his fight with Jake Shields. And so, to our leading modern example, Conor McGregor.

Dublin’s own McGregor has had unprecedented success for a fighter so early in his UFC career and is captivating MMA fans both at home and abroad. Already holding the honour of 3e’s highest-ever rated sporting event for his Dublin headliner against Diego Brandao, McGregor has also been referred to by UFC CEO as a ‘needle mover’, and marvelled at his ability to draw a huge percentage of the Irish TV market.

The UFC is often criticised for low pay, by the likes of Ken Shamrock, Floyd Mayweather and most recently, Nate Diaz, however, the men and women mentioned above didn’t have those complaints. Love it or hate it, drawing money is as synonymous with fighting as a right hook and as the sport develops, is most definitely here to stay.