The Popularity rise of Mixed Martial Arts all around the world is undeniably unparalleled. Probably no more so than in Europe, where young men and woman from all over the continent now have a path of hope and ambition laid for them.

Stars such as Women’s Strawweight champion Joanna Jedrzejczyk have inspired the nation of Poland. Light Heavyweight challenger Alexander Gustafsson the nation of Sweden, Khabib Nurmagomedov the Russians, and last but not least the notorious Conor McGregor Ireland and beyond. 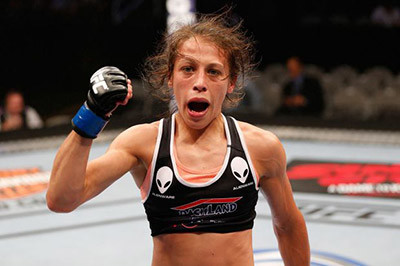 This is to name only a few of course as Europe’s talent pool in the UFC ranks is much deeper than that, deeper in fact than it’s ever been.

And as I settled in to catch up on the latest series of The Ultimate Fighter: Latin America, I realised surely now is the time for the popular tournament to have its own series in Europe.

I personally think there is an extra spice added to the Latin American version with all the different countries represented. And in Europe I would expect more of that same pride on show, fighters draped in their nations’ flags and so on as they make their walk to the octagon.

European Fighters in The UFC

Of course, Europe has already been represented on the show when a team coached by Conor McGregor took on Uriah Faber’s Team America. And even though Europe’s cast in this occasion failed to produce any stars, they certainly didn’t disappoint in terms of fighting style.

Europeans have a reputation of preferring to stand and strike it out in comparison to the Americans and Brazilians who are renowned for their grappling skills predominantly. Although the Russian contingent might have something to say about that, backing their Sambo base against whatever is put in front of them.

Not that any of this really matters as the modern-day up and comer is well rounded and proficient in all aspects in mixed martial arts. You simply have to be now if you want to compete at the top.

I have no doubt that it wouldn’t take the UFC long to rummage through the European scene and find 16 fighters from any weight division capable of matching the talent we currently see on the American and Latin American shows.

And who knows what they might find. Look at the success TUF Latin America 2 had by unearthing the gem Yair Rodriguez in that series. For every contestant selected awaits an invaluable experience, one that could have a rippling effect when they bring their gained knowledge back to their hometown gyms.

Team McGregor vs Team Khabib would be nice.

Ok, maybe that one is a bit farfetched but not completely out of the question. And should these two warriors meet down the line, TUF related or not, I would love it if the UFC made the decision to stage what would be a massive event in Europe. I feel the European fans have given a lot to the company in the last couple of years, and deserve such events in return. 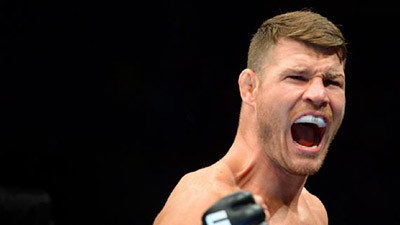 Depending on how Michael Bisping’s title reign goes, I wouldn’t mind seeing him taking charge of a team of hungry up and comers. The Count undoubtedly has the personality to go with it. Back in 2006 Bisping won The Ultimate Fighter and provided us with great entertainment along the way.

Why not put him up against Gegard Mousasi. I don’t think it’s possible for anyone to get under his skin, but it sure would be fun watching Bisping try for a few weeks. These two veterans stylistically make for a great fight and it’s bewildering really that they haven’t crossed paths before.

On slightly lesser scales we could have Gunnar Nelson against Tom Breese, Joe Duffy against someone like Nick Hein, or how about a couple of old veterans in Brad Pickett against Neil Seery. There are many possible coaching scenarios that would produce quality matchups as finale main events.

But the main focus of the whole idea should be to strike while the iron is hot. Keep building on this phenomenal rise of the sport in this part of the world. How many times have you heard someone say MMA got me off the street? Well, let’s keep this thing going and try and get more young men and woman of the streets and into the gyms.