I’m gonna go on record as saying I think it’s horrifically irresponsible that the UFC is making Cyborg boil down to 140lbs. Dana has very recently said that there are “no plans in the near future” for a full-blown Women’s Featherweight division, apparently leaving Cyborg in limbo. Does she continue to cut weight despite the obvious health issues it’s causing, just to be a special attraction?

Mike Dolce Lite™ aka George Lockhart, Justino’s weight cutting guru advised Cyborg to go on birth control. Before the fight this weekend in order to counteract the “strong periods” she suffered in the last UFC fight camp. The birth control supposedly led to the Brazilian retaining water weight. Meaning she had to cut anything up to 20 lbs in the days leading up to the fight if reports are to be believed.

In this new era of the corporate UFC, I don’t see them letting that continue. Cyborg is a star, an incredible fighter and someone that draws interest and eyes wherever she goes. Dana believes the talent and interest are not there for the 145 lb division. However, we thought that about the Strawweight division as well once upon a time.

Prior to getting the UFC treatment, Felice Herrig’s arse was the most famous thing at 115 lbs. Now it encompasses one of the UFC’s up-and-coming crossover stars in Paige Van Zant. As well as one of the leading p4p fighters in all of MMA period in dominant champion Joanna Jedrzejczyk.

Anyway, I digress. So without any further ado, we profile some of the biggest names in the division currently employed elsewhere. Should Dana ever go back on his word and decide to adopt the division. (No Gina Carano below, I promise)

Marloes Coenen has been one of the leading names in all of WMMA for over a decade now. The Dutch native exploded out of the blocks, going 13-1 before veteran Roxanne Modafferi outworked her at the K-Grace 1 tournament in Tokyo.

Coenen would return the favour in the US, however, as she submitted Modafferi on her Strikeforce debut. Gaining her an opportunity at the all-conquering Cristiane ‘Cyborg’ (who promptly stopped her in the 3rd round). She would then go on to pick up the belt at 135lbs, before losing that to Miesha Tate.

A pioneer of Invicta FC, Coenen appeared on the promotion’s inaugural event and would lose again to Cyborg in one of their biggest ever fight back in 2013. A spell in the MMA wilderness followed before Coenen resurfaced in Bellator. With ‘The Female Rickson’ reeling off two quickfire submission victories before a dramatic upset loss to UFC veteran Alexis Dufresne back in May.

Coenen returns against high-level Jiu-Jitsu stand out Talita Nogueira in November, in an interesting battle of high-level grapplers. 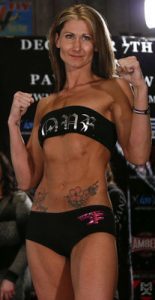 Aside from Cyborg herself, Charmaine Tweet is Invicta’s leading Featherweight. After a loss on her MMA debut to the then 1-0 Ronda Rousey by armbar. The tweet has compiled a highly entertaining MMA career. The long-time Duke Roufus student started her MMA career with two straight losses and sitting at 1-3 after her first four fights.

Charmaine went on a 5-1 run, with 5 explosive finishes and only a single close loss to former Strikeforce standout Julia Budd (more on her later). Led Tweet to a shot at Cyborg and her Invicta championship back in 2015.

As has happened to many foes in the past, Cyborg stopped her handily in the first round. However, she has since spun 3 wins on the bounce and is looking to advance her way back to the front of the queue for that elusive belt. 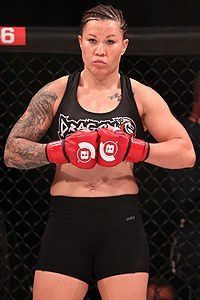 At the age of 26, Blencowe went through a break up that turned her from a mother of two with an interest in boxing, to a professional boxer that would go on to wear both a WBF & a WIBA world championship belt. A few days after her 30th birthday she swapped the Boxing gloves for MMA ones. After compiling a 5-4 record in her native Australia, culminating in the Storm MMA title. She was given the opportunity to bring her fistic skills to the major stage when she signed with Bellator MMA.

A crushing TKO victory over the experienced Adrienna Jenkins gained her an opportunity against the aforementioned Marloes Coenen. A setback at the hands of the Dutch superstar did not halt Blencowe’s progress, however.

As she returned a few months later to eke out a win over Gabby Holloway. That fight back in November of last year, however, was her last fight. Although current rumours are pairing her with Julia Budd in an intriguing battle at Bellator 162 next month. 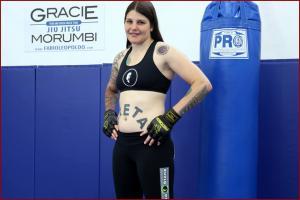 Though still somewhat of an unknown quantity with regards to the MMA scene, Talita Nogueira’s combat sports chops cannot be denied. A blackbelt under Francisco ‘Pitta’ Jr. and a world Jiu-Jitsu champion in 2011. Talita has built a 6-0 MMA record, unsurprisingly encompassing 4 submissions.

She also managed to stop her other two opponents with strikes. However, with all 6 wins being in her native Brazil on the regional circuit, it is difficult to gauge exactly how relevant those wins are.

A knee injury, unfortunately, forced her out of a fight with Julia Budd last year. And ‘Treta’ has now been on the shelf for almost 3 years since her last MMA outing. However, she has been booked to face off against the aforementioned Marloes Coenen. A fight in which an impressive win could catapult her status to one of the hottest WMMA properties outside the UFC. 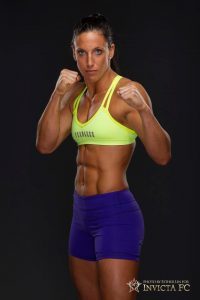 Another former Rousey victim, Julia Budd is one of the most accomplished female athletes in all of combat sports. A highly skilled Muay Thai practitioner, Budd holds a win over Gina Carano in that discipline.

After the disbandment of Strikeforce, she headed to Invicta for a destructive 4 fight run in which she knocked out Sweden’s Elina Nilsson on her debut. And followed it up by stopping Danielle West and submitting Mollie Estes. In her final fight under the Invicta banner, she comfortably decisioned fellow top contender Charmaine Tweet.

A 2-0 run after signing for Bellator gained her an opportunity to face Marloes Coenen. However after injury forced her out, so Alexis Dufresne stepped in and shocked the world. Budd though, on a 6 fight win streak has been mooted to face Arlene Blencowe. A win could establish her as the Featherweight to beat in the Bellator organisation. 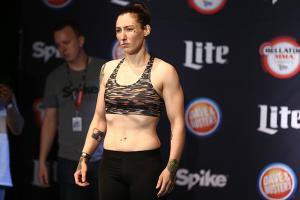 Alexis Dufresne garnered attention on the local circuit for a 5-0 run that culminated in a win over Kim Couture. That earned her an opportunity to showcase her skills in the UFC. However, Dufresne, a natural ’45 pounder, missed weight in both of her bantamweight bouts. And went 0-2 after losses to Sarah Moras and Marion Reneau. Unsurprisingly, she was cut shortly after.

After just shy of 18 months outside the cage, during which time she gave birth to a baby boy, she resurfaced in the Bellator Featherweight division. Dufresne. Californian fighting out of the storied Team Quest, stepped in for the injured Julia Budd to take on one of the biggest names in the division, veteran Marloes Coenen. A huge underdog, Dufresne locked up a triangle on the Dutch grappler and submitted her in the closing stages of the first round to secure her biggest ever career win.

The best of the rest: