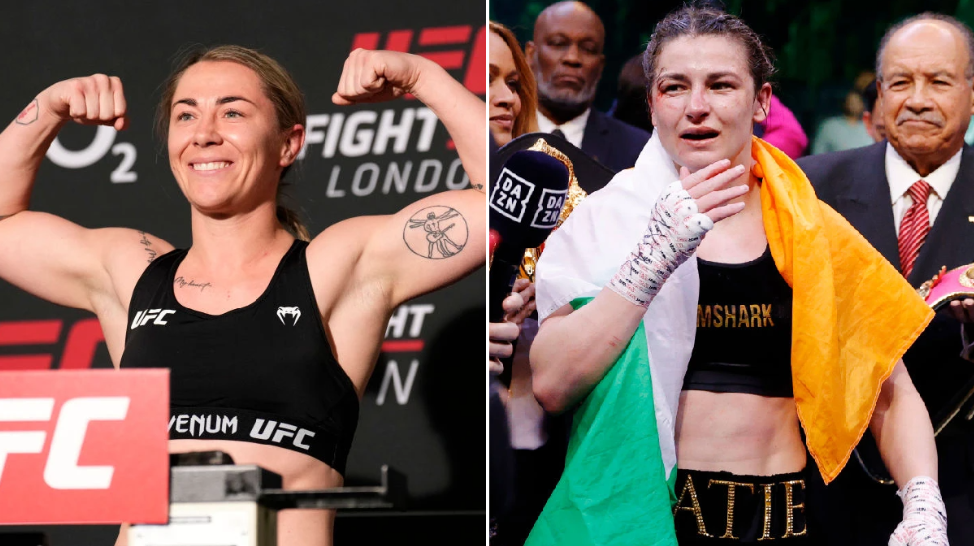 UFC fighter Molly McCann is confident that she will regain her motivation and love for the sport. The British flyweight has had a “life-changing” year in which she has been pushed to her limits, and now she is attempting to overcome one of her greatest challenges: making time for herself.

McCann is one of the most recognizable faces in MMA this year after his stunning victory at UFC London in March and July, and his debut at the legendary Madison Square Garden in New York last month for UFC 281.

McCann, 32, has become a popular athlete thanks to her exciting style of fighting in the Octagon and her brazen openness outside of it. The Liverpudlian has, perhaps predictably, suffered as a result.

McCann said she would be taking time away from her sport after losing to American Erin Blanchfield by submission in New York, but she told Sky Sports that her decision was the result of a number of issues. 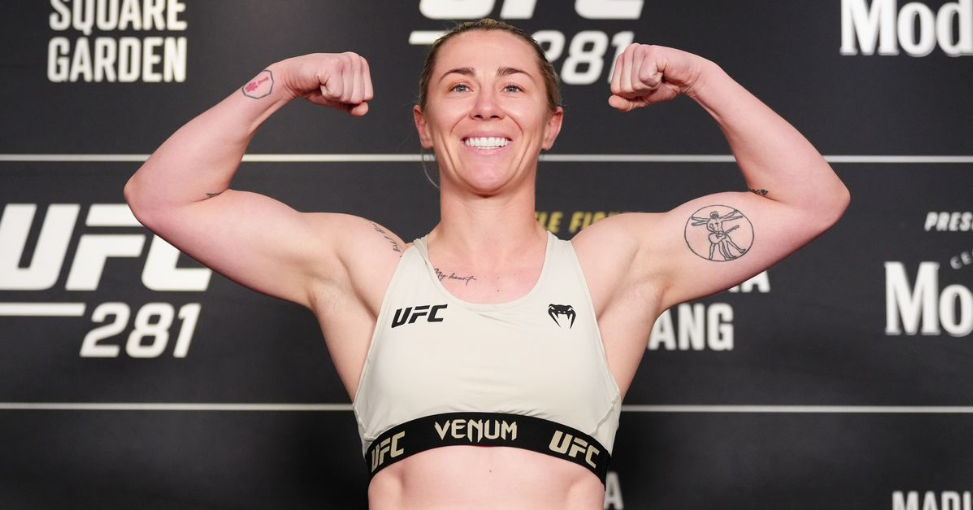 She finally said, “In August I hit my ceiling in terms of my mental capacity, I was exhausted mentally, physically, and emotionally. I was getting to grips with being fairly known – but nobody can prepare you for not having a personal life anymore.

” There were four months where every day I was waking up and this horrible heartbeat wasn’t leaving me. This dull anxious feeling in my belly and I couldn’t stop crying. I was just completely done in and I couldn’t cope with how much my life had changed and my mind hadn’t been given time to catch up.”

In addition to the physical rigors of her sport, her volunteer work with the boxing program “Weapons Down, Gloves Up” added another layer of emotional complexity to her life.

“The charity work, and the work I do outside of the cage, is something I’m probably more proud of,” she said. “But then with all the tragedies and fatalities in the city [Liverpool] and what has happened, it all just hit this point for me.”

McCann has sought advice from the English women’s football team, who, after their triumph at the Euros this summer, has similarly seen an increase in media attention.

“I’ve spoken to a few Lionesses,” McCann said. “I’m friends with quite a few of them, but there’s one in particular who I spoke to as we were dealing with the same thing. There are the die-hards of your sport who know you, but then you go to the casuals knowing who you are too. It means that you’re on guard all the time.”

It is the perfectionist trait in McCann, and the grounded nature of the former footballer, who feels the need to say yes to every demand on her time and every selfie request. However, with the help of her wellness coach Martin Bowen, she is learning the value of saying ‘it’s a no with love’ – although as she is finding, it is easier said than done. 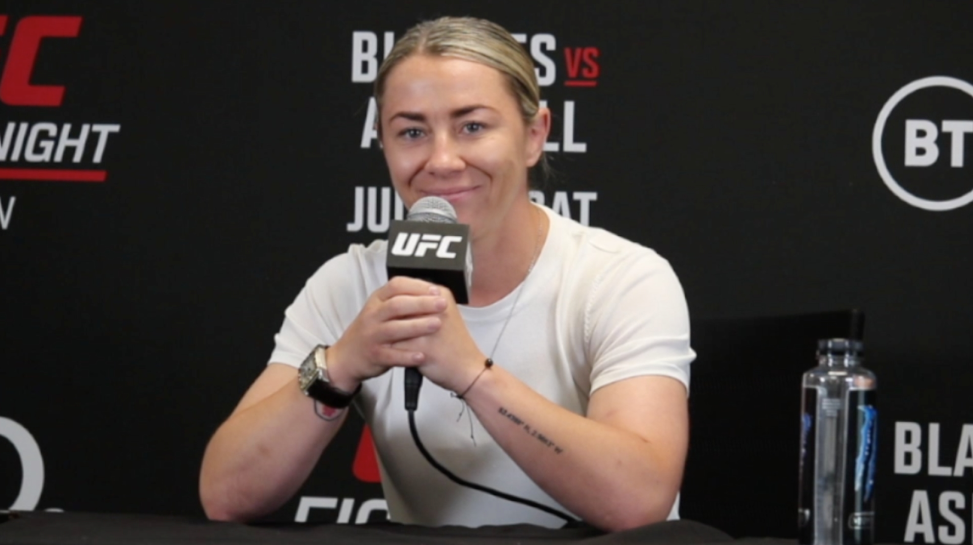 “It got to the point where I was out and crying on the phone, yet people were coming over and wanting this, wanting that. I was in such a bad way and I’m crying but people won’t stop.

“I was upset because I was thinking ‘why are you not reading the situation’. That was hard, but it taught me to slow down, be humble, and be static. I used to go out for tea quite a lot, but I’ve been out for dinner twice since that fight (at the MSG). I’ve just stayed home, cooked my own dinners, walked my dogs, and I needed that grounded, normal life and being more of a home bird. I feel like I’ve reset there.”

The prospect of Christmas off and time away from the gym has been just what the doctor ordered, and McCann is confident that she will rediscover her passion for the sport and will have fresh goals to target in 2023.

“I’ve not had a Christmas off in about eight or nine years, as I usually have a fight lined up in February. I, my partner, one of my coaches, and his family are all going out to Tenerife for about three weeks.

“I’ll probably start training out there again and getting the love for it back. I’ll do a pre-season in the heat and just enjoy myself. I’m looking forward to that and hitting the ground running next year.”

Not that McCann isn’t grateful for the success, the accolades, and the perks that have come her way during a ‘whirlwind’ 2022. She beams with pride as she reflects on how she has pushed the sport to new heights, the increase in participation numbers, and how she is able to tap into a new audience who have never previously tuned into MMA before.

While her charity work gives her great pride, from a professional point of view, the icing on the cake of an outstanding year was her debut at Madison Square Garden, even if she candidly admits she ended up having a ‘s*** day at the office’.

“Not many people could’ve done the media I managed that week leading up to MSG. I’m talking eight hours a day, you’re on minimal calories, yet you still have to train, show up, promote and grow the sport. It’s a hard environment to do it.

“Giving an interview and promoting your sport, it’s a real art and I try to put a spin on it where people won’t turn off. You see it in other sports where it’s the same repetitive b******, whereas I’m showing you blood, guts and more. I’m showing you what’s in my heart, I’m giving you bravado sometimes, I’m letting you come on this journey with me.

“That week was the best fight week of my life. I wouldn’t change it at all, even the outcome, it was god’s plan, it was the universe’s plan. If that’s what needs to happen in order to show me where to go next, so be it. I wasn’t meant to post the win, and it makes for a better film at the end of my life anyway, doesn’t it.”

The pain of the defeat still hurts, as do the internet trolls which she does her best to ignore having taken herself off social media for much of the year, although she does take heart in the outpour of affection from her supportive network around her.

“The day after the fight [at MSG] I was going through about 600 Whatsapp, I was thinking ‘how many people have got my number’, and that didn’t die down until about three weeks after the fight. My people were knocking on the door, bringing me food so I didn’t have to cook or go out. I was just filled with so much gratitude because my people are there for me.”

Life might have changed beyond recognition for the one-time Subway fast-food worker that provided her ‘Meatball’ moniker, but there can be no doubt that McCann will always stay true to her humble beginnings. 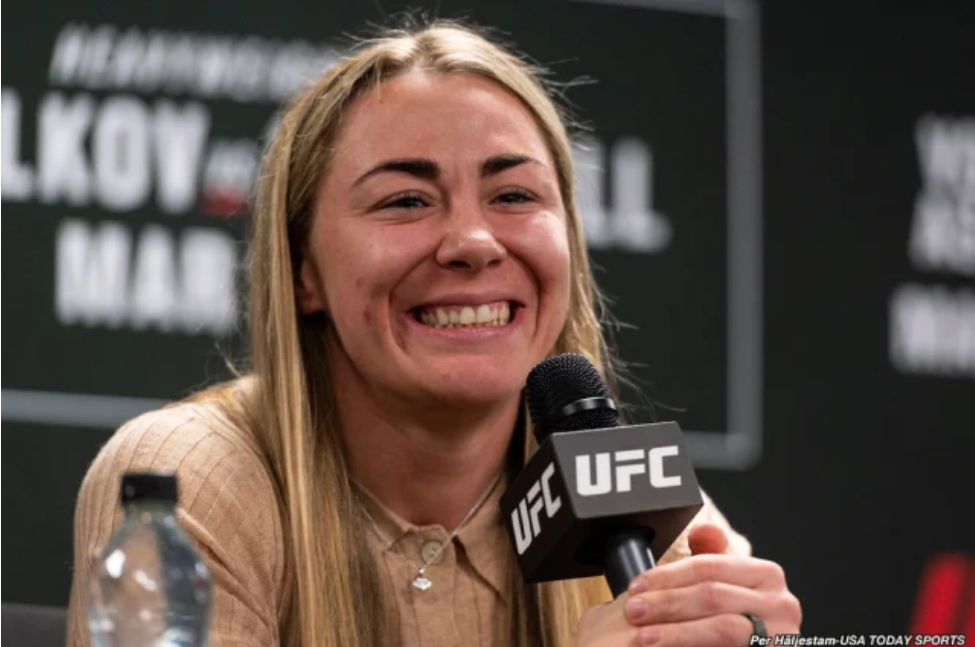 “I’ve released a little vlog called ‘Me, Myself and Molly’, where I’m trying to show people what Molly McCann does. It’s important to draw the line between selling tickets and being a fighter and showing your integrity and your moral compass as a person too.

“The praise comes in just as much as the hate, but I feel that when you haven’t had a chance to put your best foot forward when you’re a perfectionist and you want to do your best, it haunts you, but then that’s the fuel to the fire.”