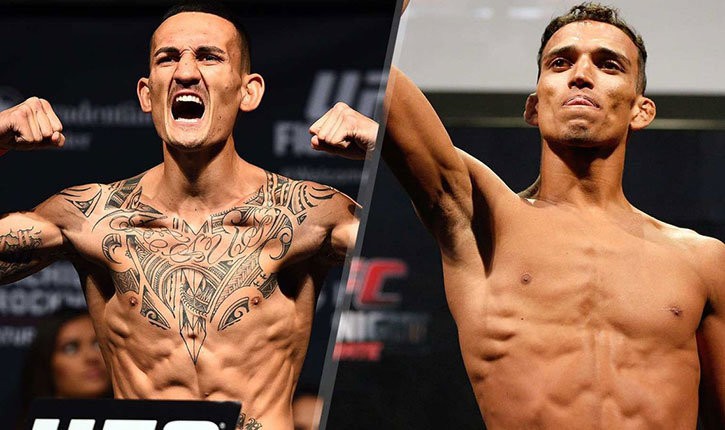 This is also a chance for a lot of up and coming Canadian fighters to make a name for themselves. Beginning with Shane “Shaolin” Campbell a fighter out of British Columbia who will look to avenge his first UFC fight where he lost a first round TKO to John Makdessi at UFC 186. However, this time he will have a full training camp. So look to see a better Campbell when he steps into the octagon in the SaskTel Center tomorrow night.

Another Canadian looking to get back on the win track is Chris “The Greek Assassin” Kelades. We first saw Kelades in the UFC back in 2014 when he took a fight on a weeks’ notice and defeated Patrick Holohan in a unanimous decision victory in front of a hometown crowd. However, he was stopped by Ray Borg via a Kimura submission in the third round in his last fight. So tomorrow, with his fellow countrymen cheering him on in the stands, the Greek Assassin will no doubt give the fans what they want and put on a similar performance that saw him win his UFC debut.

More Canadians on the card are the Ultimate Fighter Nations: Canada vs. Australia winner Chad Laprise and runner up Olivier Aubin-Mercier. Laprise will be taking a serious step up in competition when he faces Fransisco Trinaldo, a UFC veteran of 9 fights. And Aubin-Mercier will look to extend his UFC winning streak to three against Chris Beal.

Also on the card are Canadian UFC veterans Sam “Hands of Stone” Stout and Patrick “The Predator” Côte. Both fighters have proven themselves time and time again in the octagon and tomorrow night they will get the chance to do it again in front of thousands of fellow canucks.

Hopefully this will be the first of many promotions to visit the province and other provinces for that matter. If this trend continues across the nation, more Canadians will have a platform to demonstrate their talent and help continue growing the sport of Mixed Martial Arts.