UFC 230 is here but not enough fights

After the undercard was finalised back in August, with a middleweight tournament of sorts and the long-awaited return of Nate Diaz against lightweight campaigner Dustin Poirer, the only thing left was the main event. As the UFC was being coy, many assumed big plans for the final fight of the night on November 3rd.

When Jon Jones retroactive suspension was announced to be ending mere days before the event, most speculated a late save by the former Light Heavyweight championship. 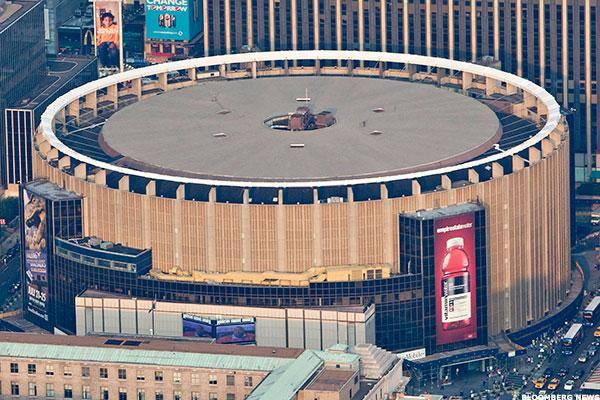 Then, at the start of October, the UFC announced the main event: Valentina Shevchenko vs Sijara Eubanks for the vacant flyweight championship. And the crowd goes mild!

The MMA faithful reacted about as well as you might expect. At this point, it may help to remind you that UFC 230 takes place at Madison Square Garden. You know, that little venue tucked away somewhere in New York.

MMA was banned in New York until early 2016. To celebrate the world MMA leader held UFC 205 at MSG in November of that year. The show was huge, as Conor McGregor captured the lightweight title from Eddie Alvarez to become a double champion.

It was also huge because it was the first-ever MMA event held in the state of New York. Going forward the UFC have looked to hold a tent pole card there every November to commemorate.

It seemed insane that the company would allow UFC 230 to get this close without the main event. Most presumed a huge surprise, even if it didn’t factor in “Bones”. So, when Shevchenko vs. Eubanks was announced – and taking nothing away from those women’s skills – it became clear that the UFC didn’t have an ace up their sleeve and simply had nothing.

Thankfully, a public lambasting, which included Joe Rogan openly stating he had never heard of Eubanks, seemed to nudge the fight into the ether.

his balls were hot

Enter Derrick Lewis. After the brawler knocked out Alexander Volkov in a display of pure heart and determination at the UFC’s biggest ever event, UFC 229, he took the sports world by storm with a hilarious post-fight interview. UFC fans have always known how funny the “Black Beast” is, but now the world knew, and he picked up 700,000 Instagram followers for his efforts. 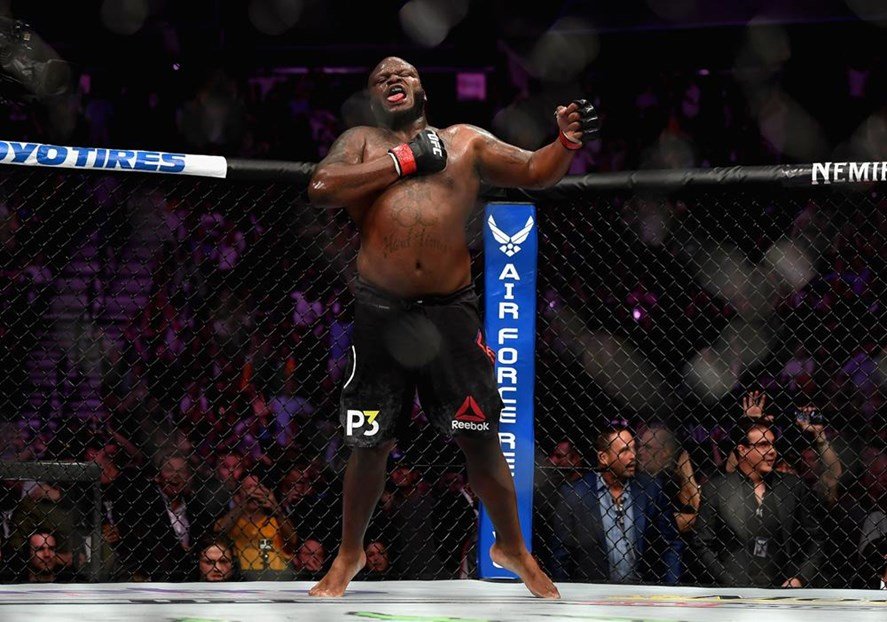 The UFC looked to capitalise on the Houston native’s new-found fame and immediately booked him in a title shot against Daniel Cormier at UFC 230. Of course, that title shot would come a mere four weeks after a hard fight against Volkov.

The fighting isn’t uninteresting, and Lewis has definitely earned a title shot, being 9-1 in his last 10. But, when they have to grab a banged-up fighter days after a three-round tear up, questions arise?

How, with a stable of fighters numbering over 500, does this happen? The UFC has literally had a year to prepare for this event. November at MSG; it hasn’t exactly crept upon them. If this was an isolated incident it could be forgiven.

The injury bug seems particularly vitriolic in its assault on MMA, and weight cutting presents perennial problems. But when it comes to booking, that is controllable. How does such a huge, public company back themselves into a corner so often?

UFC 228 just two months ago saw a similar situation. With no main event, the promotion hastily booked Tyron Woodley vs Darren Till with a few weeks’ notice. Again, a good fight, but it was a desperation move by the company and that can’t be ignored. And you don’t need me to remind about interim titles. 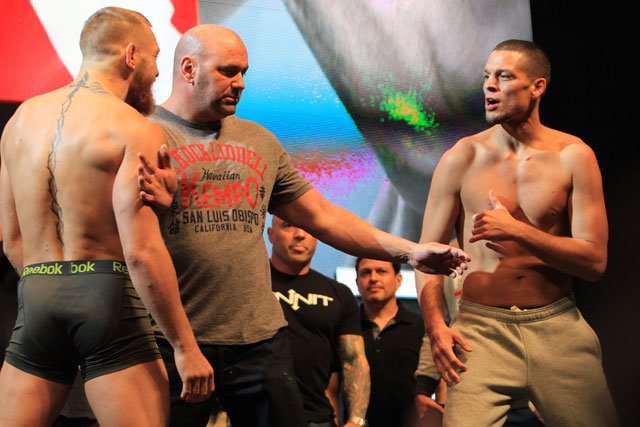 The main issue seems to be the company mandating a title fights main events every pay-per-view. (Pay-per-views themselves are a conversation for another time.) This has proven to be unnecessary with Conor McGregor and Nate Diaz selling well over a million buys on two occasions with nothing but pride on the line.

The most baffling thing about this card is that the main event was already on it. Nate Diaz and Dustin Poirier could have capped the evening off sublimely with a five-round slugfest. Now, to be fair, Poirier claims that the slot was eventually offered to both men but Nate turned it down.

The veracity of this is irrelevant because either way, the UFC was attempting to book the main event with Diaz vs Poirier on the card. That’s a huge fight, with one of the sport’s biggest names in the returning younger Diaz brother. No belts required.

Diaz vs Poirier eventually fell through so it’s for the best, but the principle is the same. The company insists on a belt being done up to end a broadcast. This has proven to be unnecessary, yet it goes on. If they want to book one or two title fights every pay-per-view, then they need to be smarter. Hell, they could even open up a few new weight classes, but I guess no one’s really talking about that so what do I know?