Some UFC events are sold on skill – chins to be found and defences to be unlocked. Friday’s Fight Night certainly offers these attractions. But should the UFC 207 PPV numbers go skyward, the UFC will be counting their dollars thanks to some good old fashioned storytelling.

First up in the Co-Main, a tale as old as time. An old gunslinger must deliver victory one more time against the proverbial son of his vanquished enemy. Dominic ‘The Dominator’ Cruz, whom some consider the greatest professional fighter alive. Defends his title against Cody ‘No Love’ Garbrant – the latest young gun in a long line of Uriah Faber’s Alpha Male stable to try and topple ‘Dom’. 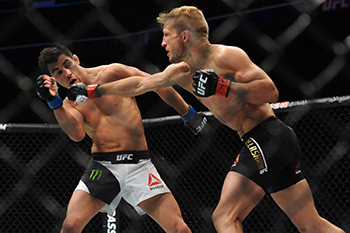 Cruz, a specialist on the mic as well as in the cage, has mentally wound the younger Garbrant to the point of snapping over the last few weeks. Their acidic verbal exchanges have heightened the buzz around an already tense encounter.

Cruz is the quintessential thinking man’s fighter, having studied and perfected his game for over a decade. The result is uncanny ability to slip and strike like a cobra. Knee injuries have plagued his run to glory. But he has always found a way to stay at the peak of the mountain.

In trying to knock him from his perch, Cody Garbrant joins Uriah Faber and TJ Dillashaw in the mantle of Man who would be King. The explosive power in Garbrant’s hands is undeniable. A true knockout artist who dispatches old opponents of Cruz in less time than the man himself.

If Garbrant, the anointed avenger of his gym can put the champion away by ‘breaking his jaw’. He will not only do what has never been done in knocking out Cruz. But he will also stop the longest title run in UFC history and collect the gold for himself into the bargain. 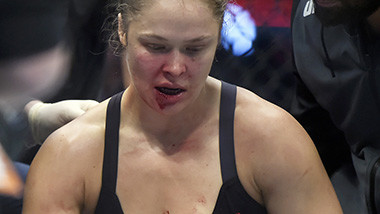 The main UFC 207 bill sees a classic comeback saga come to fruition, starring a former queen who barely needs an introduction. A year has passed since Holly Holm head kicked the mystique of Ronda Rousey into doubt.

Watching it on television, the look of loss confusion and pain on Rousey’s face as she came back to consciousness was heart-wrenching for friend or foe.

One can only assume what toll it took on the mentality of a woman who prided herself on her indomitability. Rousey was a deemed unstoppable, a Tysonesque destroyer who defined the idea of me against the world. With her title gone, the detractors and trolls descended.

Rousey’s response was to essentially vanish. This lack of presence has been maintained right through to fight week. Where she has refused to be involved in any media obligation ahead of the bout.

Facing her will be Amanda Nunes, the first Brazilian female UFC champion. And also the first openly gay holder of the belt. Her story is that of certification, a search to prove to the watching world that she is more than the two-woman female champions who came after Rousey and before herself.

Both Holm, and later Miesha Tate couldn’t last one fight after claiming the title, and you’d have to feel that if Nunes can put to rest the risen spectre of Rousey, she will solidify her legitimacy at the height of the sport.

Two fascinating narratives collide this Friday at UFC 207 on BT at 3 am, and their outcomes will shape the future of the male and female Bantamweight divisions for the foreseeable future.