UFC 205 is just over the horizon and on paper, the massive card looks to set all-time records across the board. With such a long a protracted wait for mixed martial arts to be sanctioned in the Big Apple. The wait is now finally over.

On November 12th 2016, an assembled group featuring some of the sports greatest fighters will step into the octagon at Madison Square Garden New York City. For one of the best cards ever put together by the Ultimate Fighting Championships.

With three titles on the line and 13 fights in total. The UFC has pulled out all the stops to try to ensure that their first show in the Empire State makes nothing less than a huge splash. Leaving a lasting impression on those fans who have waited for what seemed like an eternity for the worlds number one MMA promotion to finally arrive. 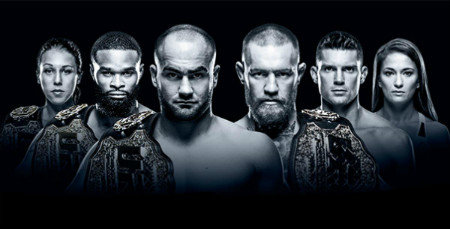 Stacked is a term all too often all too casually thrown around, but in this case, it truly is fitting. With an undercard alone boasting two former champions in Frankie Edgar and Rashad Evans.

Along with a number one contender fight in the lightweight division between the undefeated Khabib Nurmagomedov and Michael Johnson.

The fighter who put an end to Anderson Silva’s run in the UFC, former middleweight champion and New York native Chris Weidman, faces the explosive wrestler Yoel Romero. Who although hasn’t fought since December 2015, holds an undefeated 7 fight win streak inside the octagon.

In the first of the three title fights, we have an all Polish clash, being marketed to the masses as a civil war between these two former foes. The ultra dominant Joanna Jedrzejczyk will look to defend her title for the 4th time against Karolina Kowalkiewicz.

In the co-main event on the evening ‘The Chosen One’ Tyron Woodley didn’t get his date with Georges St Pierre. But instead was forced to settle for a title defence against Stephen ‘Wonderboy’ Thompson. It’s a fight which many pundits are giving to the karate standout. Although I’m quite confident in saying Woodley doesn’t see it the same way.

The night’s main event is one of the mammoth proportions. As for the first time in the history of the Ultimate Fighting Championships. One fighter looks to hold two titles at the same time. Step forward current featherweight champion Conor McGregor. Who is looking to also claim the lightweight crown from Eddie Alvarez? 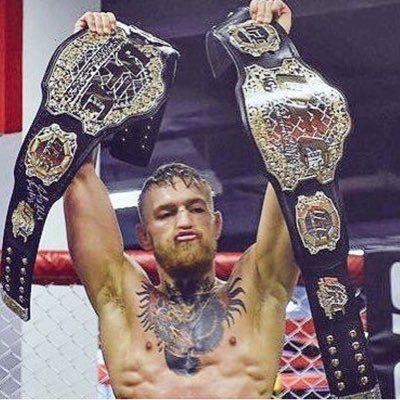 Hard to believe that just a few short years ago. The brash Irishman was only breaking into the big time with a stunning stoppage of Marcus Brimmage.

Fast forward to now and McGregor has summarily disposed of the featherweight king Jose Aldo Junior. Establishing his own monarchy at the top of the UFC pile.

He now looks to dominate new territory that is the lightweight division. And to once again banish yet another reigning champion in Alvarez. Vanquishing him to the annals of MMA history.

Make no mistake about it. This is a fight which perhaps only comes along once in a lifetime. It’s a huge ask for the man from SBG. But for McGregor himself, he absolutely believes that this is his destiny.

Come November 12th at The Garden in NYC for UFC 205. McGregor may very well cement his legacy as one of the greatest fighters to ever grace the hallowed canvas of the octagon. And all that stands between him and that assured greatness is a grizzled veteran, who himself believes he has the Irishman’s ticket.