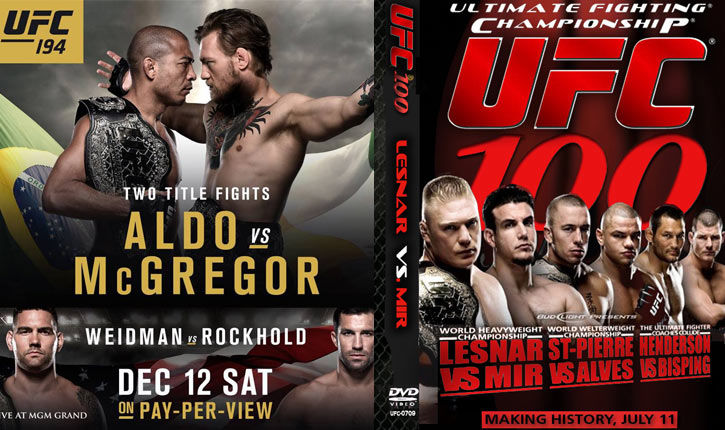 There has been and continues to be much debate around the question of whether UFC 194 or UFC 100 is the biggest card to date for the Ultimate Fighting  Championships.

There may well be some or even a lot of bias leaning toward the more recent of the two. But make no mistake about it. UFC 100 (link) was a massive card both for the sport and for the organisation.

The main event had not just one of the biggest names in the sport, but also the mainstream media in Brock Lesnar. But you also had George Saint Pierre putting his welterweight strap on the line that same night. UFC 100 was of course a huge milestone and continues to be one of the most memorable cards to this day.

Now with UFC 194 just over the horizon. And for many people, some of which are very new to the sport. This is the biggest card in the sport’s history and they might well be right. As both seasoned pundits and newbie alike offered their arguments.

So we want to settle this here and now for our fans and followers. Give us your two pence worth and let’s see where it takes us. Contemplate, even meditate before you come to your final decision… This is life and death guys and gals…. no not really it’s just a poll. Results appear after you have voted to ensure you have not swayed in any way. See you on the other side 😉