Late last night the news finally broke which so many fans, not just in Ireland, but around the world have been waiting to hear. The highly anticipated unification bout between Jose Aldo Junior and Conor McGregor will take place at UFC 194 in the MGM Garden Arena in Las Vegas on December 12th.

With so much misinformation, changes in location and the rumblings of a Ronda Rousey vs Cris Cyborg as the co-main. Aldo McGregor was shaping up to be the biggest event in UFC history. Both in attendance and in PPV buys. Notwithstanding the fact that the bout will now not be held in the 85,000 seater Cowboy Stadium Dallas. Few can doubt the potential for the fight to draw the biggest PPV buy numbers the promotion has seen in it’s 20 plus year history.

With a full 4 months to once again set the promotional wheels in motion. Will the UFC once again go down the world tour route? It’s hard to say as it was no doubt very successful. Yet a highly intensive and distracting schedule for both fighters. Not to mention very expensive for the UFC itself. Let’s not forget the fans here either. 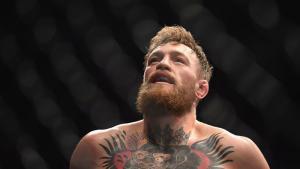 Do they really want to see a replay of the two facing off day in day out over the span of a few weeks? What if anything different will the UFC do to promote what could turn out to be the biggest fight in their history is anyone’s guess. So we shall wait and see on that front.

As for the other confirmation that Rousey will neither fight Cyborg nor Miesha Tate on the card. Who are the likely names that will stack this card to the ceiling? Ensuring it goes down as one of the most successful events in sports history? Time for the media and fans alike to start licking their collective chops at the potential matchups available.

We won’t get into it here, but with some huge fights in the lightweight, middleweight and heavyweight divisions hanging in the balance. And the potential for the return of the great Fedor Emelianenko. Who knows how the UFC 194 card will look come fight night. We can only just wait, watch and make baseless grandiose predictions… perhaps take out that last bit.