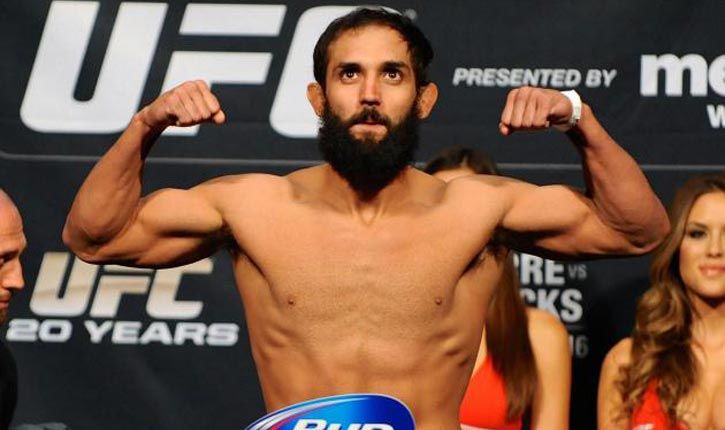 Ladies and gentlemen, this is the big one. All signs point to event of the year this weekend at UFC 171 when we see the first new Welterweight Champion since Georges St. Pierre took the belt back in April 2008 in his rematch with Matt Serra.

On the main card, we have three welterweight bouts, all of which have top ten ramifications, as well as a lightweight brawl featuring all-around buzz saw and madman, Diego Sanchez takes on undefeated Myles Jury and a light heavyweight bout with slugfest written all over it. Enough with the preamble though, let’s get to the breakdowns.

If anyone had told me two years ago that one of my old favourites, “Ruthless” Robbie Lawler would be fighting for the welterweight strap I would have laughed them off, but here we are. The man has seen ups and downs in his career and it’s finally all on track, thirteen years into his career.

On the other side of the octagon, we see Johny “Bigg Rigg” Hendricks, the uncrowned king of the division, the man who took GSP to the limit with powerful wrestling and dynamite fists. I predict a riot! Both fighters have excellent chins and incomparable power, so what are the keys to victory?

Hendricks striking has been his money move in the Octagon, that left hand that put away Fitch, Kampmann and absolutely crushed GSP over and over again in their title bout, but strangely he has never come up against a southpaw such as Lawler, and there are very few men more dangerous on their feet than Ruthless.

Hendricks goal for this fight will be to mix it up as much as possible, the constant threat of the takedown in order to prevent Lawler from settling down into his striking as well as wearing him down having to defend.

While Lawler has been submitted five times throughout his career, Hendricks would be better served to focus on his positioning and using those heavy hands to lay down ground and pound, grinding Robbie down over the course of the first few rounds.

Having only been finished once, way back at UFC 47 by Nick Diaz, Ruthless has a very strong chin and will only be put away via volume striking. For this reason  suggest Hendricks control the clinch and the ground position as he lays in a constant barrage of strikes, minimizing the distance for Lawler to get off strikes

The Sprawl. Need I say more? Lawler is a monster on the feet with vicious kicks, knees and punches. The key to this fight is keeping the distance at a place he is comfortable and preventing the takedown. I would be very surprised if his camp hasn’t focused on sprawl-and-brawl tactics as well as getting up from underneath powerful wrestlers and circling off the fence.

He utilizes kicks more effectively than Hendricks and, with flying knees also in his arsenal, is a more diverse stand-up fighter than the recent title challenger. If he can maintain the space and force Hendricks to shoot in, watch for a knee similar to what Jimi Manuwa used to stop the Gustafsson takedown attempts last weekend.

He needs to keep his striking tight, no wild punches and no flying knees unless Hendricks is backing up. If this fight stays on the feet, expect the Ruthless one to go to war.

We know Carlos Condit brings it, every damn fight. Expect to see his beautiful violence on display on the feet against Tyron Woodley, a powerful striker in his own right. Woodley has shown a tendency to look for the overhand knockout, but any loose techniques like this will leave an opening for the Natural Born Killer’s pinpoint knees and punches.

Look for Woodley to use his crushing wrestling to limit the space, much in the way that Hendricks did in his decision victory, controlling things against the fence while constantly looking for takedowns. Condit, on the other hand, will look to capitalise on the holes in The Chosen One’s, admittedly, very basic striking. Woodley has a poor tendency to overreach on leg kicks or to cover up when pushed back by strikes which will be like blood to a shark against Condit.

Surrendering 25 takedowns in his past three outings, Condit’s defensive wrestling has been a problem. Countering this is his fantastic game off his back, constantly striking and threatening submissions while working his way back to the feet and pressuring Woodley.

Diego “The Dream” Sanchez is a fight of the night machine, four of his last five having been awarded the honours. Clearly the clock is running down on the 32-year-old Sanchez but he refuses to slow down, showcasing the relentless pace and insane disregard for his personal safety that took him through TUF 1 and made him a mainstay fan favourite.

Jury, on the other hand, is a young prospect who, while searching for the finish, isn’t afraid to grind until he can find it. This is a serious step up in competition for the 25-year-old Jury who has never fought a fighter quite like Sanchez. Not that there are many of them. Expect nothing less than a war from Sanchez, chin down hands up, all-out striking on the feet which will put the pressure on Jury.

Both competitors are well respected black belts and more than likely we will see an excellent bout on the ground. Sanchez is the more powerful of the two and the more accomplished wrestler so Jury will be looking to use his guard game the best he can to sweep or achieve top control and look to wear down The Dream if that is even possible. I’m calling this one a potential fight of the night for sure.

Shields strategy going into this fight will be much the same as every other, grind, grind, grind. Against the cage, on the floor, any chance he gets. Even the slightest bit of separation will allow Lombard, an accomplished Judoka to pull a little control in the clinch and land one of those neutron bombs he calls fists.

Shields will try to wear out Lombard, Lombard will try to put a hole in Shields’ face, it doesn’t get any less complicated than that. By all accounts Shields will play the long game, sticking to his opponents like glue where Lombard will want to get this done early because if Shields makes him carry his weight too long, it could be the longest fifteen minutes of his, or the viewers, life.

I take that back, this fight could be the longest fight at UFC 171. We have two powerful light heavyweights with excellent finishing credentials and little in the way of a gas tank. This could be an electric first round with a crowd-pleasing finish, or it could drag on, and on.

Look for St. Preux to use his more technical striking to light Krylov up, while staying away from the former heavyweight’s power, which he has in both hands and feet. Both fighters will be following their modus operandi of searching for the (T)KO to gain them some traction in the shark tank that is the Light Heavyweight division.