This weekend the world’s premier MMA organisation makes its long-awaited return to one of the most influential countries of traditional martial arts. The Land of the Rising Sun, Japan.

The historical origins of Japanese martial arts can be traced back to the warrior traditions of the samurai. Originally, samurai were expected to be proficient in unarmed combat as well as the use of many weapons. This schooling helped them attain the highest possible mastery of combat skills.

Over the years many martial arts forms have been developed in Japan and are extremely diverse in philosophy and application. Some of these styles have played a massive part in the history of the evolution of mixed martial arts.

Here we take a look at the most important, Judo, Karate and then, of course, the development of kickboxing.

Judo dates back to 1882 and translates to English as ‘gentle way’. The art evolved into combative form and made an informal demonstration appearance at the 1932 Olympic Games. Its first appearance at the games as an Olympic sport came fittingly at the Tokyo Games in 1964.

Although traditional techniques are relatively rare in modern-day mixed martial arts, the art form has played a monumental role in its evolution. That is because Brazilian Jiu-Jitsu is an indispensable part of every mixed martial artist’s skill set.

This art form, although as the name dictates is Brazilian in origin. Was formed using the fundamentals of Judo as a starting point. BJJ, as it is commonly known now, became its own sport through practices, experimentation, and adaptation of Judo through Carlos and Helio Gracie.

The famous Gracie family have been passing their knowledge down through generations since and have opened schools on every corner of the planet. Members of the family have taken the step into competitive freestyle martial arts and continue to be successful to this day. 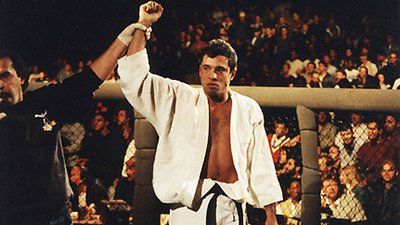 But it was when Royce (son of Helio) entered and won the UFC 1 tournament in 1993. That the sport of MMA was revolutionized, by a higher emphasise being put on grappling. Gracie submitted his way through the quarter-final, semi, and then final and in doing so popularised the art form forever.

Today we have many elite mixed martial artists with submission grappling at the base of their skill set. Japan’s very own Shinya Aoki is right up there with the very best of them. A black belt in Judo and BJJ, Aoki has used practically every submission in the book. To submit 24 of his opponents in his 46 professional MMA contests.

As mentioned before, traditional Judo techniques are rare in modern MMA. But if Royce Gracie is to be credited with revolutionising the sport. Ronda Rousey deserves just as much credit for her role in popularising women’s MMA. And she did so using Judo.

Rousey is an Olympic bronze medal winner from the 2008 games in Beijing. In doing so she became the first American woman in history to medal in Judo at the Olympics. The previous year she took home gold and silver medals at the Pan American Games and World Championships.

The talented Judoka applied her skills to the mixed martial arts world immediately. Her first eight professional fights ended in submission, usually via armbar. Rousey grounded her opponents with relative ease using hip throws and sweeps. So efficient in her technique that nine of her eleven professional wins came inside the opening minute.

Karate, again, isn’t widely used in mixed martial arts but became an effective technique for some of the biggest names in the sport. Bas Rutten, Georges St-Pierre, Lyoto Machida and ‘The Karate Hottie’ Michelle Waterson are all black belt practitioners in various styles of Karate. 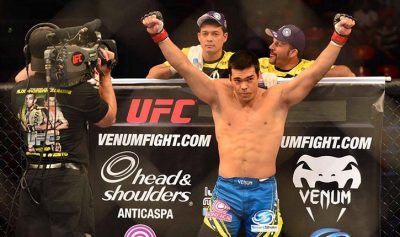 Machida in particular consistently brought that wide stance into his fights and has probably had the most success. Even bringing to life the famous ‘crane kick’ from The Karate Kid movie when he KO’d Randy Couture with a jumping front kick. ‘The Dragon’ likes to embrace his full Japanese and Brazilian heritage in combat as he’s also highly skilled in both BJJ and Sumo.

Kickboxing, of course, is a massive part of the mixed martial arts world and was developed from Karate. Japanese kickboxing dates back to the 1960s. It is considered a hybrid martial art and was brought to prominence in 1974 when the PKA (Professional Karate Association) held its first world championships.

Competitive kickboxing and competitive MMA are vastly different. An MMA fight is much more diverse and more emphasis might go on distance as a competitor has to be aware of the threat of grappling exchanges. That being said, and experienced kickboxer can make the switch in sports and expect to find reasonable success.

An example of this is would be the current UFC women’s strawweight champion Joanna Jedrzejczyk. The Polish superstar is a three-time world kickboxing champion and six-time world Muay Thai champion. Her resume speaks volumes but it’s watching Joanna compete in MMA that amplifies the benefits of a strong kickboxing background.

Joanna Jedrzejczyk a Cut Above The Rest 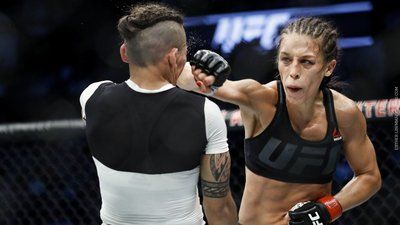 She is head and shoulders above the majority of women in the sport. Her technique is so clean and her striking so accurate, she is a joy to watch inside the octagon. Jedrzejczyk is 14-0 in professional MMA (8-0 UFC) and has a plethora of highlight reels to accompany her along the way.

Another competitor not shy of a highlight reel is Stephen ‘Wonderboy’ Thompson. The UFC welterweight contender is a lifelong karate practitioner, former undefeated pro kickboxing champion and one of, if not the best striker in mixed martial arts today.

His kickboxing record is 37-0 as an amateur and 57-0 as a professional. That’s 95 wins in a row in competitive kickboxing. Truly exceptional and the stuff of legends.

He hasn’t had it all his own way since making the switch to MMA though. He’s 13-2 (8-1-2 UFC) and twice came close to winning the title against the dogged UFC champ Tyrone Woodley. But it’s his karate style that makes him a fan favourite and so exciting to watch.

This Saturday another kickboxer will attempt to make the transition to mixed martial arts. Gokhan Saki is a Dutch-Turkish kickboxing legend. He holds wins over some of the biggest names in the game. His accolades include world titles in K-1, Muay Thai and most recently the Glory light-heavyweight championship.

This May the world of MMA was brimming with excitement when Saki announced he had signed a multi-fight deal with the UFC. He will take on Brazilian Muay Thai specialist Henrique Da Silva in what promises to be an absolute war of a fight. No less than what those Japanese martial arts fans in attendance deserve.