TJ Dillashaw and Cody Garbrandt are set for a second act this Saturday, and this structured story has not developed without the familiar beats. Let me take you on a journey.

A group of friends are inseparable. A new and exciting personality enters the group and develops an especially close bond with one of the original members.  After many laughs and some mutual character building, tension arises. The “alpha” of the original group and this new, charismatic individual clash. After a period of passive-aggressiveness, things come to a head and an exile is agreed upon. The new and exciting member leaves. Everything goes back to normal, or so it seems.

Rumours begin to swirl around the grapevine. Eventually one of the enemies of the friendship group starts exploiting these rumours. One of the original members of the group stands up for the target of the rumours. (I know this is getting convoluted but stay with me). Of course, the rumours are true.

The ostracised invader and the group member whom he befriended are in fact still hanging out at weekends. Hurt feelings spread through the group like leprosy and they scorn this betrayer – this Judas. Eventually, the betrayer realises he doesn’t need these losers and follows his heart into the exile’s arms. Happily ever after or something. 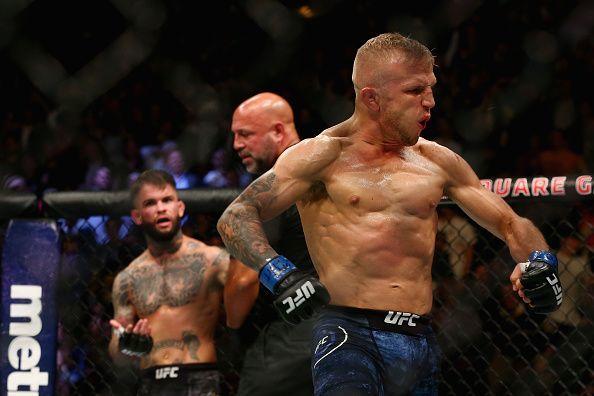 This is not the story of a teen high school drama but is, in fact, a summary of the events that have to lead us to TJ Dillashaw vs Cody Garbrandt 2 at UFC 227. The subjects in this pubescent play are amongst the best fighters walking the face of the earth, but the high school never ends apparently.

The Story So Far

Some details for the uninitiated: TJ Dillashaw and Cody Garbrandt were once teammates under the Team Alpha Male banner. Alpha Male brought in Duane “Bang” Ludwig as a striking coach, and he developed a particularly beneficial relationship with TJ, who would soon capture the bantamweight championship.

Despite having the appearance of a well-oiled machine, the team was battling some internal dysfunction, and Ludwig split acrimoniously. TJ remained committed to Bang, a development Cody – a member of Alpha Male – was late to discover. It’s silly. We all know it’s silly, but it’s also kind of compelling, isn’t it?

We’re used to MMA rivalries being conceived the way God intended: when a promoter loves money they make a fight, then the fighters just sort of figure out ways to hate each other. If it’s good enough for Conor and Nate then it’s good enough for you. When we get lucky though, bad blood precedes Dana’s sharpie touching that whiteboard, and we get just a little more salt on our meal.

A different kind of rivalry 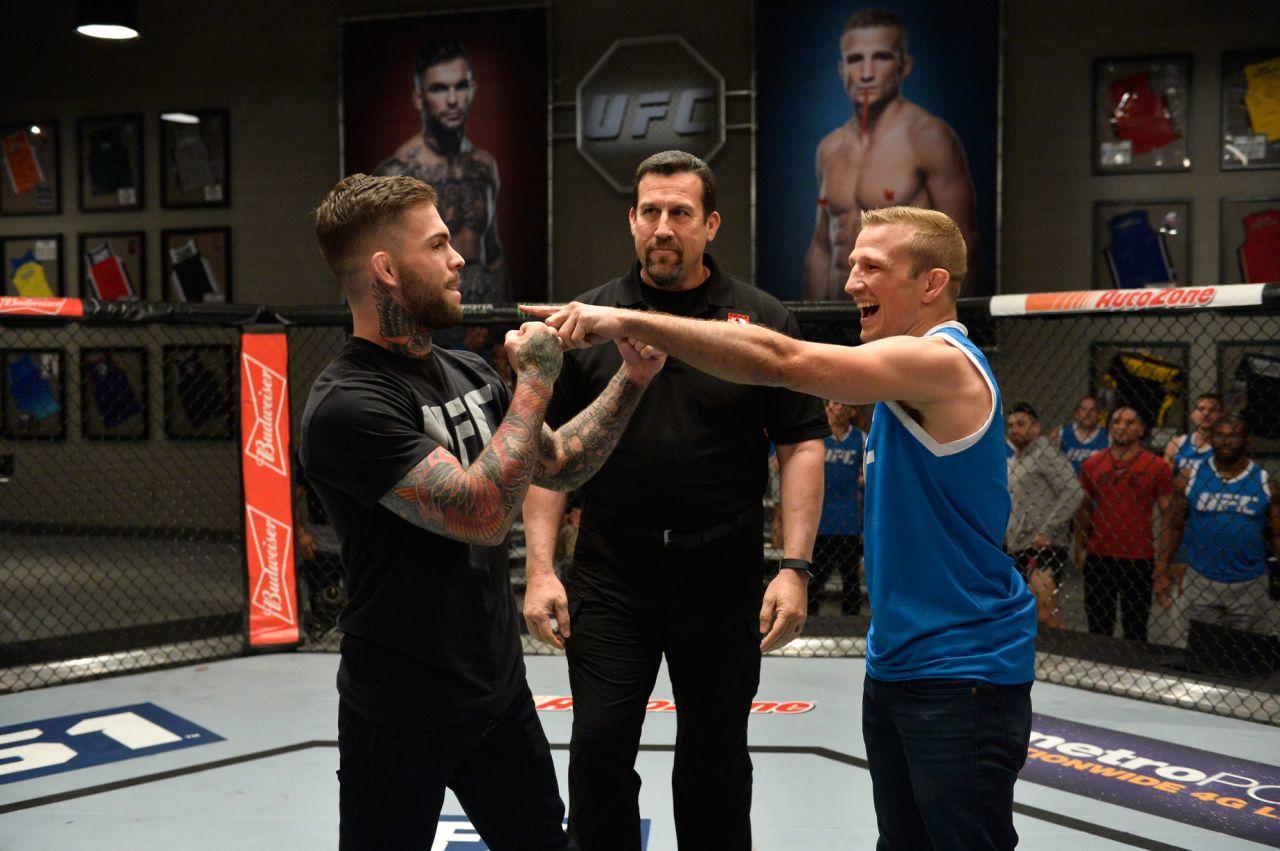 There’s a spectrum: at one end you have Jon Jones and his arch-nemesis Daniel Cormier, a feud steeped in failed drug tests, interim titles, personal insults and a true pursuit for the precious top podium. It’s a cocktail of your standard MMA ingredients and it goes down smoothly.

TJ and Cody are on the other end; it seems profoundly solvable – perhaps even wholly unjustified – no one is sure if it’s legitimate and they just tend to shout the same things repeatedly at one another whenever they’re in the same room.

Despite this, everyone seems to be looking forward to this fight. If we’re being honest with ourselves it appeals to the teenager loitering outside the off-license in all of us.

Remember that kid at school who lit a fuse in you without even speaking? Imagine both of you were expert martial artists and you were going to take your shirts off and fight in a cage on live television. Most of us have imagined a more deftly combative version of ourselves dropping our adolescent arch-rival off at the SmackDown hotel. TJ Dillashaw and Cody Garbrandt are about to do that as professional athletes. That’s ridiculous, but it’s also kind of brilliant because we all get it.