Nick Diaz: Who’s Next for the Returning Enigma?

The world of MMA rejoiced this week as news broke the Nevada State Athletic Commission had “seen sense”. And cut Nick Diaz’ ridiculous five-year ban down to eighteen months. Meaning the former Strikeforce champion and UFC title challenger would be available to compete inside the octagon again from August 1st 2016. “Seeing sense” is hopefully something the NSAC will continue to embrace. And sooner rather than later take the testing of cannabis completely of the list of substances tested for in fighters.

Anyway, having such a crowd-pleasing entertaining performer like Diaz back in the competition is certainly an exciting time and a time for optimism. So let’s take a look at the potential opponents for the Californians to return this summer. 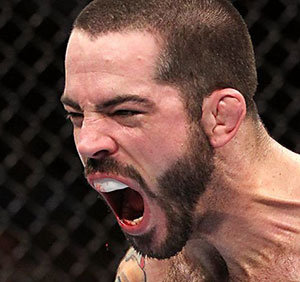 Like Diaz, Matt ‘The Immortal’ Brown certainly is a crowd-pleaser with his all guns blazing approach to fighting. This has seen him collect bonuses in four of his last six performances inside the octagon. And with these two fierce competitors possessing styles that are sure to blend well when the bell sounds. You would be a brave man to bet against them adding more bonuses to their records.

The Diaz return fight is a big money-spinner for the UFC, given the Stockton natives cult popularity. And with all the blood sweat and tears that the veteran Brown has spilt for the promotion over the years. Nobody could begrudge them if they wanted to reward him with this glamour match up. But first Brown needs to get injury-free and potentially get another win under his belt. 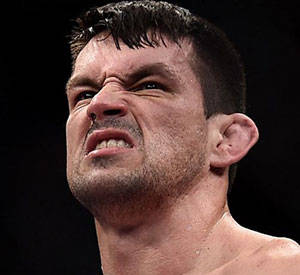 This fight isn’t exactly one that immediately has fight fans rubbing their hands with anticipation. But with a closer look, this is potentially a very interesting matchup. Since Maia has dropped to welterweight his stand up game has looked much improved. But against such a technical pressure boxer like Diaz, he would be a big underdog in that department.

Should Maia decide to take this one to the ground though, jiu-jitsu fans could be in for a real treat. Maia is in the elite group of grapplers in the world, but Nick Diaz really fancies his offensive style on the ground too. The long time Caesar Gracie black belt might just see this opportunity to prove himself as a top-level BJJ practitioner too good to pass up. 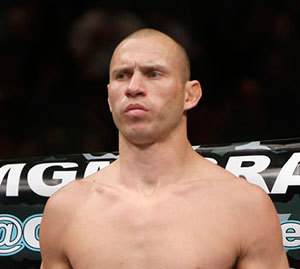 There is a bit of history with Cerrone and the Diaz brothers. Donald faced off against Nicks younger brother Nate back in 2011 and took a pretty bad beating at the hands of the younger Diaz. Cerrone is coming off the back of another pretty bad beating, against Rafael Dos Anjos for the lightweight title, thus sending the ‘Cowboy’ packing to the welterweight division.

A fight between these two charismatic and talented martial artists makes sense for the promotion as it all but sells itself. But one would think Cerrone will have to come through his welterweight debut with flying colours against Tim Means next month if he’s to land another high profile fight so soon. If he can do that we could be potentially looking at fireworks between these two, and that’s only the build-up. 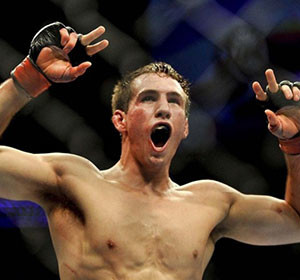 At only 26 years of age, Rory MacDonald already has a record that boasts bouts (the majority of which are victories) over some of the biggest names in the sport. Even in defeat in his title challenge to Robbie Lawler last time out. Rory earned himself a lot of respect and admiration in his part played in what was one of the greatest fights in UFC history.

A fight with Nick Diaz in August could be the perfect opportunity for both fighters to resurrect themselves in the welterweight division. Or as Rory has briefly spoken about a possible move up to the middleweight division, the fight could even happen there. Diaz’ last fight off course was at middleweight against the former long time champion and all-time great Anderson Silva. 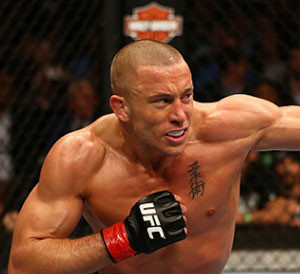 We waited so long for St Pierre vs. Diaz 1, it seems only fair to give us a second instalment. St Pierre won the first fight comfortably via unanimous decision but hasn’t fought now in over two years. And his last visit inside the octagon wasn’t his most memorable of performances. The Canadian got the split decision nod over Jonny Hendricks, but to say that was a generous decision would be an understatement.

I would doubt St Pierre would want to go out like that. And if he does decide to make a return to fighting in 2016, Diaz would be the perfect fight for him to come back with a bang. Given that the champion Lawler will more than likely be re-matched with Carlos Condit after a controversial decision win of his own. St Pierre is a proud man. And Diaz’ recent accusations of the former champs steroid use, wouldn’t have sat well with him. 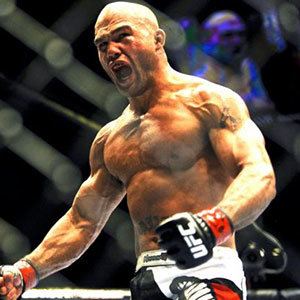 Carlos Condit was so upset at the decision going against him in his title fight with Lawler, he took a leaf out of Nick Diaz’ rational book and decided to publically retire from the sport. We expect that once Carlos has time to think things over and recuperate. And the offer of the rematch is put on the table in front of him, he will take it. But if he doesn’t, there is a slot to face the champion up for grabs, with no clear number one contender.

Up steps Nick Diaz. Many will say he doesn’t deserve a title shot given the fact that he’s on a three-fight losing streak, and they’re probably right. But we have seen from the UFC before that if it makes money for them, it makes sense. Diaz will also have the added advantage of holding a win over the champion when he knocked him out over ten years ago at UFC 47. It’s this kind of bait that could see Lawler just as keen as Diaz to get this fight on.