Looking at the next UFC stars to break through

I don’t want to sound like I’m harping on about this, but as mentioned in my article from yesterday, The UFC may be a bit short of main event level talent right now. That being said, they’re not short of young, hungry fighters just clamouring for an opportunity to prove they can fill the void.

There are a number of fighters, positioned all across the roster that may be on the cusp of stardom. Previous experiments such as Paige VanZant and Sage Northcutt are far from over, but they may have been overtaken in the pecking order by, among others, their most recent opponents. Below, I take a look at some of the up and comers that may be best positioned for a mainstream breakthrough over the next year to 18 months. 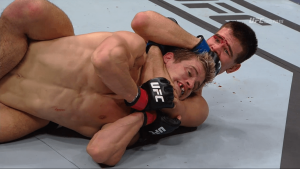 – The one bright spot from the entertaining but otherwise fruitless new show Looking For A Fight has made a trailblazing start to his UFC career. With a career record of 4-0, 3 of which came inside the Octagon and all four by RNC, Gall is one of the best young grapplers to enter the scene in some time.

Having comprehensively disposed of CM Punk, Gall immediately turned his attention to Northcutt. A lot of fun on the microphone, Gall has never failed to impress when given screen time and appears to be sufficiently motivated to keep improving. The once limitless faith the UFC had in Northcutt may well have now been passed on to Gall. 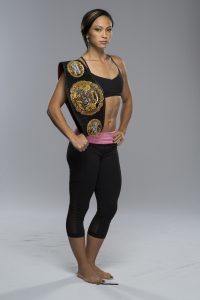 – A real stalwart of the WMMA indie circuit for some time, The Karate Hottie is one of the UFCs most prized up and coming stars. Already 31 years old, Waterson is not plagued with inexperience as many of the other prospects in her division are, and she made the most of this when she impressively choked out VanZant in December.

Waterson, who wore Invicta gold at 105lbs hasn’t lost at Strawweight since 2007 and has looked sensational in both of her appearances inside the Octagon (a rear-naked choke win over the game Angela Magana at the TUF finale in July, the other). In addition, and as an MMA purist I’m loathed to mention it, is a dime piece, as the nickname suggests. And that never hurts with marketability. 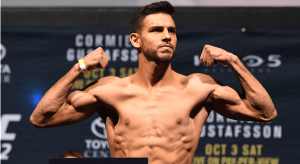 – A common technique for creating new stars in the world of Professional Wrestling is to give a young guy a prominent win over an experienced, established star. Well, Yair got that with his destructive victory over BJ Penn, however, the outcome may not have worked quite as well as it does in the world of pre-determined results.

Whilst much of the focus has been on how sad it was to see BJ so comprehensively outclassed, Yair’s phenomenal performance has gone under the radar. However now being 6-0 inside the Octagon, with a TUF Latin America win under his belt also, El Pantera’s career has been flawless thus far. What’s more, he hails from one of the UFC’s most targeted expansion areas and could be the Mexican born star the sport has been crying out for since it began.

– Another much-discussed Mexican prospect is Alexa Grasso. At just 23 years old, Grasso is already 9-0, having ripped through a short run in Invicta, going 4-0 over 2 years. What makes that even more impressive, is that she was mixing in more than respectable company.

TUF alumni Ashley Cummins and Jodie Esquibel, as well as the world, ranked Mizuki Inoue all appear on her record; as does another former TUF cast member, Heather Jo Clark in her impressive UFC debut last November. A technical striker, Grasso combines good defensive wrestling and an underrated clinch game with fast, crisp combinations with her hands. She’s both exciting and very marketable, and could be an intriguing 1-2 punch with El Pantera should the UFC increase their Mexican output. 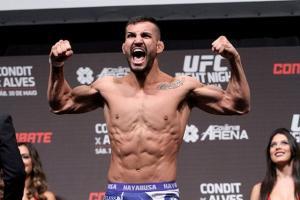 Already world-ranked, the American Top Team prospect is a perfect 11-0 so far in his MMA career, including a 4-0 UFC run that has been often delayed with an injury.

With his first 3 wins all coming over legit opponents in Chas Skelly, Paul Redmond and Lucas Martins, it is no surprise that Bektic has been appearing on lists such as these for the last few years. Now at 25 years of age, he receives a step up in competition at UFC 209, where he will face the king of the grind at 145lbs, Darren Elkins. An astonishing athlete, the Bosnian combines his physical attributes with impressive skills in all areas of MMA, which has resulted in both knockout and submission wins in his last two outings. 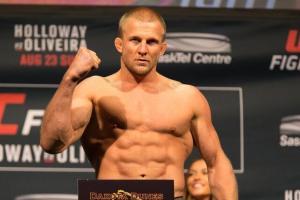 – Misha Cirkunov is one of the most terrifying prospects I’ve ever seen in MMA at this stage of development. An accomplished Judoka, a national level wrestler in Canada and Brazilian Jiu-Jitsu black belt, Cirkunov has won his last 8 straight, all by stoppage.

4 of those are in the UFC, which includes a knockout in his UFC debut, followed by three straight submission victories. The most recent of those, a guillotine victory over fellow prospect Nikita Krylov has propelled him into the top ten in the rankings, where he sits ominously like one of the most dangerous fights in a division in desperate need of new blood. 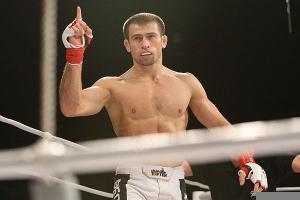 – Competing in one of the most stacked divisions in all of MMA, it’s a testament to how impressive the Chechen’s wins have been that he stands out at all. 5-1 in the UFC, and on a run of 4 straight stoppage victories, Taisumov is yet another dangerous member of MMA’s Russian Revolution.

A former M1 prospect, Taisumov is no stranger to the big stage, having fought for the M1 Lightweight title, and also appeared on the undercard of Fedor Emelianenko’s win over Jeff Monson back in 2011. A vicious Muay Thai striker who has spent time at the legendary Tiger Muay Thai camp in Phuket Taisumov holds an impressive 26-5 MMA record, and at 28 years old, possesses the right mix of youth and experience needed to make a serious run.

Taisumov may be ideal to ride the coattails of his compatriot, heir apparent in the 155lb division Khabib Nurmagomedov, who competes for the interim strap at UFC 209. With a potential show in Russia being strongly rumoured, Taisumov may be a key weapon if the UFC’s new owners decide to attack Eastern Europe in 2017 and beyond.