Where Are All The UFC Stars

15 or so years later, and thanks entirely to Dana White, Frank Feritta and Lorenzo Fertitta, we now have a sport where the biggest star is in demand by just about every single media source under the sun, and MMA is being mentioned alongside the NFL in a snotty speech by Meryl Streep.

The UFC has become one of the world’s premier entities in the realms of both sport and entertainment, but just as our great sport has almost made its way to the top of the mountain, we appear to be left without enough climbing spikes.

So why has this happened? Rollback 15 years and we had names like Chuck Liddell, Tito Ortiz, Randy Couture, Matt Hughes. We then had Anderson Silva, Georges St. Pierre, Nick Diaz, Vitor Belfort, Chael Sonnen. Do we simply have fewer stars now? Well, not really. Okay, Ronda may never fight again and Jon Jones is only 3-0 since September 2013(!). But in Daniel Cormier, Tyron Woodley, Jose Aldo, Cain Velasquez, Khabib Nurmagomedov, the list goes on and on. 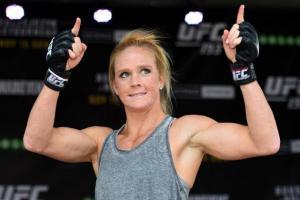 Yet despite that, there just aren’t enough stars to main event shows. That’s why BJ Penn had to the main event in Phoenix recently when he really shouldn’t have been doing so.

I happen to really like Shevchenko vs Peña, but that is followed shortly afterwards by main events of Bermudez vs Korean Zombie, by Holly Holm vs Germaine De Randamie (and that one is a Pay Per View). Derrick Lewis vs Travis Browne is headlining, Kelvin Gastelum vs whatever remains of Vitor Belfort is headlining. The next London show doesn’t even have the main event at the time of writing. And people are starting to take notice of this.

There is just no denying that these are substandard main events, brought about by the simple fact that the UFC in 2017 have got themselves into a position where they’re scrambling to book fights to fill events they’ve already booked, rather than having to book events to showcase the fighters on the roster. The difference between those two things is subtle but important. And it’s the difference between the UFC that became worth over $4 billion, and the UFC that now apparently is.

The question that the world’s largest MMA promotion has to ask themselves is this, how do we remedy this situation? Can you create a main event-level start from nothing, or do you simply have to wait for one to arrive? The answer is probably somewhere in the middle. 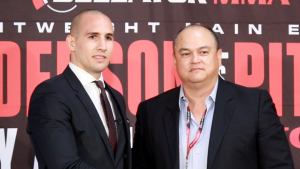 Due to a variety of reasons, most notably the Reebok deal, and the resurgence of competition from WSOF, Rizin and in particular, Bellator, the UFC have lost some major stars such as Rory MacDonald, Benson Henderson and Phil Davis, as well as missing out thus far on potential stars such as Michael Chandler and Marlon Moraes.

In addition to that, stars they invested a lot of time and money into, such as Paige VanZant, Sage Northcutt and disastrously, CM Punk haven’t worked out as well as planned after a few high profile losses. 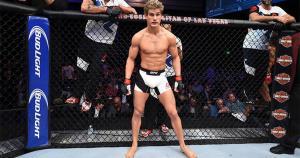 The UFC is filled to the brim with young stars (we have an article detailing some of them coming tomorrow), but as has been made abundantly clear over and over again, translating someone from prospect to main event star is a mixture of judgement, timing, talent and pure luck. One way or another, the UFC hasn’t put this combination together enough times recently to create the number of stars they need.

Under severe scrutiny after the WME takeover, and with every event they promote being highlighted by major media more so than ever before, the UFC is under immense pressure to deliver. Conor McGregor is taking time off of the sport as his family, and profile grows and is firmly in the sightline of the biggest star in combat sports history.

Ronda Rousey may never set foot in the Octagon again after two violent knockouts in her last two appearances. Dana White is without his two biggest stars, and staring down the barrel of his most trying time as UFC President in over a decade. All eyes will be on them as they work to turn some of the most negative coverage the company has ever received around, whether they like it or not.

Check back here tomorrow for our piece detailing some of the most promising young stars the UFC could look to catapult into the limelight in 2017 and beyond.