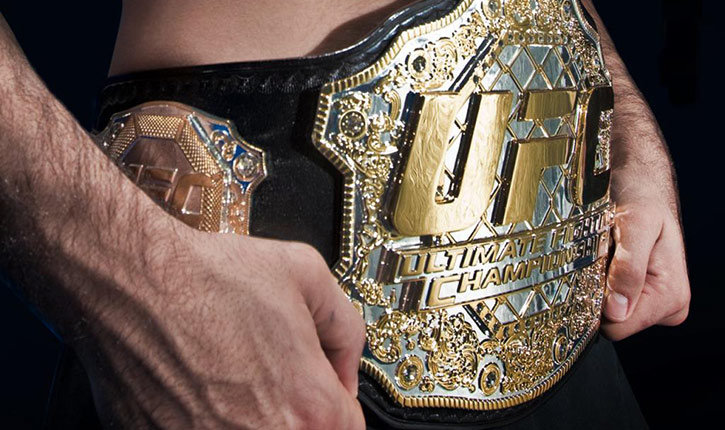 The first interim champion in the UFC was Randy Couture after he TKO’d Chuck Lidell at UFC 43 in 2003. Since then, many have held the interim title in the promotion such as Andrei Arlovski (beating Tim Sylvia at UFC 51), Georges St-Pierre(beating Matt Hughes at UFC 79), Carlos Condit (beating Nick Diaz at UFC 143), Fabricio Werdum (beating Mark Hunt at UFC 180) and more recently Conor McGregor (beating Chad Mendes at UFC 189).

Although there have been many interim champions, across many of the weight classes, the interim title is often regarded with a large asterisk. Even though, in most cases, they have beaten a lot of the top guys and usually a top 3 opponent they still have not beaten the true champion. And for this reason, do not receive full respect from fans, fighters, and of course the real champion.

Daniel Cormier, who beat Anthony Johnson at UFC 187 for the vacant Light Heavyweight title has been regarded by many as the fake champion since he lost his title shot against the suspended Jon Jones earlier this year.

Therefore, the Interim champion will only get the respect he deserves if and when he beats the actual champion. There has been multiple occasions where the interim champion successfully beat the true champ. We saw this when then interim champion Georges St-Pierre defeated welterweight champion Matt Serra and again when Fabricio Werdum absolutely dismantled Cain Velasquez when they finally met in the cage at UFC 188.

Currently, fans are eagerly waiting to find out whether or not ‘The Notorious One” Conor McGregor will be able to silence the critics and beat the true 145lbs champion Jose Aldo.

So, where is the respect for interim champions? It’s held in the hands of the true division’s champion.