Super fights What The Past May Tell Us About the Future

As will always be the case in combat sports, there is an insatiable desire to know just exactly who is the best. Be that across divisions, promotions or even eras. The concept of what we now call a ‘super-fight’ has been ingrained in the combat sports psyche for as long as promoters have been selling tickets.

Over 100 years ago, Nevada played host to the first bona fide super fight. It wasn’t global fight capital Las Vegas though, but Reno that held the so-called ‘fight of the century’. Between the first-ever black Heavyweight Champion of the world, Jack Johnson and the undefeated former champion, James J Jeffries. 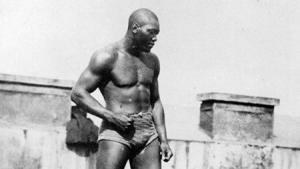 Johnson had laid waste to a string of ‘great white hopes’ after his 1908 win over Tommy Burns. And public dislike of the champion had reached fervour after Johnson’s win over the latest of these, Stanley Ketchel.

Jeffries was convinced to end a 6-year hiatus for a $120,000 dollar purse but was soundly outclassed. And following the first two knockdowns of his career, was stopped in the 15th of a scheduled 45 rounds.

Boxing has also had its share of leading stars crossing weight divisions for greater challenges and of course greater paydays. In 2001, Puerto Rican icon Felix Trinidad, who cleaned out the division at Welterweight. Beating the likes of Pernell Whittaker and Oscar De La Hoya, stepped up to middleweight to face Bernard Hopkins.

Trinidad, who stopped off at light middle on his way to stop consensus #1 ranked Fernando Vargas. Was putting his recently won WBA middleweight championship. As well as his undefeated record on the line against ‘The Executioner’. Hopkins’ 12th round TKO proved his superiority and set him well on his way to a record-breaking 20 consecutive title defences. 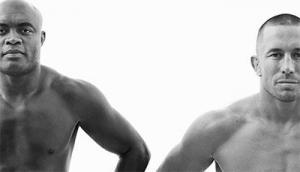 So to MMA, the UFC’s long-standing difficulties in delivering super fights have been well documented. With Anderson Silva vs Georges St. Pierre, Anderson Silva vs Jon Jones and Brock Lesnar vs Fedor Emelianenko.

Among the list of fights, Dana White & co have been unable to make. However, that is not to say there aren’t a number of examples where they have taken place.

Back in 2006, reigning UFC welterweight champion, and one of the leading pound-for-pound fighters in the sport, Matt Hughes main event UFC 60 in a non-title bout. His opponent was none less than Royce Gracie, the iconic winner of the UFC 1, UFC 2 and UFC 4 tournaments.

The fight drew great intrigue, garnering 620,000 PPV buys, at the time the UFC record. And became the first event to break the $20m barrier. Despite the pre-fight intrigue, the contest didn’t live up to the hype, and the reigning 170lb champion was a dominant victor. Almost breaking Gracie’s arm with a kimura before stopping with ground and pound in the first round.

Hughes, like his great welterweight rival Georges St. Pierre had a series of Superfights with longtime 155lb champion BJ Penn. The Hawaiian, who stepped up to 170lb for the first time at UFC 46. Submitting Hughes in the closing stages of the first round to become a two-weight world champion.

‘The Prodigy’ was stripped of the title after signing for Japanese promotion K.1 But would return to go 1-3 against the two 170lb kingpins. With a pair of high profile defeats at the hands of GSP and a 21 second knockout of Hughes in 2010 the standout memories.

Prior to Zuffa’s blockbuster buyout of Pride Fighting Championships in 2007. The Japanese organisation offered real competition to the UFC. As ‘The Iceman’ Chuck Liddell was careering through the UFC’s 205 lb division with his knockouts. Over the likes of Kevin Randleman, Guy Mezger and Renato ‘Babalu’ Sobral. Wanderlei Silva was doing the same thing in Pride.

‘The Axe  Murderer’ laid waste to MMA icons such as Dan Henderson (who enjoyed his own super-fight with Anderson Silva). And Kazushi Sakuraba in his destructive run through the Pride middleweight division. The MMA public was clamouring for the two to face off.

Liddell entered the 2003 Pride Middleweight Grand Prix as the official UFC representative. And was expected to face Silva in the finale. However, after a victory over a young Alistair Overeem in the first round, Quinton ‘Rampage’ Jackson.

Put paid to the dream matchup by forcing Liddell’s corner to throw in the towel in the 2nd round. Silva. Who would go on to win the tournament, would eventually lose to Liddell. Is one of the greatest fights ever staged in the Octagon after his return to the UFC in 2007.

In recent times, the much-coveted bout between Georges St. Pierre and Nick Diaz finally came to fruition in March 2013. After looking doomed for so long with Diaz being removed from a potential title fight after missing a string of media appearances. Then St. Pierre suffering an ACL injury prior to their mooted showdown at UFC 143.

Which led to Diaz losing his shot at the championship in an interim title bout to Carlos Condit. The Canadian would eventually win a unanimous decision against the former Strikeforce 170lb champion in his penultimate UFC appearance. In what was a disappointing conclusion to a much-hyped rivalry. 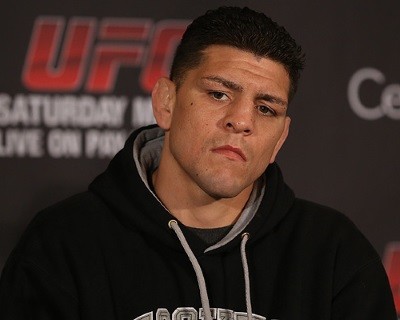 Proving Yourself in The UFC

The UFC’s insistence on forcing top stars from other organisations to prove themselves has often been a shrewd move. Strikeforce Heavyweight kingpin Alistair Overeem was given Brock Lesnar, not Cain Velasquez upon entry to the Octagon. 4 years later and ‘The Reem’ has still been unable to earn himself a title shot.

Likewise, Hector Lombard, whose lack of progress in the division he so dominated whilst Bellator champion forced him to drop to welterweight. Whilst fellow former Bellator champion Eddie Alvarez lost in his UFC bow to Muay Thai maestro Donald ‘Cowboy’ Cerrone.

Injury prevented Dan Henderson from cashing in his Strikeforce 205lb title into a shot at Jon Jones, but the experienced campaigner has gone just 2-5 in the Octagon since his fight of the century with ‘Shogun’ Rua, and revered Japanese star ‘Kid’ Yamamoto has been unable to get in the win column in his four UFC appearances thus far.

When All The Stars Align

For a super fight to take place, the stars have to align absolutely correctly. Like any promoter, Dana White will make the best fight for his organisation. The fight that strikes the balance between making the most money and still offering credibility, without passing over too many deserving contenders.

In addition to this, for a champion to risk his pound for pound status and aura of invincibility, it would have to guarantee them a blockbuster paycheck to make it worth it. In the case of Georges St. Pierre, for instance, who was breaking attendance records and leading the UFC’s PPV numbers, stepping up to face Anderson Silva was an unnecessary risk.

Whilst fight fans will always dream history dictates that bona fide super fights are few and far between. Though the stars do occasionally align, as the boxing world found out this year with the Mayweather – Pacquiao match, more often than not they fall by the wayside.