What is Trash Talking and Who are the Best in the Game?

Well, trash talk, by definition, is “insulting or boastful speech intended to demoralise or humiliate a sporting opponent.” There have been many fine examples of trash-talking, in MMA and other sports. Michael Jordan, Larry Bird, in basketball. John McEnroe in tennis, and many greats in the field of boxing, of course, most notably, the one and only Muhammad Ali.

Ali, was arguably the greatest trash talker of all time, with his quick-witted self boastful talk. Of how he turned the light switch off in his room and was back in bed before the room went dark. Or his more aggressive style, with verbal jabs at his opponents, threatening to “beat him so bad, he’ll need a shoehorn to put his hat on”. Ali was a cultural figure, an iconic fighter, and an inspiration for others to embark on trash talking there opponents. And many MMA Stars use trash talk as part of their game today, but does it actually work?

Well, some would argue, that trash talking is just setting yourself up for a fall. A thing that almost taints the sport in some ways. Those who want their champions to be full of honour, and respect, and all those things that children can look up to, and idolise, and aspire to be like. And then there are those fans who relish in the trash talk, those who love to see fighters duelling verbally before the battle. And today they have an abundance of outlets to feed their appetite. In fact, trash-talking today seems to be part of many more people’s games than ever before. 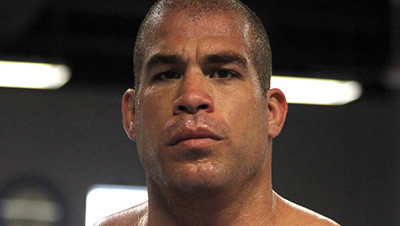 We used to have a handful of iconic trash talkers in MMA, Tito Ortiz was and always has been overly boastful of his skill set. And is more than happy to get inside the mind of his opponent. The infamous verbal assault on the ultimate fighter with Ken Shamrock. Led to Shamrock becoming intensely angry and overly aggressive against Tito, suffering two big losses as a result.

Of course, Nick Diaz, one of the all-time greats at trash talk, someone who’s mouth alone had a UFC champion screaming at president Dana White for a match against him. And someone who doesn’t limit his trash talk to outside of the cage. Nicks style in the cage includes constantly goading his opponent, sometimes to his fortune. And sometimes not, but in victory or defeat the taunting is met with wild appreciation from the crowd.

The notorious Conor McGregor has brought trash-talking to new heights during his time with the UFC thus far. He does it all, covering all angles in the very definition. He is boastful about his abilities, insulting, demoralizing and humiliating his opponents. Whilst entertaining the fans in doing so, but why?

Trash talking if nothing else, seems to get you opportunities. Look at Chael Sonnen has pretty much talked his way into not one, but two title fights in recent years. Some would say that even the great Conor McGregor is in the position today. Equally because of what he does both in, and out of the cage.

It’s not just the boys either, both of the current UFC women’s champions are brilliant trash talkers in their own right. Ronda Rousey is one of the best examples in the game right now. Rousey picks apart her opponents and exposes their weaknesses and her strengths, both in and out of the octagon.

We recently saw the UFC crown a new champion in Joanna Jedrzejczyk. Mentally tearing the reigning champion Carla Esparza apart before their contest had even begun. Constantly telling Esparza how she wouldn’t be able to handle her, and a new champion would be crowned. Esparza herself even admitted on the UFC embedded series that she had never experienced an opponent do that before and that she didn’t quite know how to deal with it.

And after the contest, the new champion attested the trash talk as being a key to her victory that night. Esparza was in there with a legitimate striker and multiple-time world champion. But you have to wonder if the talk did have some sort of effect on her performance.

More and more stars are going down the “McGregor” route. He has even inspired a parody account of himself in Ricardo Lamas. Lamas has recently made some videos starring “Conrad McGillicutty”, aiming shots at the man himself.

Khabib Nurmagomedov has gone from someone barely speaking English. To one of social media’s hardest working trash talkers. The man from Dagestan also goes past verbal attacks and throws in cleverly edited photos and Instagram videos. To make fun of as many people as possible. Raising his profile to new heights in the process.

With stars like Rousey, McGregor, Jędrzejczyk, Diaz, Lamas, and Khabib. And honourable mentions to the likes of, Bisping, Koscheck, Rampage, Sonnen, Mir. Whom all are or have gone down the trash talk route in their own special and unique way. One thing is for sure, whether it works, or whether you’re a fan of trash talking or not, it looks like it’s here to stay.