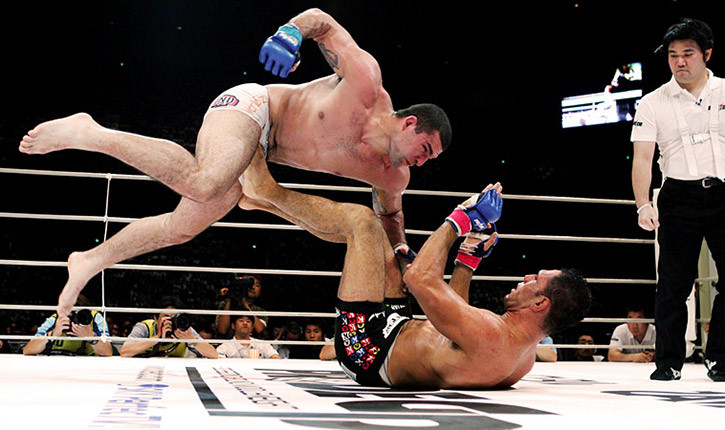 UFC 190 is packed from top to bottom with many big names, and has many interesting fights for the fans to be excited about. There is one fight in particular however, that may be of special interest to those fans that have been around for a while. When the UFC announced that there was going to be a Shogun vs Lil Nog 2, fans who’s memories that date back to the Pride days were rubbing their hands together.

Pride Critical Countdown 2005 played host to Shogun vs Lil Nog, a fight that would go on to become the fight of the year that year. It was the middle weight Grand Prix quarter finals and both Shogun and Lil Nog were undefeated under the pride banner. Both were young, hungry and proud Brazillian fighters. Both of them represented the most feared brothers in the game, the Nogueiras and the Ruas. On paper this fight should have been epic, and it didn’t disappoint.

The first round, a ten minute round, was absolutely incredible. The two men exchanged throws, takedowns, punches, knees, elbows and even knees to the head. Shogun battered Lil Nog with left hooks and leg kicks. Nogueira battered Rua with counter punches and submission attempts. The last strike that was thrown was a stamp to the head by Shogun, and that was just the first round. 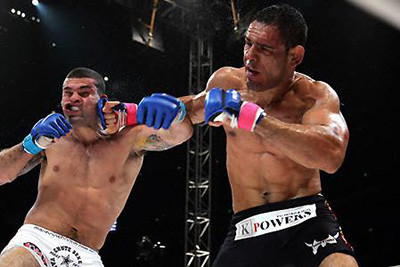 In the second round of it was more of the same, they simply battered each other on the feet and on the ground. If Kenny Florian was commentating, the term “Rock em Sock em Robots” would have been used more than Joe Rogans “Wow”. It was an incredible round, that warranted a third, which would be a five minute round to finish.

The final round was all out war on the feet until Shogun Dropped Nog with a left hook, and followed it with repeated head kicks on the floor and viscous foot stomps. Nog however wasn’t done, he rose back to his feet and the two men exchanged right until the final bell. Both men were battered, cut and swollen after a fight for the ages. It was Muricio Shogun Rua who took home the victory that night. But both men had showed that they likely had massive careers ahead of them.

At UFC 190 the two men will go toe to toe one more time. It may be fair to say that neither of these two Brazillian legends, two pioneers of the sport, are in their respective primes. Neither man may be listed as high as the top five anymore, but for the older fans this fight has nothing to do with rankings and opportunities. This fight is a chance to relive, and continue what was an epic first battle between these two men.

Shogun vs Lil Nog 2 may find it hard to recreate the same magic as it did back in 2005, despite how much the fighters and everyone else would like it to. But when you have unfinished business like these two have. When you have both now been champions and have the ability and resource to fight simply because you enjoy it. When you combine this with the fact that they are still top ten to fifteen athletes in today’s rankings, and that Brazillian pride and fighting spirit never dies, things could get interesting.

If you are one of the “old school” fans who remembers Shogun v Lil Nog 1. Then you need no persuasion to want to watch them do it again. If however you haven’t been fortunate enough to see the first fight, then you certainly don’t want to miss shogun vs Lil Nog 2.