It’s not easy being the champion of the leading mixed martial arts organisation in the world. There are the media obligations, the hassle of carrying around a huge lump of gold everywhere. The extra pound you have to cut to make weight. And of course, the queue is a mile long of badass killers who want to rip your head off, just ask Robbie Lawler.

For one champion, in particular, those killers are being presented to him thick and fast. Robbie Lawler, who made his UFC debut back in 2002 as a 20-year-old. Achieved his lifelong dream of becoming UFC champion when he defeated Johny Hendricks in December of last year. Lawler had been defeated by Hendricks eight months earlier for the vacant welterweight title. But after convincing victories over Jake Ellenberger and Matt Browne, he got his rematch.

You would have been forgiven for thinking Lawler had missed his opportunity after his defeat to Hendricks in the first fight. Hendricks was coming off one of the most controversial loses in recent years via split decision to then-champion Georges St Pierre. But ironically, even in defeat, Hendricks produced a career-best performance that night against an all-time pound for pound great. And in all honesty, should have been awarded the victory.

Shortly after his controversial victory, St Pierre announced he would be taking a break from the sport and relinquished his title. And in doing so blew the division-wide open. Robbie Lawler has been one of the busiest men in the division since St Pierre’s hiatus, fighting five times in sixteen months. But his hard work was rewarded in the Hendricks rematch when he prevailed victorious from a gruelling war. And in doing so captured that coveted UFC gold.

Robbie Lawler Was The Underdog

Lawler was the underdog heading into the rematch with Hendricks, and when the final bell rang the result really could have gone either way. Close and all as the fight was, you couldn’t begrudge Robbie his moment as he fought like a true warrior from the first bell to the last. As the final seconds ticked away in the final round, you could tell both men had very little gas left in the tank. But it was Robbie Lawler who emptied his tank with one final push, and that alone for me was enough to sway the decision his way.

The new UFC welterweight champion had proven a lot of people wrong by winning the belt, but his point proving wouldn’t be stopping there. Lawler was scheduled to make the first defence of his title against his former foe and the much improved Rory MacDonald. The young Canadian, who has been touted as a future champion for many years was immediately installed as the favourite heading into the bout. 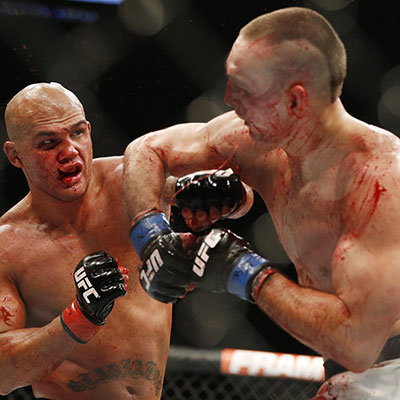 The fight went ahead at the massive event that was UFC 189 and didn’t disappoint as a spectacle. Fight of the Night winner and a sure contender for fight of the year. Bth men left absolutely everything in the octagon, including a few litres of blood each.

But it was Lawler who once again defeated the odds with an impressive fifth-round stoppage when MacDonald’s nose. That had been broken earlier in the fight, just couldn’t take any more damage.

Surely now all the doubters will give up and stop backing against the champion. Back to back victories over Johny Hendricks and Rory MacDonald leave him as the undisputed best fighter in the division, right?

Step forward ‘The Natural Born Killer’ Carlos Condit. Just when you thought it couldn’t get any tougher for Robbie Lawler. In terms of matchups, they hand him one of the most devastating strikers in the business, who isn’t afraid of getting a little bloody himself either. Condit off course is a long time contender and capable of knocking anyone out with his vicious Muay Thai striking.

The fight will take place in November in Melbourne, Australia at UFC 193. Stylistically this is a very dangerous fight for Lawler. And it wouldn’t be at all surprising if Robbie again was installed as the underdog. I can’t recall another time in which the defending champion entered the octagon as the underdog two fights in a row.

These statistics and betting odds shouldn’t be seen as disrespectful to the champions skill set or indeed his achievements to date. It just shows how competitive the welterweight division has become. A division that not too long ago was being run by one man alone in the shape of Georges St Pierre. And there is also the argument that perhaps Lawler thrives under adversary. Being the underdog is exactly the medicine the American needs to get the fire burning in his belly. 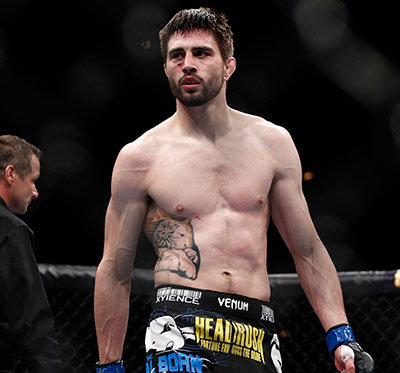 Should the champion get past the challenge of Condit in November, and I think by now everybody realises he’s more than up for the challenge. The shape of the division doesn’t look like giving him too much rest bite.

Johny Hendricks On The Rise

A resurgent Johny Hendricks, an elite submission artist in Damian Maia, and a flamboyant kickboxing expert in Stephen ‘Wonderboy’ Thomson are all making heavy waves in the division. And will all be expecting title opportunities at the turn of the year.

Not to mention the man that is bound to consider himself ‘the real’ UFC welterweight champion, Georges St Pierre. St Pierre and Lawler have never faced each other, and the fact that the last man Lawler defeated was a long time training partner, teammate and close friend of Georges. That might just be enough to entice the Canadian out of retirement.

And the UFC loves that fight, easy promoted as the long time champion makes a heroic return to dethrone the current champion. And seek revenge on behalf of his young comrade MacDonald.