Rico Verhoeven Is Back In Action

It’s here. It’s actually happening. The biggest fight we could possibly have imagined is taking place next weekend in Oberhausen, Germany. I hate to sound like a hype master (shout out to WME/IMG), but big-time kickboxing is back.

Of course, this used to be a regular occurrence. Back in the sport’s heyday, k1 was putting on Heavyweight wars between the likes of Semmy Schilt, Peter Aerts, Ernesto Hoost, and Ray Sefo, seemingly every month. We may have thought those days would never end, but we did not see the capitulation of the great promotion coming so soon.

Anyone who was paying attention knew of k1’s financial difficulties, and the demise of Pride just a few years earlier should have sufficiently portended the subsequent collapse of k1 in Japan as well. Yet still, we took it for granted. From seeing Remy Bonjasky delicately tiptoe his way through the field in front of 67,000 people at the Tokyo Dome in 2003, Alistair Overeem’s victory in 2010 was in front of just 11,000. The omens were there.

Although the great promotion still exists as a shell of its former self, firstly It’s Showtime, and then it’s successor, Glory, largely took the mantle of bigtime Kickboxing sometime around 2012. Hosting their first show in May of that year, Glory, accoutred with many of the aforementioned stars such as Schilt and Bonjasky, also brought new stars to the eyes of the masses.

Joe Schilling, Robin van Roosmalen and Nieky Holzken (one of mine and Brendan Dorman’s combat sport man-crushes), to name a few, emerged from the flames as the new torchbearers. 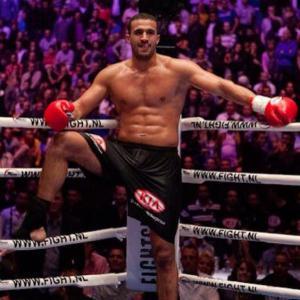 Rico Verhoeven has emerged as the number one in the Heavyweight division in the absence of Aerts, Hoost and the only man to defeat Verhoeven under the Glory banner, Semmy Schilt.

A series of impressive victories over the likes of Daniel Ghita, Gokhan Saki, and Errol Zimmerman has propelled the ‘Prince of Kickboxing’ to the top of the world rankings, to the Glory heavyweight title and the position of the undisputed king of the division.

Well, I say undisputed. There is one guy who disputes it quite vociferously. The bad boy of professional kickboxing himself, Badr Hari. Badr is a former k1 and former It’s Showtime Heavyweight champion, and is, without doubt, the most controversial figure in the history of the sport. Multiple arrests, bar fights, assault charges, police investigations and a couple of prison sentences. Badr Hari has one of the most impressive rap sheets combat sport has ever seen. And that’s quite the achievement.

Despite all the negative attention, Badr’s cult status and god-given talent for violence have allowed him to retain a raucous fan base, and a healthy position in the rankings – despite periods of inactivity and occasionally not mixing in the best of the company inside the ring.

In addition to this, Hari is buoyed by an unshakable belief in his own ability. A quick story – a few years ago (when Badr was the only relevant heavyweight in the sport not competing under the Glory banner) I wrote an article entitled ‘Top Ten Pound For Pound Kickboxers In The World’ for a now-defunct website I used to write for.

Badr Hari is Still Top 10 in The World

I generously included Badr Hari at #10 on that list, and only had him in at all due to me being a total fanboy. To put this in perspective, I omitted Tyrone Spong from the list to make space for him. Anyway, when the article was published, I promptly received an email from Badr himself vehemently protesting his low ranking!

And at that, here we have it. The biggest night in kickboxing since the Japanese heyday, ‘The Prince of Kickboxing’ going one on one with ‘The Dark Prince of Morocco’. They will headline the PPV portion of the card, known as Glory: Collision. 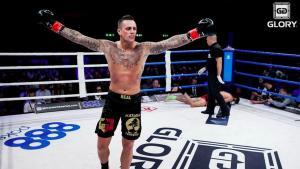 Also on the card, returning Heavyweight Jamal Ben Saddik, who holds a stoppage win over Verhoeven from back in 2011, takes on the seasoned Dutchman, #1 ranked Ismael Londt. Londt has been competing against the best in the world since his debut, and although relatively new to the promotion, will be looking to go an impressive 4-0 under the Glory banner in 2016.

Ben Saddik, who trains out of the infamous Golden Glory gym in Breda and is a student of the legendary Cor Hemmers, is just 26 years old and would love an opportunity to prove that his previous win was no fluke. Either way, the winner will be in prime position for a shot at the Rico Verhoeven’s Heavyweight belt.

Nieky Holzken, the Welterweight champion, puts his belt on the line. Undefeated under the Glory banner, Holzken is the elite of the elite when it comes to striking. One of the best boxers to ever compete in kickboxing, Holzken has dispatched some of the most dangerous strikers the sport has to throw at him, including Raymond Daniels (twice) and ‘Bazooka Joe’ Valtellini.

Holzken faces 24-year-old French knockout artist Cédric Doumbé in a fight that should whet the appetite sufficiently for the Heavyweight main course later in the evening.

Rounding off the PPV will be the finale of the women’s Bantamweight tournament, where the inimitable Tiffany ‘Time Bomb’ van Soest is the star attraction. The semi-finals of the tournament take place on the free portion of the card, with Tiff Time Bomb taking on Canadian Jessica Gladstone. The winner will face either French favourite Amel Dehby, or the unfortunately named Isis Verbeek of Holland. 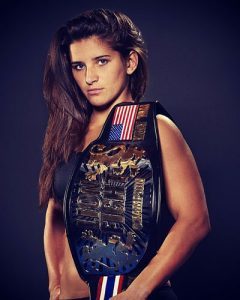 Elsewhere on the free main card, known as Glory 36 officially, a lightweight title fight between champion Sitthichai Sitsongpeenong who defeated Robin van Roosmalen in Amsterdam in the summer, and Marat Grigorian, the up and coming Armenian from Nick Hemmers’ camp.

The winner will next face one of Hysni Beqiri, Dylan Salvador, Anatoly Moiseev, and Yodkhunpon Sitmonchai, who will all compete in a Lightweight contender tournament, in which Davit Kiria is notable by his absence.

As popular as kickboxing was 15 years ago, it never quite broke through to the mainstream. However, we now live in an age where the thirst for high-level combat sport is more insatiable than ever.

In high-level kickboxing, that thirst can be quenched in the most brutal, violent and pick-up-and-play manner possible. With Badr Hari returning to the fold, we could have a rivalry to thrust the sport back into public consciousness.