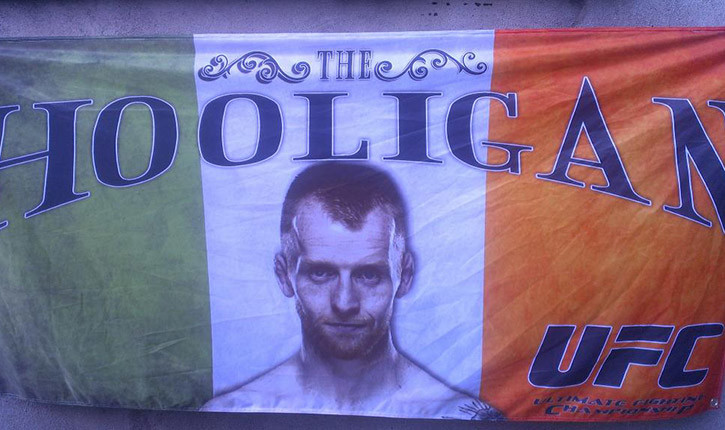 The last time we saw Paddy Holohan in action was January of this year when he scored a unanimous decision victory over Shane Howell. Now the Hooligan is back inside the octagon this weekend for the Ultimate Fighting Championships first time on Scottish soil as the promotion sets down Glasgow. We spoke with the SBG man before he headed off to find out what he has been up to! The good life in Tallaght and what’s he is expecting from the Glasgow faithful.

I’ve heard that you’re going to be opening up and SBG in Tallaght could you fill in some more details?

Is it something you have been working toward the whole time?

You must be quite the celebrity out in those parts. What’s it like walking around town on your average day?

Yeah it’s good, I get lots of respect mainly, know what I mean. People just respect that I got up and did something. I come from an area with a lot of council estates, maybe people who don’t believe in themselves. So they get down and get brought down different bad roads. So I’m a good, kind of beacon of light for those people. It’s not that I set out to do this, it’s just that I ended up in this position from putting the work in and it’s nice. I’m the people’s champ… The Cinderella man.

…are you referred to as Paddy or the Hooligan?

Out of curiosity can you remember the first time anyone ever use that term?

Ah, I was a kid in school. They would’ve called the hooligan at times and maybe when I was younger as well. It was just crazy, John had never met anybody I had grew up with or anything like that. And he started calling me the hooligan, cause he said there was a bit of mischief in me. When I joined his place I would’ve been and little bit, ammm.. crooked. 🙂

I know there are note teammates on the UFC Glasgow card. But what is it like when you are fighting with fellow teammates. Does it add to the nerves or does it empower you on the night? 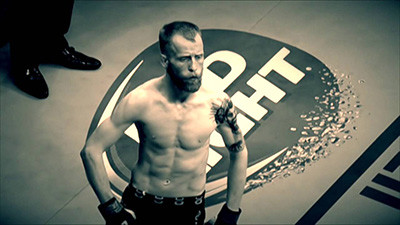 Am, no it all empowers me. We’re all individuals when we’re going out there. But there’s no doubt that when we are training together for fights and all. It’s that there’s a certain kind of pace and energy that we create. But when I’m out there and we’re doing our own individual warmups and things.

Sometimes I’m in the building on my own anyway because maybe the other guys are on a different card, maybe Conor won’t be coming across till later in the evening.

So it’s kinda like as though each individual warmup is your own. Each individual fight is your own and you meet after it. But like I said, I don’t really take pressure, I don’t deal with pressure. I don’t see that as something that comes to me. I fight for me I fight for my family, those who love me will always love me and those who don’t, don’t matter.

What are you expecting over in Scotland, obviously you’re fighting a British fighter.

Ah, no I’m expecting to be nearly fighting at home in Scotland. There’s a lot of people traveling over from Ireland that couldn’t make the Conor one. And there’s a lot of Irish people living in Scotland as it is. I can’t see him coming up from Birmingham to Scotland and getting a louder reception.

At the end of the day I’m happy with that, that’s only the first few seconds of walking out the door, after that it doesn’t matter. I love having my countrymen with me… them out watching me fight… going into battle. At the end of the day I’m in there and I’m trying to get rid of that guy on my own and we will celebrate after. Whether it’s here or it’s at home.