Nick Diaz on the Edge of Returning

If you’re a fan of mixed martial arts, which I assume you are or why else would you be reading this. Then it appears some good news is on the horizon. Fox Sports are reporting that the Nevada State Athletic Commission is on the verge of reducing Nick Diaz’ abominable five-year suspension and $165,000 fine. For testing positive for marijuana following his UFC 183 contest with Anderson Silva. 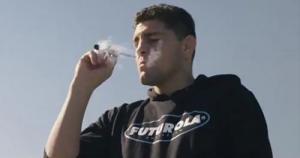 Now, even if you have been living under a rock this past couple of months. I suspect you’re still aware of the massive outcry among fighters. Celebrities and fans against the severity of the punishment for something as innocent as a man enjoying a smoke of one of nature’s kind gifts in the comfort of his own home. Something that has absolutely nothing to do with his ability to enter the octagon and perform in a safe and fair manner.

Reports suggest Diaz could see his suspension reduced to 18 months. And his fine $100,000. Still about a year and a half, and a grand to hefty if you ask me. But let’s face it, beggars can’t be choosers. One positive to be taken out of this complete madness is that due to the publicity the matter has generated around the world.

Hopefully, the NSAC will see sense and put aside some time to seriously revise their rules and indeed what substances they choose to test fighters for. Performance-enhancing drugs are a serious problem in the sport. A very dangerous and live problem, so all focus and energy. Not to mention money should be put into catching these cheats that threaten to ruin the integrity of our sport.

Nick Diaz Back In the UFC Octagon By July?

So if the reports are to be believed we could potentially see Diaz back in the octagon as early as July 2016. What would the return of the former Strikeforce champion mean for the UFC’s welterweight division. A division that he is no stranger to having fought for the title twice, first against Carlos Condit for the interim title.

And then in the much anticipated UFC 158 main event against long time foe Georges St Pierre. Unfortunately for Diaz he came up short on both occasions. But had his moments, especially in the bout with Condit was he pressed forward relentlessly. And forced Condit to produce one of his finest performances to date with an excellent display of counter striking.

I think it would be fair to say that Nick and Carlos have some unfinished business following their UFC 143 contest. With Nick showing particular distaste at the unanimous decision awarded on the night. Diaz told Joe Rogan in his post-fight interview “You know I don’t need this s**t. Do you know what I mean? I pushed this guy backwards the whole fight. He ran from me the whole fight.

I landed the harder shots. He ran the whole time. He kicked me in my leg a little bit. That was the way they understand to win in here, I don’t want to play this game no more.” Diaz subsequently was then denied a say in whether he played the game or not. At least for another year after the NSAC discovered that Nick had been smoking marijuana, and of course, deemed that unacceptable behaviour for some reason. 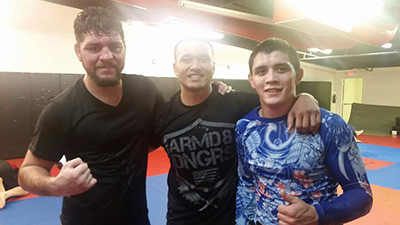 Diaz Taking on Condit For A Second Time

Diaz vs Condit 2 certainly is the marquee fight upon the Stockton natives return. But given that the latter is scheduled to face Robbie Lawler for the welterweight title on January 5th at UFC 195. Its unlikely Diaz would be granted an immediate title fight should Condit be victorious.

Should Condit loose though, the stage would be nicely set for a massive rematch in the summer of next year. All is not lost though if ‘The Natural Born Killer’ is victorious as Robbie Lawler himself may have some unfinished business to attend to in the shape of Nick Diaz. Diaz having defeated the UFC champion almost 12 years ago at UFC 47.

Diaz vs Condit and Diaz vs Lawler are both mouth-watering prospects, but the fun doesn’t stop there. Take a look down the UFC’s top 10 welterweights and we would be spoiled to see Nick step into the octagon against pretty much any of them.

Rory MacDonald, Tyrone Woodley, Johnny Hendricks and Matt Brown just to name a few. All of which represent absolute barn burners of potential matchups. That’s what Diaz brings to this sport, excitement. The combination of his boxing skills, tireless work rate. Offensive black belt jiu-jitsu game, and last but not least his genuine charismatic fearless attitude to the sport.

No matter what your opinion is of the personality of the man, or even if you think that it’s wrong for a fighter to be smoking marijuana, one thing’s for sure. If you’re a fight fan, you want to see Nick Diaz back in the octagon. Let’s just keep our fingers crossed for now and look forward to the return of a great fighter whoever he might be facing. And if my prayers are answered that fight will be against Gunnar Nelson. As the co-main event to Conor McGregor vs Donald Cerrone in Croke Park next August.