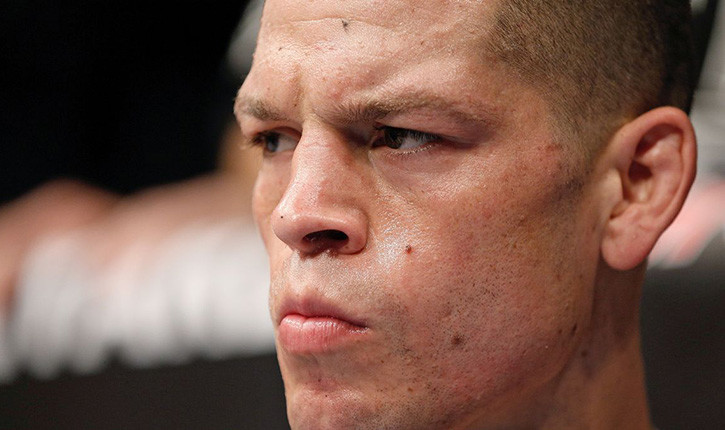 Nate Diaz, the Rise and Fall of Stockton’s Own

When the announcement was made for the fifth season of The Ultimate Fighter, the interest in the show had already started to decline since the inaugural season and its historic finale. The fifth season however, had something that would immediately garner the attention of the hardcore fans. It had a certain surname, and that surname was Diaz.

When you accompanied the obvious physical similarities between the two brothers, with the same finger flicking in your face fighting style. This season before it had even began, had a potential star in the making. As the season entered its live final Nate Diaz was one of the fighters stood in the cage. He had gone through the competition beating Rob Emerson, the late Corey Hill, and future title challenger Gray Maynard. With a shoulder injury in the second round to fellow finalist Manny Gamburian, Diaz was crowned the winner of The Ultimate Fighter and already had a huge following behind him and huge potential to match.

Things went from strength to strength for Diaz, winning his first two UFC fights post the show in the first round and both by submission. In his third fight and in true Diaz style he had demanded tougher competition from the UFC, and was given veteran Kurt Pellegrino. It was in this fight that the enigmatic Diaz really took the torch off his older brother. He caught Pellegrino in a triangle choke in the second round, and gave Pellegrino the double fingers before pulling on the kneck and securing the finish. The crowd went wild, and for the first time Nate may have been the more popular and more lucrative Diaz brother. Nate went on to claim one more victory over Josh Neer, before another similarity with his older brother was revealed, but this one was wasn’t in his favour.

Nate Diaz entered his pay per view debut fight against wrestler Clay Guida, having some success on the feet Diaz ultimately lost his first UFC fight, after being out wrestled for most of the fight. A win over Melvin Guillard sandwiched between two more losses to Joe Stevenson and Gray Maynard, had Diaz leaving the division to go up to welterweight. It also showed the potential for future issues with Diaz stating that he wasn’t paid enough to make lightweight anymore. This time the Diaz Nostalgia created by Nate, was a negative one, and a reminder of how the brothers can have you feeling as worried about their next move as excited.

After a stint of 2-2 at welterweight Nate returned to the lightweight division. Diaz would once again climb the lightweight rankings with wins over Gomi, Cowboy, and Jim Miller. The rise was on again, and now he had an opportunity to really outshine his older brother. A chance to achieve something the elder Diaz had never done, he got to fight for the UFC Lightweight belt against Benson Henderson. Again struggling with control by Henderson, Diaz lost the fight in a one sided decision. His and the fans hopes of being the first Diaz to hold a UFC belt, were over.

Diaz had signed an eight fight UFC contract just before the Henderson fight, one that he would go on to claim he signed whilst unhappy with it. After the Henderson loss Nate was knocked out by Josh Thompson, and by this point was making more headlines through moaning about his financial situation than by what he was doing in the cage. After a brief return and victory over Gray Maynard in November 2013, he had his brother back in the UFC and atop of the welterweight division. Nate though, rather than make talks of another comeback run decided he was not paid enough to compete at all. 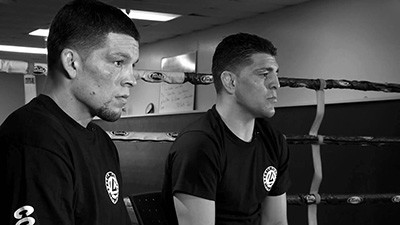 Nate Diaz sat out of the sport for over a year, constantly complaining about not making enough money or getting the ranking respect he deserves. On May the 5th 2014 he did get a shift in the official rankings, when he was removed from the list entirely for inactivity. Unlike Nick, Nate hadn’t quite achieved the mystique and the cult following of his older brother.

Rather than his absence be a power move to financial gain, it was met with responses of not being a needle mover, and seemed to annoy rather than entice Dana White. Seemingly not important enough to the UFC for them to offer any change to his recently signed eight fight deal, Diaz just stopped fighting.

With the hiatus clearly not doing him any favours he returned to face Rafael Dos Anjos in December 2014. An opportunity against an incredible opponent with potential title implications, Diaz came in 5lbs over weight. It was almost a sign that he wasn’t really interested, or maybe a subtle one finger salute to the UFC brass who knows. Diaz got battered by Dos Anjos that night. When you take off his fine for missing weight this means that since November 30 2013, Nate Diaz has fought once and made $13,000.

From the guy that won the ultimate fighter and had an army of followers based on his style and achievements, and a whole other generation of fans based purely on his surname, Nate Diaz could have achieved things his brother hadn’t. But instead he only seemed to exceed his brother in how far he’d let his career slip away. Even Nick is smart enough to take big payday fights that he admits himself he doesn’t even enjoy, but he does want the money. And unlike Nate, Nick had done enough in his legacy to be able to secure those fights. If Nate wants the same opportunities he is going to have to put in some more ground work and re build his image, legacy and legitimacy with the fans and the UFC.

Sadly however, when a fight rumoured in July 2015 against welterweight top fighter Matt Brown seemed to make some noise, Diaz once again quickly dampened out any hopes of a happy ending for the fans by complaining and moaning about his situation, and the fact he wasn’t happy about how the fight was announced.

It may not be the case anymore that Nate Diaz is potentially loosing the best part of his career , and the small window of opportunity that fighters have to make the millions of dollars that he so badly craves. Unfortunately for Nate Diaz it may be the case, that he has already sat out just a little too long, moaned and complained a little too much. For the younger Diaz brother, it may already be too late.