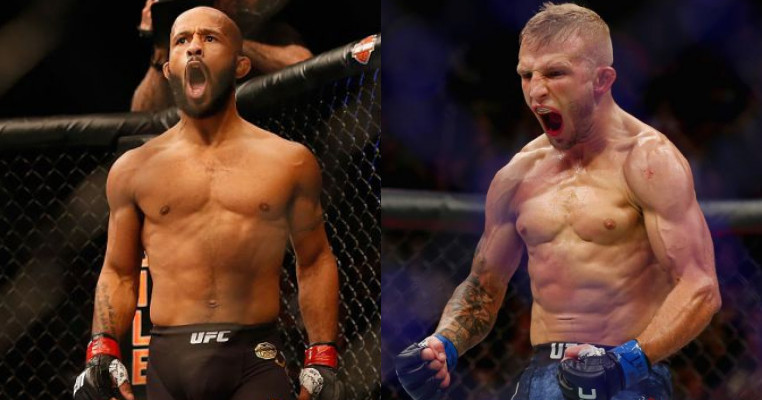 Matchmaking in MMA seems to be on the rise again, here is my must see fights in MMA this year…

After a rough 12 months the rest of 2018 looks as though it could be a real treat for fans. The emergence of a batch of upcoming fighters such as newly crowned champion, Rose Namajunas, the new featherweight contender Brian Ortega as well as the announcement of UFC Liverpool, spearheaded by local boy Darren Till, dare I say it, MMA has a lot to look forward to?!

Two fighters that are part of Bellator’s new breed, this has been a feud that has slowing been building over the past 12-18 months.

This has all the makings of a great rivalry and one Bellator can continue to promote for years to come.

Both fighter’s have unique fighting styles, personalities and given their infancy in the sport this has the makings of a classic trilogy that could comntinue to build Bellator’s brand.

THE GORILLA PUTS THE WELTERWEIGHT DIVISION ON NOTICE

Darren Till versus The top 10 welterweight division 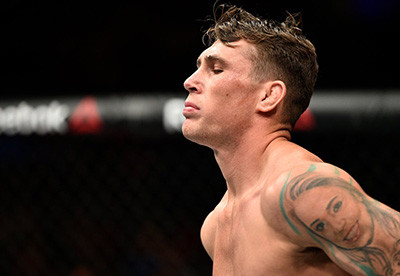 Following on from the Scouser’s promo at UFC London, it is safe to say the promotion may have found their next big European MMA superstar.

Despite last year’s demolition on ‘Cowboy’ Cerrone, Till seems to have struggled to make traction with facing off against another one of the division’s top ranked contenders.

This all looks set to change in May, as he will headline the first ever event at Liverpool’s Echo arena.

The thought of Till going toe to toe with the likes of Rafael Dos Anjos, Stephen ‘Wonderboy’ Thompson, Colby Covington and Kamaru Usman would be entertaining from the first patch of promotion through to eventual face-off in the Octagon.

Till is definitely the man to watch in 2018.

A true super fight in every sense of the word. Champion versus Champion, with two of the most dynamic and entertaining fighters in the UFC.

Whilst recent reports indicate the negotiations may be going stagnant, this remains a wish-list fight for the fans.

There is no question of both men’s credentials and this fight could go on to further cement DJ’s claim as the premier pound for pound fighter. 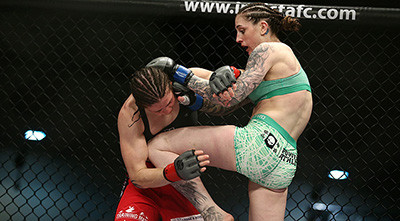 Rumblings continue that Amanda Nunes v Cris Cyborg is the fight the UFC brass wish to make, however, the real test Cyborg so badly craves is with Megan Anderson, the current Invicta featherweight Champion.

What makes the fight so interesting is how they would match up.

Megan would have 3 inches over her opponent and crucially, is a natural 145lb’er, couple this with her Muay Thai style and this could finally be a fight which gives Cyborg an intriguing set of challenges to deal with.

THE MOST HIGHLY SKILLED FEATHERWEIGHT TITLE FIGHTER EVER

This one looks set to co-headline UFC’s international fight week at 226. Being touted as the ‘biggest fight at featherweight since Aldo v McGregor’, this one arguably offers up an even more intriguing bout.

Brian Ortega’s ko of Frankie Edgar has made people sit up and take notice. Already a high level BJJ specialist, the diverse striking he used to KO Edgar has shown he has more than one way to finish a bout.

In the other corner, Max Holloway has really come into his own as champion.

His dismantling of Aldo has proved he is the king of the 145lb division and his hunger to be the best will ensure this is a close to a 50/50 fight as it gets.

This fight is too good to happen just once and I can see them fighting 2 or 3 times more…sign me up!

The winner of Khabib Nurmagomedov/Tony Ferguson versus Conor McGregor

Similar to the fight mentioned above, UFC 223’s main event is truly a pick ’em! A unique clash of styles, coupled with the storyline that comes with the fact this fight has been almost 3 years in the making, the winner will not greater strengthen their resume, but they will hopefully be giving the money fight…Conor McGregor.

Make no mistake, Conor McGregor’s return to the Octagon is up there with Mike Tyson’s return bout with Peter McNeely in terms of the attention it is set to draw.

It will be nothing short of epic tv.

The UFC need to go all guns blazing on this one, a multi-date promotional world tour, a countdown show, everything including the kitchen sink needs thrown at this .

This would be nothing short than spectacular from start to finish.

All 3 competitors have the ability to utilise their skillsets to pose problems from one another.

This one just prints money, whoever the winner. 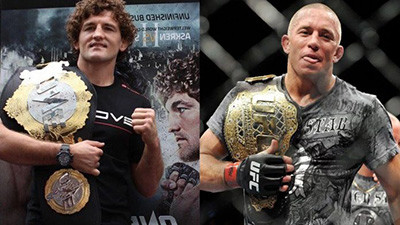 Another fight which has been spoken about for years.

This would pair the best welterweight outside the UFC, versus the Welterweight GOAT.

How this fight can come to fruition given the feud between Askren and Dana White is anyone’s guess.

Whilst this fight certainly wouldn’t be the most entertaining in terms of spectacle, this would be offer a true test of each other’s men’s skillsets.

A Diaz Brother versus literally anyone

CM Punk, Floyd Mayweather, Brock Lesnar, Conor McGregor or the Incredible Hulk…I don’t care…let’s just get both Diaz brothers back in the Octagon in 2018…

Gegard has a difficult bout set for Bellator 200, but should he successfully defeat Rafael Carvalho, the hype built around a super fight with Rory MacDonald well begin.

This fight would pitch two top tier talents that were a massive coup for the promotion and could be one of the biggest fights in Bellator’s history.

WHO IS THE BADDEST MAN ON THE PLANET? 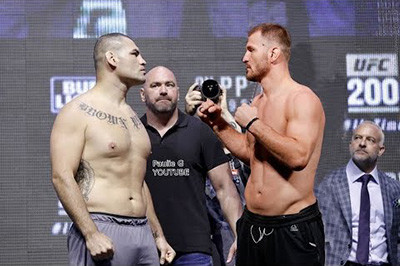 Ever since Stipe won the belt in 2016, the shadow of Cain Velasquez has loomed large.

Stipe has become a history maker, and is finally getting the respect he deserves as ‘the baddest man on the planet’.

Meanwhile, the former champion (Velasquez) has faced numerous injuries and surgeries over the past 2 years, the AKA standout looks set to return to the Octagon in mid-2018.

Whilst Cain may very well be on the slide, and not at the optimal health as he once was when he dethroned Brock Lesnar, he still offers up a mirror image of Stipe’s fighting style.

Relentless pace, cardio for days, strong wrestling background, not to mention they both men hit hard.