So here it is. The article I really didn’t want to write. But I’ve been thinking about how I see it going over the last few weeks, so I figure I may as well turn that into something productive, rather than just drunken conversations in bars. Like most combat sportswriters, I have some very strong opinions on how this boxing megafight is gonna play out.

Unlike most combat sportswriters, I freely admit that I’m talking out of my arse for the most part, as we really have nothing to go on with regards to Conor McGregor. 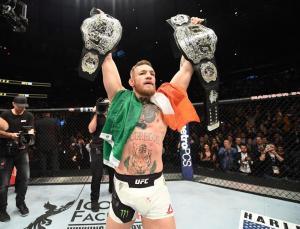 his gas tank, and we don’t know what his strategy will be.

Despite all that, the case for Conor goes something like this. Firstly, Floyd Mayweather has had a reach advantage in almost all of his fights. He fought a 6”1 guy called Tony Pep back as a super feather in ’98 but I can’t find his reach.

Other than that, it’s only ever been Oscar De La Hoya (who Floyd really struggled against). Conor will go into the fight with a 2-inch reach advantage, with 74” to 72”. Whether reach matters if he simply cannot lay a glove on Floyd however, is a different matter.

In addition to that, people will talk about Conor’s “power”*. This to me is a ridiculous point, as Floyd Mayweather has fought plenty of guys with strong knockout ratios, Manny Pacquiao, Ricky Hatton, Oscar De La Hoya, Miguel Cotto, Canelo Alvarez. Fill in the blanks. There’s nothing to say Conor brings power up to 8oz gloves that is on par with what he can do with 4oz.

Conor McGregor Can Knock anyone Out With One Punch

*I’ll just clarify – I’m not saying Conor can’t knock him out. He can. Conor McGregor can knock out anyone with the right shot. But I’m not in the business of giving credence 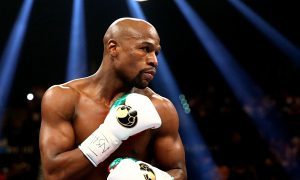 to pundits pointing out that Conor has a punchers chance.

Quick side note – One thing I do know, however, is that Conor’s MMA career reveals none of these answers. They are different sports. If you see anyone try to make a technical point on this fight using Conor’s MMA career as a reference, turn off that video, click off the article, change the channel, run out of the pub. Whatever it is, get those shitty opinions away from you as quickly as possible.

The other one you hear a lot is that “Floyd struggles with southpaws”. So let’s put this one to bed once and for all. Floyd Mayweather struggled with ‘a southpaw’, his name was Zab Judah. Floyd made the necessary adjustments, won a unanimous decision, and hasn’t faced problems on that level with any subsequent southpaw foes.

First interjection: Conor looked excellent in the sparring videos. He was far better than I could ever have expected. Slip, push, knockdown – whatever. None of that matters. Conor was pressurising and landing shots on a professional boxer. Whatever the circumstances, you can’t take that away from him. 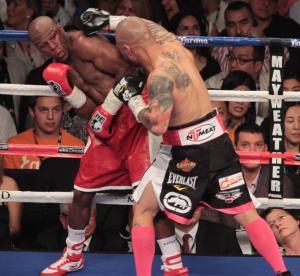 As a scribe and a supposed aficionado myself, I pay very close attention to boxing. I’ve done my research. I’ve watched everyone from Willie Pep to Pernell Whittaker, from Rigondeaux to Lomachenko, from Sugar Ray to Bernard Hopkins. My conclusion is this – Floyd Mayweather Jr is the greatest boxer ever to lace up a pair of gloves.

The Ring Mastery Of Floyd Mayweather

His reactions, instincts and defensive mastery have allowed him to put together a 49-0 record in some of the most star-studded divisions in a peak era for lighter-weight fighters. He has a who’s who on his record and he has dispatched them all with only a handful of scares.

Second interjection: I do not believe that a novice martial artist, as talented a fighter as he may be, will be able to do what Shane Mosley, Canelo Alvarez and Manny Pacquiao couldn’t and straight outbox Floyd. I can’t imagine a world where that is possible.

I have to assume Conor’s people will believe the same thing. Therefore I have to assume they’re going to come up with a game plan. I believe Conor McGregor is going to start this fight with a thunderous pace, if not from round one (Floyd will likely be prepared for this strategy), I believe Conor will have a 3-4 round spell before the halfway mark where he throws everything he has at Floyd and asks him to box at breakneck speed.

It is my view that if this fight passes the halfway mark, Floyd Mayweather will be absolutely in control from that point onwards if he isn’t already. Mayweather’s conditioning may not be better than Conor’s, but it doesn’t have to be – because he’s not the one boxing the greatest of all time. I think Conor must stop him before the 6th or 7th round if he is to win this fight. 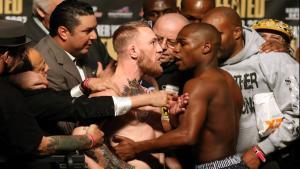 All of that being said, here are the ways I can see this fight going, ranked from least to most likely:

Conor McGregor wins by knockout inside the first 6 rounds:

As previously mentioned, I think this is going to be Conor’s game plan. And if he catches Floyd cold, we’ve all seen enough in the past to know that Conor’s left hand can put anyone away. I see this outcome as unlikely, but possible.

Floyd Mayweather wins on points: Regardless of how the fight plays out, hearing the bell would be an admirable result for Conor. Many people are predicting this outcome, and whilst I don’t agree, I could certainly see it as a possibility.

Floyd Mayweather wins by knockout inside the first 4 rounds: This is a legit possibility. Please don’t think it isn’t. I can conceivably see a world where the gulf in skill is so large and obviously large, that Floyd doing anything other than putting him away would look phoney.

There is nothing in it for Floyd to simply outclass an 0-0 novice for 12 rounds the way he might to another world champion boxer. If the fight is very obviously there to be finished, Floyd will likely have to finish it.

Floyd Mayweather wins by stoppage in the second half of the fight: This is the way I see this fight going. I see Conor burning himself out somewhat, Floyd weathering an early storm and coming on stronger and stronger as the fight goes on. By the 8th, 9th, 10th rounds.

I think Floyd will have been lighting Conor up like a Christmas tree for a solid few rounds already. The constant punishment will eventually lead to the referee, or maybe even Conor’s corner, pulling the Irishman from the fight.

Hit us up on Twitter to let us know how you think it’ll go. Whether you’re going with Floyd, Conor or just here for the spectacle. Just don’t miss it.