The last time a European fighter with the potential Marc Diakiese has entered the octagon he went on to do quite well for himself. I’m talking about the former UFC two-weight world champion Conor McGregor.

Ireland’s notorious one has reached phenomenal heights in the sport. He’s done so by gathering interest from all over the world due to his highly entertaining and humorously brass persona. But he needed much more than that, just take a look at his annihilation of Eddie Alvarez to capture the lightweight title if you need reminding.

Outside the octagon, there is nobody that can be compared to McGregor in the talking the talk side of professional mixed martial arts. Democratic Republic of the Congo born Diakiese, now fighting out of Manchester England, looks as capable as anyone to emulate his walking the walk side of the game. 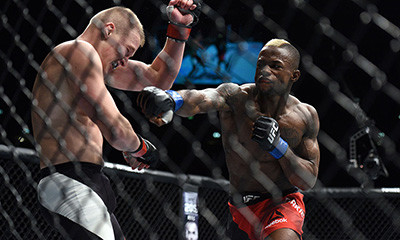 The undefeated lightweight (12-0, 3-0 UFC) came to prominence in Europe when he captured the BAMMA Lonsdale Title in 2015. He defeated Jack McGann via unanimous decision before embarking on a thunderous couple of defences that would ultimately lead to the UFC snatching him up.

In his first defence against Rick Selvarajah in Dublin, it took Diakiese a mere 24 seconds to dispatch of his opponent. A triple jab set up an overhand right that connected like it had been thrown from the other side of the 3e Arena.

He brought that monstrous overhand right with him to his next defence and delivered it with almost identical lethal consequence. Kane Mousah’s jaw was the target this time as he hit the canvas like he had been walloped with a sledge. The fight dragged on a bit this time though, all the way to 36 seconds (yawn).

You can see where the comparisons to McGregor come from. He has devastating power in his favourite hand that tends to only take one punch to get the job done. But the comparisons don’t stop there.

Diakiese also likes to talk a good game too in an attempt to get the psychological edge before the opening bell even sounds. But it’s the manner in which both men approach the art of fighting where I see a familiar pattern unravelling. 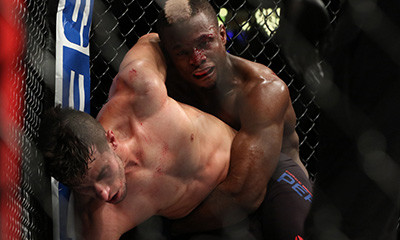 Both men ooze confidence and like to mix up their offence in a free-flowing of the cuff manner. Aggression, fluidity, spinning techniques, front kicks to the body and flamboyant capoeira movements are all very familiar when analysing the early UFC careers of both men.

McGregor also had two highly impressive knockouts sandwiched between a solid decision victory in his first three UFC contests. The Irish man’s fourth bout was his breakthrough moment and Diakiese will be hoping for the same come Friday night. Granted McGregor’s was the highly rated scalp of Dustin Poirier.

But you can only beat what is put in front of you. Drakkar Klose isn’t a name like Poirier but he is still an undefeated fighter and a solid test for Diakiese. Should the ‘Bonecrusher’ get another impressive stoppage against Klose, be sure he will have his eye on the bigger names floating around the top 15 of the division.

It must be noted that Diakiese is still only 24 years of age. A raw talent, yes, but developing at a rapid pace you only see once in a blue moon. Some people are just born to do this.

It’s like the greatest martial artist ever Bruce Lee used to say, “Honestly expressing one’s self”. You get these fighters every once in awhile where it’s not just about winning; it’s about winning in style. Marc Diakiese is one of those fighters.