The 205lb division in the UFC has always been the flag bearer of the brand, from Chuck Liddell through to Randy Couture, Tito Ortiz, Forrest Griffin, Rampage Jackson. And in recent years Jon Jones; it has always been one of the most competitive and exciting divisions.

In recent years however the challenges the division has faced include perennial ageing contenders. The loss of top-level contenders Phil Davis and Ryan Bader to Bellator, and crucially a lack of talented fighters to break into the top 10…

Whilst longer term the division still looks to have a lack of young up and coming top-level fighters. In the short to medium term, it seems that a mini-tournament for the title has begun to take shape. It is amazing how one fight can lead to multiple match-ups being made, but last night’s bout in Stockholm did just that.

Whilst it wasn’t as clinical or as devastating as Anthony Johnson’s quick KO of Glover Texiera last year. Alexander Gustaffson’s array of strikes for a near-full 5 rounds of action proved he was back to his best. Peppering Texiera with combinations of elbows, hooks and a devastating uppercut he seemed to find time and time again.

Is Gustaffson ready to meet the winner of Cormier versus Jones? Not in my personal opinion – I feel Jimi Manuwa is the worthy (and fresh) challenger, with a style that causes both Cormier and Jones real problems. 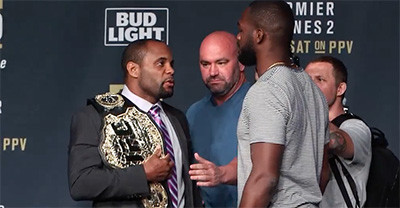 To step into Sean Shelby’s shoes

The winner of Cormier v Jones versus Jimi Manuwa

Gustaffson versus Oezdemir is a bout that makes sense for both men – in Gustaffson’s case should he win, it cements his place as the next title challenger at his 3rd attempt at the strap. There is already a background in place as he has history with all 3 men involved in the potential title tilt of Cormier, Jones and Manuwa. Volkan Oezdemir arrival to the upper tier of title challengers was announced last night as he impressively knocked out fellow rising 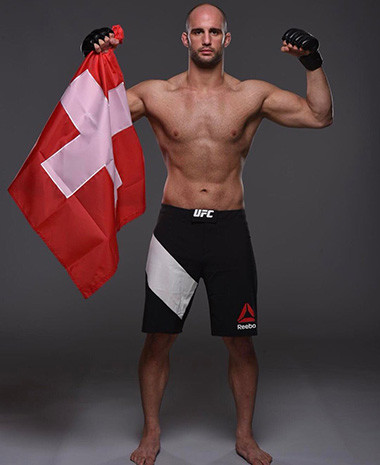 Whilst it was likely the UFC’s matchmakers hope to set up Cirkunov as the next rising challenger, the fact Oezdemir played spoiler isn’t the worst thing to happen. A win against Gustaffson could really send shockwaves across the division and also give it a much-needed shot of adrenalin. With a relatively young (27 years old) up and comer whose, fighting style could cause some real problems.

On the flip side, the hype train of Misha Cirkunov seems to have derailed for the time being. Cirkunov was, unfortunately, a victim of being too eager to impress and in his striking exchange with Oezdemir, he was unlucky to be clipped behind the ear on his way to a TKO loss.

The More Things Change The More They Stay The Same

Nothing changes drastically for him, as he was always likely 3 more wins away from a title shot. So the sensible option here is to meet Glover Texiera towards the end of this year once both men have been medically cleared to fight.

It would prove an acid test for both men. Glover, in particular, seems to have well and truly moved out of the contender category. But last night’s bout with Gustaffson he truly gave everything of himself. A fight between could be seen as a crossroads for both men.

Add Gokhan Saki to the mix and suddenly 205 looks like it has a batch up of very exciting matchups and hopefully a few intriguing rematches to come to fruition! Long may this continue!!!