British MMA fighter Lee Murray became one of the most widely known people in the sport. When in 2006, he masterminded the biggest bank heist in British history. In a well-planned and coordinated attack on a cash depot. In which Murray and his gang managed to make off with over $90 million dollars in cold hard cash.

At the age of 30, Murray was believed to be the brains behind one of the biggest crimes on British soil. Dwarfing the previous major heists like the great train robbery in 1963. Dressed as policemen, his gang abducting the Securitas depot manager by the name of Colin Dixon. Who was taken to a secluded farmhouse where soon after his wife and children were also brought. 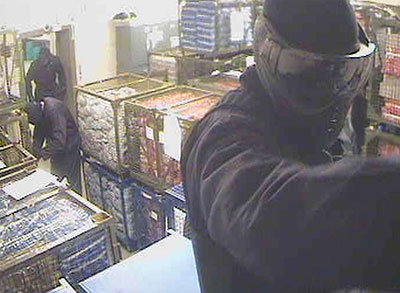 Threatened to cooperate or face being shot, Dixon along with the gang drove to the depot. Once inside overpowering the security guards, the staff were held in the metal cages usually used to store cash. They then set about moving some £53 million British pounds, approximately $90 dollars into a waiting truck.

The gang moved around the facility with a certain familiarity to its layout and security. As Ermir Hysenaj who was one of the gang members had just recently acquired a job at the depot working the evening shift. Secretly recording the depot from the inside using a camera hidden in his belt buckle.

Over the next forty minutes or so, the gang systematically loaded the cash into a waiting truck, filling it to the hilt. It was later revealed that had they a bigger truck, they could have taken even more cash. But nonetheless, the heist went off without a hitch as the plan had worked to perfection.

Lee Murray was born in 1977, growing up in the Barnfield projects in South London. The son of a British mother and Moroccan father, Lee was well known for his violent tendencies and soon began to build a name for himself. Living in a rough part of the city, he soon became involved with gangs and started selling drugs on the streets.

Murray quickly rose through the ranks, becoming the leader of a gang. Earning himself the reputation as one of the most feared men on London’s streets. He spent some time in juvenile halls when he was younger. Which no doubt exposed him to even more criminal miscreants. Once his stint in prison was done some years later, after being arrested for selling drugs. Lee began to get into physical fitness, started lifting weights. And channelled his experience and anger into the sport of mixed martial arts.

He would go on to have his first MMA fight in 1999, building a record of 7-1-1 with 6 first-round finishes. Establishing himself as one of the brightest rising British stars in the sport. Then in July 2002, the UFC hit London as the welterweight champion Matt Hughes looked to defend his title.

Once the event was finished, as is customary, the UFC fighters and staff headed out for an afterparty. When that too was complete the partygoers filed out onto the London streets. Where an altercation involving the reigning UFC light heavyweight champion Tito Ortiz and Lee Murray became the stuff of legends. 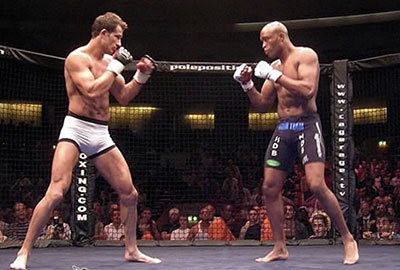 It was reported that Murray knocked out a drunk Tito who had charged him in the alleyway, something Ortiz would later dispute. But it was enough to earn him a contract with the promotion. Winning his first UFC bout he was then scheduled to take on Ortiz, but the fight never came off. Murray’s last fight was against Anderson Silva, in a fight which the Spider won by unanimous decision.

In 2005, Murray almost lost his life when he was stabbed outside a London nightclub and was resuscitated 4 times on the operating table. In 2006 the Securitas robbery took place in which he was believed to be the mastermind. With a carefully thought out plan that saw Murray and his gang pull off the largest heist in British history.

Today Lee Murray resides in Morocco where he is a citizen. The country has no extradition agreement with the United Kingdom and so it’s unsure as to whether he will ever face British justice. But one thing is for sure is that he will forever be remembered as a very most dangerous man, both in and outside the cage.