KSW will make its first appearance on Irish soil this Saturday at Dublin’s 3Arena with KSW 40 and MMAmicks will be there to welcome them.

The Polish promotion is famous for their fantastic production that creates amazing atmospheres for their fighters to go to war. And this Saturday will be no different as we Irish too are famous for making some noise. Accompanied by the large Polish community now living across the island it promises to be one hell of a night.

Inside the cage, there is interest from both the Polish and Irish perspectives. There’s four Ireland versus Poland clashes and two title fights on the card. One man ticking both those boxes is Bushmills Norman Parke.

The former UFC lightweight takes on Mateusz Gamrot in a much-anticipated rematch for the KSW lightweight title. The pair first met at the mega KSW 39 in front of nearly 58,000 spectators in Warsaw this April. That was the second highest attendance in MMA history behind only the legendary Pride Shockwave event in Japan in 2002. 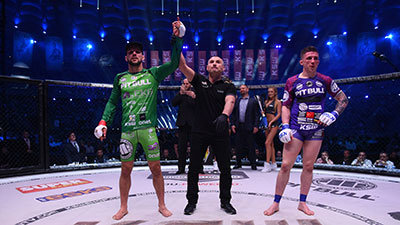 Gamrot defeated Parke via unanimous decision on the night but it wasn’t without controversy. The Irish man who was around down in the fight was trying to make something happen in the second. As he sprawled for a takedown he attempted to secure a choke and in doing so bizarrely had his finger bitten by his opponent.

Parke’s protests at this madness have earned him a rematch and they will be going at it for five rounds this time instead of three. There is bad blood in this one now so expect fireworks as soon that opening bell sounds for the co-main event.

The main event sees the legendary Polish superstar Mariusz Pudzianowski take on England’s James McSweeney. ‘Pudzian’ as he’s known in his native land is a former strongman competitor and five-time World’s Strongest Man champion. Since making the move to MMA in 2009 the big man has accumulated an impressive 11-5 record and faced some of the world’s top heavyweights. 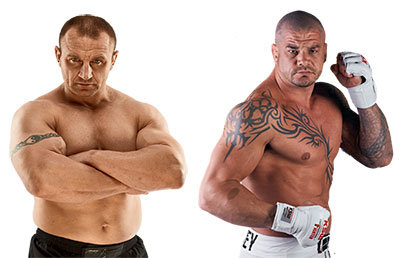 McSweeney is a former UFC Ultimate Fighter semifinalist and has faced his fair share top opponents too. He brings action guaranteed and if he goes down (as his 15-15 record tells you he often does) he goes down in a blaze of glory. The last time one of his fights went the distance was in February 2011, so fasten your seat-belts folks.

The woman’s flyweight championship is on the line in an all Brazilian matchup as Ariane Lipski makes her first defense against Mariana Morais. Lipski won the inaugural championship after an amazing back and forth fight with Romanian Diana Belbita at KSW 39. With only 8 seconds left of the first round she submitted Belbita with an armbar.

Irish fan favourites Paul Redmond and Chris Fields will be competing for the loudest cheers of the night. Redmond takes on Poland’s Lukasz Chlewicki in a featherweight bout while Fields faces Michal Fijalka at light heavyweight. Polish born, now residing in Ireland Konrad Iwanowski faces off against Paul Lawrence in another Ireland versus Poland matchup.