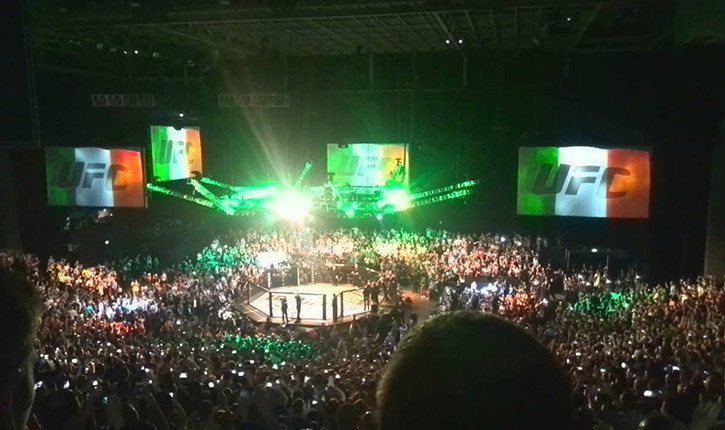 Another week means another random round of synapses firing in the brain of your humble MMA blogger.

This is Keego on…… are we getting spoiled?

Unlike most reading this, it takes me a bit longer to digest MMA events than most. I like to rewatch them to make sure my initial reaction was the right one. You know how sometimes you ca be caught up in the moment, and miss most of the fights.

I rewatched the UFC Dublin fight night this morning. There are very few things I enjoy more than an empty couch, a pot of coffee and more waffles than any human should consume in one sitting.

The main take aways from the event for me was, Seery looked immense and silky like a melted galaxy bar. Was great to see him line everything up and execute, but also stopping the opponent getting a toe into the fight. Well-deserved bonus as well. 2 thumbs up for 2-tap.

Then there was the Cathal Pendred fight. He was in against Tom Breese. Cathal looked confident, but Breese was just too classy. Anytime his left hand made its way towards Cathal it connected. The first punch broke Pendreds nose and it was even further bad news from there. Cathal showed serious guts staying in there, it wasn’t just a slightly broken nose. This nose was breeeeee-hoken. Breese is a serious operator and will be in the title shakeup sooner rather than later. As for Pendred, he’s a super athlete but something needs to change to keep him in the UFC.

And then we came to the main event. My favourite fighter Paddy Holohan against the fairly handy Louis Smolka, who had handled Seery the last time the UFC was in town.

It was a fantastic fight. The game of human chess was in progress. Paddy was there every step of the way, nearly had the rnc locked on, but Smolka was too smooth and ended up with the win. We have to remember that this was not supposed to be the main event, it wasn’t supposed to be on the main card. Through injuries, Paddy stepped up into the pressure and the bright lights on short notice and handled himself admirably. That post fight interview made him. If he knew he was going to be in the main event part of the card with more notice I would suggest that the pressure wouldn’t have been so intense, he would have had time to adjust. He would have won.

The last takeaway from the event was the fans in the 3arena (it will always be the point to me). Fact is, if you threw anything at the cage then you are a grade a 100% bellend. To pay that much money to throw things is a disgrace. It shows you to be spoilt like some of the people I see when I leave my house. There where people like me who really wanted to be there to cheer on Paddy and Ais, but couldn’t afford it. And you decided to throw things like an English football fan.

The UFC won’t be back here for a while and it is your fault. So thanks for that…..

As usual, if you want to debate/chat/abuse me then @nkeegan is where you can find me. Also, if you threw anything at the cage, get in touch and explain to me why you are an aforementioned bellend.