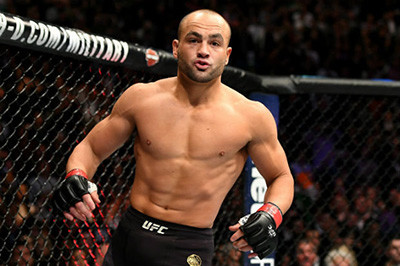 We will have two of the very best technical brawlers on the planet going toe to toe. And technical brawlers isn’t a term which I coined. Those words came from the mouth of one Mr Alvarez himself. Who believes the moniker best encapsulated his fighting style inside the cage.

And it’s a style which has seen him rise through the ranks of the sport to become one of the very best to ever do it. Before signing with the UFC, Alvarez was known by many fans who didn’t catch all that much of Bellator. As the guy who had those wars with Michael Chandler. Which gave us some of the most vicious and gruelling back and forth battles ever witnessed in the sport.

Justin Gaethje in the UFC

At UFC 218, he faces off against the undefeated Justin Gaethje. A guy who in many ways mirror’s the same fighting qualities of as his opponent.

When Gaethje first entered the UFC back in July of this year. There was, of course, the obvious question of how he would stack up against the level of competition in the UFC. With 18 wins and 0 losses, were we looking at a special talent? Or a guy who records has been padded by competition who would never past the elite level test? 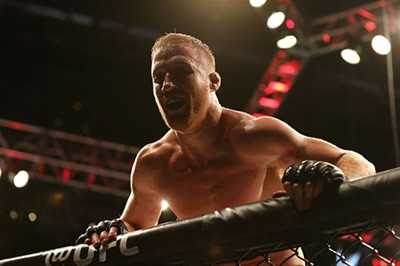 Well, although it wasn’t the prettiest of displays. There’s no doubting the heart and gas tank the former champion brings to the cage. Justin is just one of those tough as old boots guys. Who takes multiple shots to land his own. And while perhaps not being the best gameplan in the world. To date, his non-stop brawling style has the effect of smothering and breaking down all those who step in to face him.

So when these combatants enter the cage at UFC 218. We will be looking at two guys who’s style reflects the other. And when styles make fights. We may very well be looking at the answer to the question of who is the best technical brawler at 155lbs on the planet today?