The former UFC featherweight Champion Jose Aldo had some sobering words for Conor McGregor fans. Following his 10 round loss to Floyd Mayweather on August 26th.

In McGregor’s first-ever professional boxing match. Having had a solid start, in a number of peoples eyes. The UFC lightweight champion managed to take at least some of the opening rounds from the p4p boxing great. However as the fight progressed, Mayweather began to impose his will and break down the waning MMA Champion.

Aldo believes that too many people are giving McGregor too much credit, stating that,

“Conor doesn’t have good cardio, and (they) knew he’s not used to boxing,” Aldo said, according to MMA Junkie. “Mayweather was closed up, just waiting for the time to pounce. The guy hadn’t fought for two years.

“A lot of people talk a lot of crap, like, ‘Oh, he landed many more blows than (Manny) Pacquiao or (Miguel) Cotto and everyone.’ But no one says that (Mayweather) didn’t fight for two years. He didn’t even prepare for the fight. He knew, like everyone at the gym said, that it would be very hard (for McGregor to win) – very, very hard.”

Aldo who loss to McGregor in the first round of their fight, 13 seconds in via knockout. When asked by MMA Junkie if he saw the win as a moral victory for McGregor.Having taken Mayweather 10 rounds, Aldo replied, 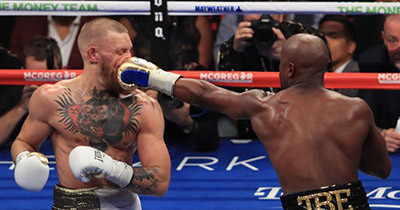 “Of course not,” Aldo said. “Moral? First of all, you try to prove that with someone who’s almost 41, who’s been away (from the sport). Of course, it was a money fight. A moral victory would have been taking on an active boxer, a champion, and then fought him. And then you’d see how he would barely last a round. Because it’s an entirely different sport. We need to put ourselves in our places.”

So it would seem that Jose wasn’t that impressed with the super fight that was Mayweather vs McGregor. At least in terms of McGregor’s performance. Good news is he won’t have to face him anytime soon inside the octagon.