Jone Jones Is The Baddest Man

‘The Baddest Man on the Planet’ has long and fittingly been the moniker used to describe the heavyweight champion of the world. It was adopted from boxing and rose in popularity during Brock Lesnar’s reign as UFC champion in 2009 and 2010.

This writer has nothing but respect for current UFC heavyweight champion Stipe Miocic, and indeed every heavyweight champ that came before him. Miocic is currently writing his name into the history books as one of the best ever. He’s riding a four-fight round one KO streak that includes winning the title against Fabricio Werdum last May.

But in Jon Jones, we are talking about a different type of animal. A ruthless and dangerous animal that embodies the title of ‘The Baddest Man’ in more ways than one. He fits into the double entendre of the definition of bad perfectly, depending on which way you look at him.

The English dictionary defines the word firstly as ‘of poor quality or a low standard’. Something many people would certainly describe some of Jones’ personal life decisions. Not least Saturday nights opponent Daniel Cormier.

Secondly, it reads ‘not such as to be hoped for or desired; unpleasant or unwelcome’. That would be putting it mildly in relation to stepping into a cage to have a fight with the man. The former number one pound for pound ranked mixed martial artist in the world.

Ironically it was Jones’ extracurricular activities in his personal life that cost him his place at the top of those rankings. But let’s be honest, it’s obvious we are looking at an extraordinary competitor. Not just the obvious pick for the current active pound for pound best but worthy of a place in the greatest of all time argument. 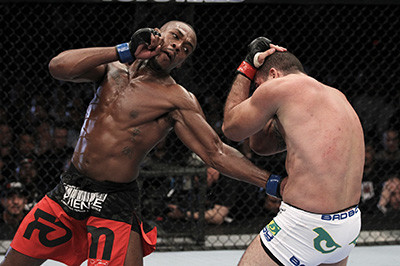 Jones won the title in March 2011 at only 23 years of age and became the youngest UFC champion ever. He completely dominated the legendary Shogun Rua for three rounds before finishing him in devastating fashion with a body shot and knee to the head.

That was the beginning of a run of legend killing. Rampage Jackson got submitted for the first time of his then 41 fight career. Lyoto Machida was brutally dropped unconscious after a standing guillotine.

Which was a first submission defeat for him as well. Rashad Evens got schooled for five rounds and before Vitor Belfort tapped at the mercy of an Americana.

After the demolition of the out of his depth, Chael Sonnen in April 2013 ‘Bones’ career and performances took a dip. He was pushed to his limits against Alexander Gustafsson and just about got over the line with a unanimous decision. Then again he was taken the full five rounds against the dangerous Glover Teixeria although this time the result was more conclusive.

Then came part one of this grudge rivalry with Daniel Cormier. It was another gruelling five rounder that included Cormier being taken down for the first time in his mixed martial arts career. Jones unanimously was awarded four of the five rounds in what was one of the fights of the year for 2015.

A Series of Controversies In and Out Of The Cage

It was later announced that Jon had tested positive for cocaine in a test one month out from his fight with Cormier. This somewhat tarnished the reputation of Jones but was nothing for what was about to come. 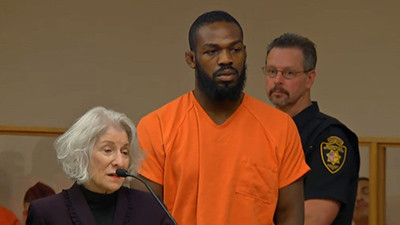 One month out from his title defence against Anthony Johnson it was revealed the Light-Heavyweight champion had been involved in a hit and run incident. Jones allegedly had run a red light then smashed his vehicle into two others before fleeing the scene on foot.

He did backtrack however to pick up a wad of cash but forgot to take his marijuana pipe he had stuffed and ready to puff. After spending a few hours on the run Jones handed himself into the Albuquerque police. He had hit rock bottom and to add insult to injury he was stripped of his title and suspended indefinitely.

Jones returned with a dominant all be it lacklustre performance by his standards against Ovince St Preux. This was his fourth decision victory in a row and people were now starting to wonder what has happened to Jones the finisher. Was his personal life having an impact on his physical capabilities?

UFC 200 The Massive Card That Was Not To Be

The scene was set for a massive fight on the monumental UFC 200 card against his greatest foe and new champion Cormier. The MMA world was rubbing their hands together with anticipation. How would a returning Jones look against a fighter in that was getting better and better with every win.

In true Jon Jones style disaster struck in incredible fashion. He was flagged for a doping violation and pulled from the card with only three days to go. The news rippled across the MMA world like a plague as fans and pundits united in their disappointment of the former pound for pound king.

Fast forward one year and here we are back to where we were. We’re days away from what has become now an even bigger fight than UFC 200. The pair still hate each other and probably will forever. We know what we are going to get from Cormier, but what of Jones? 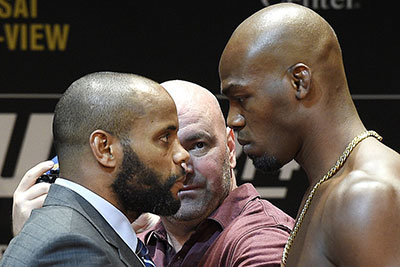 I think it’s fair to say that this could well be Jon’s toughest test on paper. Daniel Cormier is on a four-fight title defence win streak and now has the invaluable experience of having faced Jones before. The question on everybody’s minds is what has Jones been doing for the last 12 months?

Has he been getting his life in shape and training his ass off? He looks like he has. Or has he been boozing and doing lines of cocaine? It’s possible but I think Jon Jones is too smart for that. Everyone makes mistakes but it’s how you learn from them that truly make you the person you become.

The fact of the matter is we could be about to witness the best version of Jon Jones we have ever seen. That’s scary considering he has already been widely considered as the pound for pound number one since Anderson Silva left the scene. At still only 30 we could be about to embark on an amazing second chapter in an already incredible career.

People are already starting to talk about him taking on the former Heavyweight champion and global icon Brock Lesnar. Jones has spoken for a long time about his ambition to go up to Heavyweight. If we see a return to the best Jon Jones on Saturday night I make him the favourite against any Heavyweight on the planet.

As the old saying goes, form is temporary, class is permanent. Potential is the energy possessed by one’s body by virtue of its position relative to others, Bones Jones has plenty of it. If he is not already known universally as the baddest man on the planet, my guess is it won’t be long until he is.