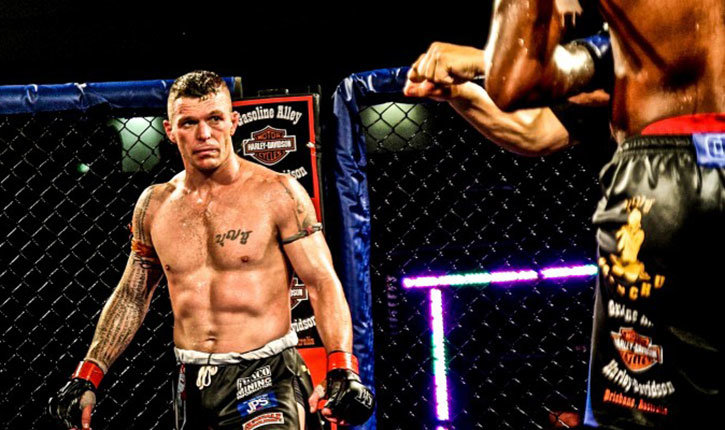 John Wayne Parr is a legend in the world of Muay Thai. The “Gunslinger” has won 10 world titles and has forged a successful career as a professional boxer to boot. Recently, JWP has pioneered Cage Muay Thai. While Kickboxing in an MMA cage is nothing new, the combatants in CMT wear MMA gloves.

It is the perfect sport to capture the imagination of the casual fight fan who dislikes the grappling aspect of MMA and abhors the type of defensive, technical boxing that was on display this past weekend in the Mayweather – Pacquiao fight. The hybrid sport is the ideal way for Muay Thai to piggyback on the success of the UFC, but it is not without it’s detractors.

We caught up with the Australian before his first fight in almost a year which takes place on May 9th against Daniel Kerr to talk about CMT, Joe Rogan and the issues surrounding combat sports.

What are some of the differences between CMT and regular Muay Thai as far as competing goes? I would imagine that it is harder to block punches, as the smaller gloves would slip through the guard easier than boxing gloves? Also, I’d say there’s less clinching because the cage larger than the ring?

Yes, all of the above. The gloves are crazy because they are so small and hurt so much. It really makes you bring your A-game when you know you can be knocked out at any given second from a punch.
The cage brings a completely different environment to the fight in comparison to the ring. It’s bigger, but also lonelier. Once the fight starts you can’t see the audience, it’s just you and your opponent. I love it.

What do the Thai’s think about CMT?

I had Pornsanae over to fight on CMT2. He loved it and had it as a profile picture on his Facebook for over a year. So far I haven’t heard anything negative about CMT from the Thai’s?

I listened to an interview with Joe Schilling recently and he said he wasn’t a fan of CMT. I don’t recall the direct quote but he more or less said CMT is capitalizing on the gory side of Thai boxing or something along those lines. It’s a criticism I hear a lot, that CMT is barbaric and that it’s a marketing gimmick. How would you respond to such criticism?

Yes I hear this as well but I’m not concerned. I am a massive fan of UFC and I was jealous that they get to fight in a cage while I’m stuck in a boring ring. There are no opportunities for us to fight in a cage unless we fight MMA and I don’t want to learn the ground game. So I decided to take matters into my own hands and start my own promotion.

My grandfather was an international boxer, so I spent my childhood watching and reading about boxing. I’ve trained a little in boxing over the years and while I love MMA, it’s the striking element that I like best. To me CMT takes the most exciting element of MMA and showcases it. Was that your aim? To cater for those fans who love to watch two guys duke it out with 4 oz gloves, or was it just a by-product? 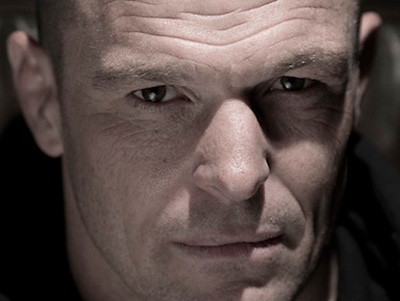 Yes. So many people in Australia love boxing, I love Muay Thai, but when the mma fights go to the ground they get a bit bored. The great UFC events are the ones that stay standing the whole fight. Once I decided to go through with the promotion I thought to myself “there is no way this can fail because this is what people want to see”. Once you watch a CMT show live, then you can understand the excitement you feel seeing two warriors compete in the rawest form.

Who is your favourite fighter?

I love Pornsanae. He goes out there every time looking for a KO.. Guaranteed action every time he puts the gloves on.

What was it like to train with Joe Rogan and appear on two of his podcasts?

Joe is such a cool guy. I was so excited to meet him and hang out. He invited me to his house to train him in his garage. We trained for an hour and a half hitting pads and doing a little bit of sparring. It was nothing serious – just fun. I filmed a little bit of us training and put it up on YouTube, it had 100,000 hits in 7 days.. Never had anything like that happen to me before in my life so it goes to show Joe Rogan is the man..
The podcast was also very surreal. For weeks I was so excited to sit in the chair across from Joe, and when it happened I had to keep pinching myself to make sure it wasn’t a dream. Thanks to Joe it has finally given me a platform to raise my profile to a worldwide audience.

Do you think there should be stricter drug testing in kickboxing?

Yes. But to tell you the truth because the prize money is so small I really wonder how many people are on PEDS? The UFC guys are fighting in front of a billion people and making 100,000’s of dollars. In Muay Thai we are lucky to make $10,000 and fight in front of 5,000 people. I don’t think the risk is worth the reward for Muay Thai fighters. Why risk your health for pocket change?

There has been a lot of talk about brain trauma lately. Do you feel like you have incurred any damage or has your health been effected by your long career?

I have no idea. I hope not. In Australia we wear much larger gloves – closer to 6oz. It’s half padding, half gel so it almost feels like a boxing glove. The MMA gloves they wore in Ireland were very small, nothing but knuckles. I don’t think I would have enjoyed being hit by them either.

Greg Harte of Cork Thai fought for and won the inaugural Irish CMT title that night in Cork. He will be defending the title later this year.

“I had my first CMT fight last November against a very tough Adrian Kirkby for the first ever 59kg CMT Irish title. I had seen a few CMT fights like Thai legend Pornsanae vs Michael Thompson and JWP v Yohan Liidon. My first thoughts on it were that it was a very exciting twist on Muay Thai but with more emphasis given to boxing as opposed to traditional Thai scoring. The small gloves brought an added excitement, at any second someone could get KO’d and that’s a real crowd pleaser.”

“I only put in the small gloves the week of the fight to hit the bag, I found you can’t really train with them and you have to slightly change the way you punch, particularly with hooking. I didn’t put too much thought into the small gloves really because with it being my first time fighting with them I just said I would see what happens when I get in there. 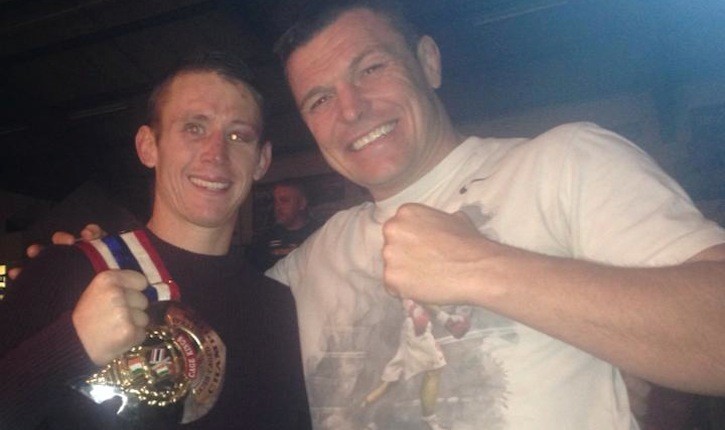 My only plan was to keep a high, tight guard. Next time I will definitely try to add more head movement in. The gloves are so small and unforgiving that a tight guard just doesn’t cut it, as everyone who fought that night’s face proved. The crowd seemed to like it though!!”

“It was a great experience. To win the belt in front of the living legend JWP was a bonus.”

“I’d just like to give a shout out to all the cork Thai fighters fighting at battle of a the Barrs where two of my training partners Shane O’ Neill and Paul Budden are defending their ISKA title’s against two tough and talented fighters in Cian Crowley and Dommie Kelly. Make sure to get down there this Sunday.”