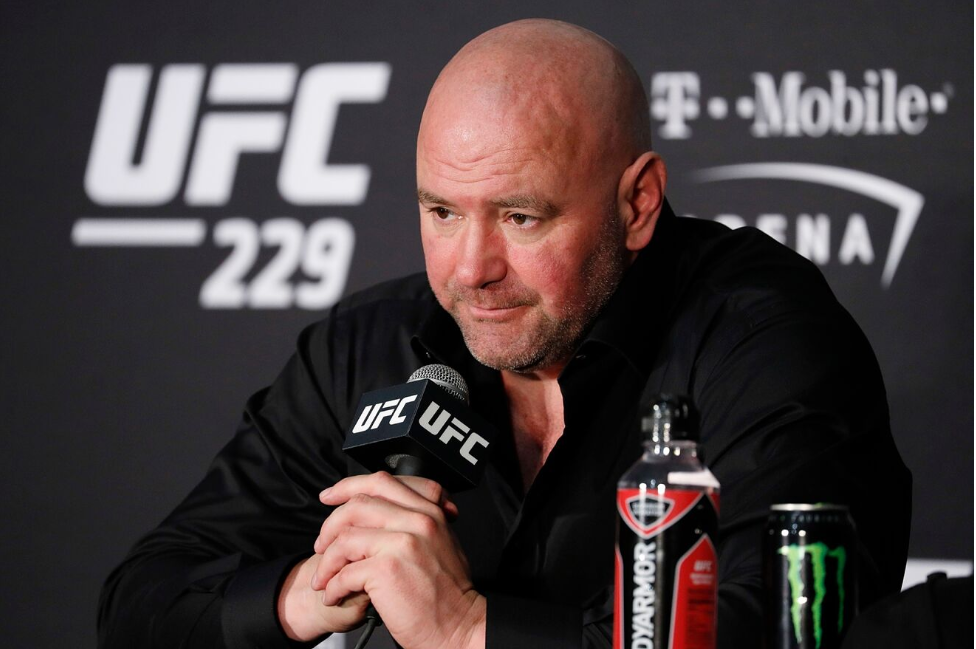 On the media day for UFC Fight Night 217 on Wednesday, Dana White was asked about the video that surfaced earlier this month showing him getting into an argument with his wife, in which he was seen slapping his partner. White had previously apologized for his behavior.

Dana White believes the UFC will not discipline him for slapping his wife on New Year’s Eve at a club in New Mexico.

After a video surfaced in January showing a fight between UFC president White and his wife Anne, White issued an apology.

The 53-year-old made an unannounced appearance at UFC Fight Night 217’s media day on Wednesday and was questioned about the potential fallout.

He said: “What should the repercussions be? You tell me. I take 30 days off? How does that hurt me?

“Me leaving hurts the company, hurts my employees, hurts the fighters. It doesn’t hurt me. What is my punishment? Here’s my punishment: I have to walk around for however long I live and this is how I’m labelled now.

“It was obviously a horrible personal experience. And, you know, there’s no excuses for it. It’s something that I’m gonna have to deal with and live with for the rest of my life.”

An argument between White and his wife escalated into a physical fight on the balcony of the VIP room at El Squid Roe in Cabo San Lucas, as seen in a video posted online.

After the video was made public, White expressed regret for his actions, telling TMZ Sports, “You’ve heard me say for years there is never, ever an excuse for a man to put his hands on a woman, and now here I am talking about it.”

“My wife and I have been married for almost 30 years, we’ve known each other since we were 12 years old, and we’ve obviously been through some stuff together. We’ve got three kids, and this is one of those situations which is horrible.

“I’m embarrassed, but it’s also one of those situations where right now we’re more concerned about our kids. Since the video popped up, we’ve shown our kids the video, and we’re more focused on our family right now.

“People are going to have opinions on this, and most people’s opinions will be right, especially in my case. You don’t put your hands on a woman, ever.”

A group of women have called for White to be fired, saying, “Your continued silence speaks volumes.”

Based on the video, a California women’s group has written an open letter to Ari Emanuel, CEO of Endeavor, which owns a majority stake in the UFC. 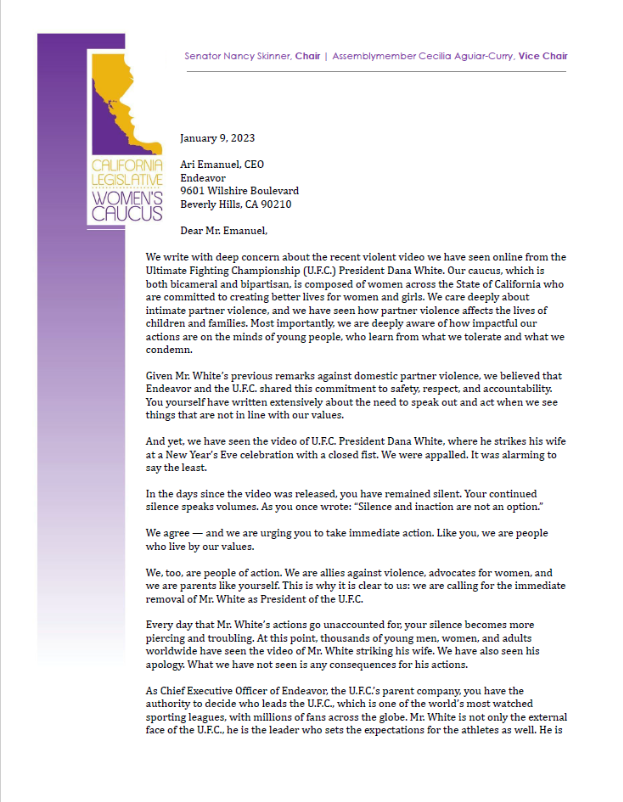 In the letter, which is penned by the Legislative Women’s Caucus in California, the group said: “Given Mr. White’s previous remarks against domestic partner violence, we believed that Endeavor and the UFC shared this commitment to safety, respect, and accountability. You yourself have written extensively about the need to speak out and act when we see things that are not in line with our values.

“And yet, we have seen the video of UFC president Dana White, where he strikes his wife at a New Year’s Eve celebration with a closed fist. We were appalled. It was alarming to say the least. In the days since the video was released, you have remained silent. Your continued silence speaks volumes. As you once wrote: “silence and inaction are not an option”.

“We are calling for the immediate removal of Mr White as president of UFC.”