An analysis of Giorgio Petrosyan

Prior to November the 23rd 2013, Giorgio Petrosyan was seen as the most dominant Kickboxer in the sport. He was considered in many sober circles as the leading striker in combat sport and had almost living legend status in the world of Kickboxing.

It had been nearly 7 years since his last defeat, a decision loss in the iconic Lumpinee stadium in Bangkok, Thailand. During that time, Petrosyan had fought 43 times, defeating names such as Andy Souwer, Davit Kiria and Robin van Roosmalen.

His talents had graced the most prominent promotions possible, k1, It’s Showtime and Glory. When he arrived at Madison Square Garden that night, the Armenian born striker appeared invincible – but nobody told Andy Ristie.

One brutal left uppercut, 43 seconds into the third round, a punch felt almost personally by anyone that had even half paid attention to Kickboxing or Muay Thai in the previous decade. It was the first, and so far the only knockout of The Doctor’s fine career.

Unlike the similar losses suffered by Prince Naseem Hamed, or Anderson Silva, or more recently Ronda Rousey, the loss felt less like an interesting shake-up and more like a devastating blow. Not to take anything away from Andy Ristie, his awkward style and raw power had paid dividends, but fans wondered what the future held.

These concerns were compounded when Petrosyan didn’t appear for the entirety of 2014, with little to no rumours at all of a return. Was he really done? Perhaps not. In January of 2015, The Doctor made a long-awaited come back in his adopted home country of Italy when he decisioned Turkish journeyman Erkan Varol under the banner of Thai Boxe Mania 2015.

A Win Over enriko Kehl

This was followed a few months after with another win, this time by majority decision against German up-and-comer Enriko Kehl. Kehl, one of the leading prospects in the Muay Thai world was game throughout, but nonetheless, it appeared the former champion was working off the ring-rust and gearing up for another run in Glory. 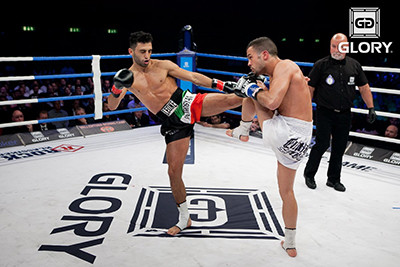 After the customary squash match in China against [generic Chinese nobody] which Petrosyan won by knockout to become the Hero Legends champion, that time had finally come. Just 23 days shy of the 2-year mark, Giorgio would make his Glory comeback.

It came in his home country, and it came on the same night that the new king of the division, a man Petrosyan had previously soundly defeated; Dutch sensation Robin Van Roosmalen was defending his Lightweight belt.

During his time away, the landscape in the 70Kg division had changed considerably. The ever-mercurial Ristie, after a career-best night in which he defeated Petrosyan and Van Roosmalen on the same night, had immediately lost his title to the solid. If at times unspectacular Georgian Davit Kiria.

Van Roosmalen himself had rebounded from the Ristie loss by reeling off 4 straight wins, claiming the title from Kiria and defending it against Ristie in the process. He would add a third defence later that night against prolific young Thai Sitthichai Sitsongpeenong (competing in his 137th fight at just 24 years old!).

Giorgio Petrosyan is an extremely accurate striker, but his real strength lies in his defensive mastery. One of the reasons his clash with Ristie was so intriguing is that it showcased a matchup between the slow, careful, counterpunching defence and the fast, reckless and unpredictable offence.

Petrosyan’s success was built on his systematic removal of any weapon his opponent could hit him with. The intricacies of The Doctor’s style are explained better by the brilliant Jack Slack than they’re ever likely to be by me in his piece ‘The Counter to All Strikes’. 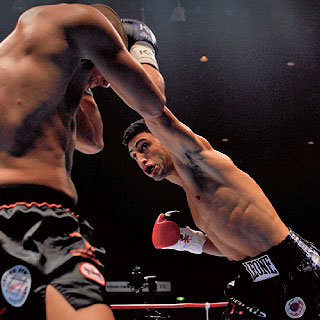 Making up for his lack of activity in 2014, Petrosyan is clearly looking to remain active in his return to competition. Petrosyan returns to action in a couple of weeks, when he takes on Chinese challenger Jiao Fukai (ho a lesser writer may have referred to as [generic Chinese nobody #2]) in what is expected to be another Chinese squash match.

Should ‘The Doctor’ make a return to the Glory World Championship scene as is expected, he will find a division that appears perfectly set for him to regain his crown. His conqueror, as previously mentioned, has not kicked on in the manner many expected him to.

Immediately dropping his title to Kiria was a huge disappointment, and despite an impressive win against Ky Hollenbeck shortly after, his wins over Samuel Paiva and Australian Steve Moxon will not put the fear into his divisional rivals. His convincing loss to Van Roosmalen will only further that opinion. Kiria himself is in a slump, 2-3 since winning the Championship, he has lost in both Glory appearances – against Van Roosmalen and a nasty looking KO to Sitsongpeenong.

It is Van Roosmalen himself though that is the most interesting case. Robin Van Roosmalen is an expert at pure Dutch-style kickboxing, he has a rock-solid guard and is nearly impossible to hurt as he covers up behind his gloves. Although he is far from a knockout artist, his improving power was on display as he knocked Ristie down twice in their showdown last April in Dubai.

All of that being said, Petrosyan’s movement, guile and ringcraft remains unrivalled and appears to match up extremely well with RVR’s ‘down the middle’ style.

The Dutchman though is now 4 years on from his last meeting with the previous master of the division, on the best roll of his career and approaching his physical prime at 26 years old – the narrative for the rematch appears to write itself, and your writer is one of many crossing everything in the hope that it happens.