MMA has been around for a very long time, even in the ancient Olympics in Greece, events similar to MMA were held such as Pankration (look that sport up!). However, more recently a more formalized version of MMA has been established. Within the last twenty-five years, the world has witnessed MMA grow at an incredible rate.

Albeit, with some degree of variance between organizations, we’ve seen the sport adopt several new rules and regulations in an attempt to make the sport safer for participants and more readily acceptable to viewers and the general public. Furthermore, the sport has taken great strides in gender equality, with many large promotions now including female MMA, along with a few organizations even specializing in the latter such as Invicta FC.

In addition, the sport has re-branded itself over the years from its barbaric origins to its current sophisticated and professional state. Athletes today have a more defined athletic pathway ahead of them. This is to say, it is much clearer now where an athlete must go to compete at the highest level of competition and what he/or she must do to get there. Though there is still much more work to be done in this area.

After years of experience and after much trial and error, coaches are better equipped to develop high performance mixed martial arts athletes. Along with more knowledge and scientific-based training we are seeing more formalized training camps, which has attributed to an increase in overall athletic performance. 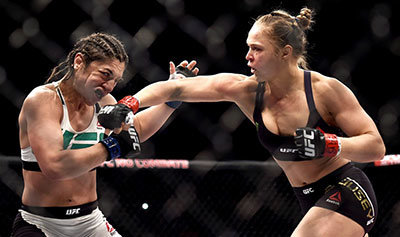 But what are we missing? Yes, women have been competing in the sport for some time now, but are they being treated equally, is there true gender equality? In some ways, yes, and this has been a very recent notion.

The Rise of Ronda Rousey

With Ronda Rousey gaining worldwide credibility and drawing much-deserved attention to female MMA, and Holly Holm along with Joanna Jędrzejczyk taking the degree of competition to the next level there still seems to be a difference between men and women’s MMA.

The first main event featuring women in the UFC was at UFC 157: Rousey vs. Carmouche (February 2013). Since then there has been a total of 9 UFC cards that have featured women as the main events (not counting co-main events). That leaves about 119 male main events.

Although these are staggering numbers, it is important to note that there are several more weight classes for men and that women have only recently begun competing, meaning that the number of women competing is extremely low when compared to men. Nonetheless, an interesting statistic.

Despite the growing popularity of female MMA, often times when a talented female mixed martial artist competes, the first thing that is discussed is how they look; are they attractive? She’s probably really hot without those cornrows? I wonder what she would look like if she didn’t fight for a living? These are all questions that are all too often asked. 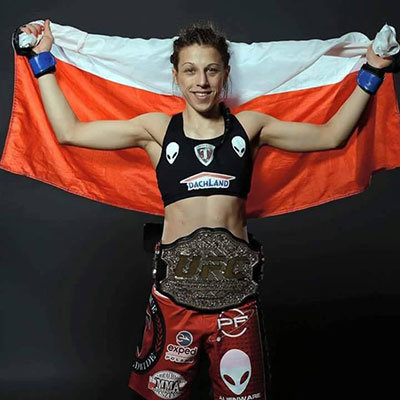 Is it necessarily a bad thing though? Some would agree, and some may disagree. Is this objectification of female athletes necessary in order to increase marketability, overall viewership and in a sense pave the way for future female athletes? It shouldn’t be, but maybe it is…

Though the sport is relatively new for many women, their athletic ability is increasing at an incredible rate. So what should we be focusing on? The evolution of technique and skill that is happening before our eyes? Or how “hot” these women look in bikinis…

Making A Few Extra Bucks Outside The Cage

However, as fans of the sport, who are we to dictate what these athletes do outside of the ring? Many of these women (along with a lot of the men) aren’t getting paid a sufficient amount to fight, so if they want to go and do these photoshoots to make a few extra bucks on the side, then all the power to them, right?

Right. Maybe it’s not even about the money, if a fighter is just proud of the way they look and they want to show the world, then they should absolutely have the right to do so, gender equality baby!

So in conclusion, after going back and forth on the topic, I guess it’s just important to realize that there are a lot of things at play. Yes, women can be objectified in the sport, but it depends on the motives of both the athlete and the other party involved.

The most important thing at the end of the day is that this is a sport, so for the sake of the sport, let’s watch female MMA with a focus on the art, technique, and skill at play. We are witnessing history in the making right now, so let’s pay attention.

What are your thoughts on the matter?