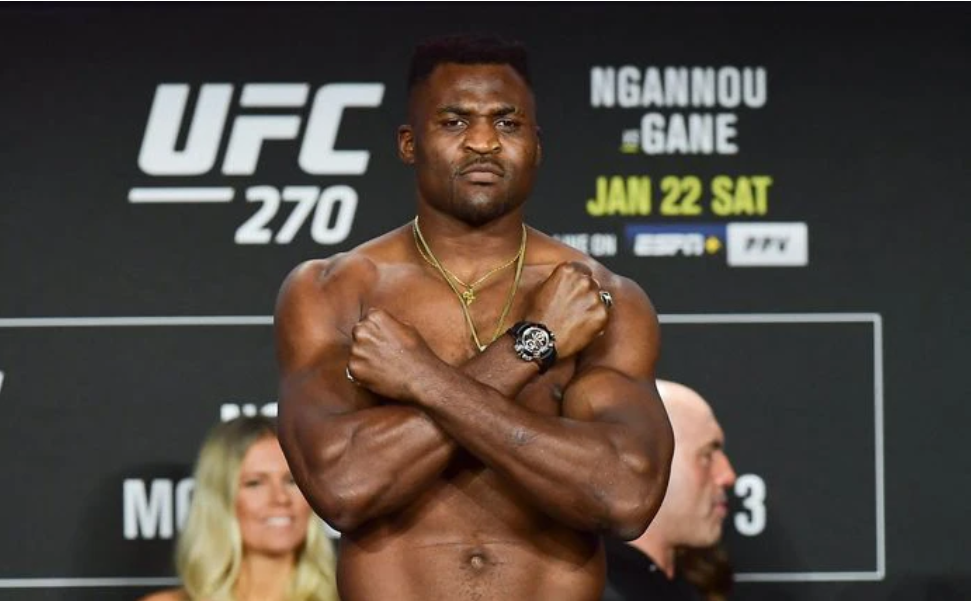 Francis Ngannou, a former heavyweight champion of the Ultimate Fighting Championship, recently stated that he desired a new three-fight deal, which he planned to complete in one year.

Ngannou said he would make “about” $8 million from the new contract if he faced Jon Jones at UFC 285. After finishing his trilogy with Stipe Miocic, he planned to rematch Jones before making the jump to boxing and maybe facing Tyson Fury or Anthony Joshua for huge paydays.

This arrangement fell through, though, because Ngannou refused to sign the usual UFC contract.

“In that contract, I’m not free,” he said. “I’m not an independent contractor. I have no rights. I hand over all the power to you guys. I’ve seen in the past how you guys can utilize your power against me, and I don’t want that.”

Ngannou, one of the most valuable free agents in mixed martial arts history, discussed his negotiations with the UFC that led to his nearly unprecedented departure from the promotion as a champion, his response to UFC President Dana White’s claims about his exit, and his plans for the future on Tuesday’s The MMA Hour. 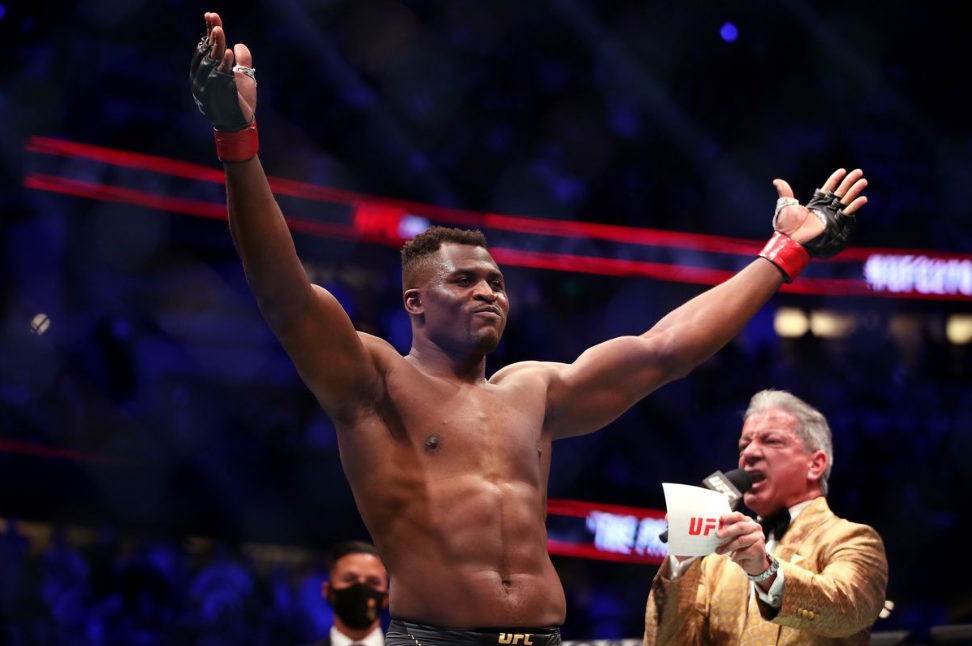 Ngannou is convinced he made the best possible decision when he left the UFC. He hasn’t ruled out returning to the organization, but says he will only do so if he is given certain concessions, including as the freedom to seek out additional sponsors, health insurance, and a seat at the negotiation table with a fighter advocate.

“I know that I did everything right,” he said. “I don’t have any regrets. I wouldn’t do anything different if I had to do it again.”

According to Ngannou, the UFC’s final communication with him was a week earlier, when the company informed him it would have to move on from the heavyweight class. However, he had not budged from his original position that he need more concessions beyond the UFC’s usual pact, which he believed rendered him powerless moving forward in negotiations. In order to pursue his dream of becoming a professional boxer, he claimed the promotion had no interest in extending his contract above the three bouts he had already agreed to.

“They didn’t want anything to do with boxing,” he said. “They were like, if, and only if, and in good faith, and I’m like, I’m not betting on that.” 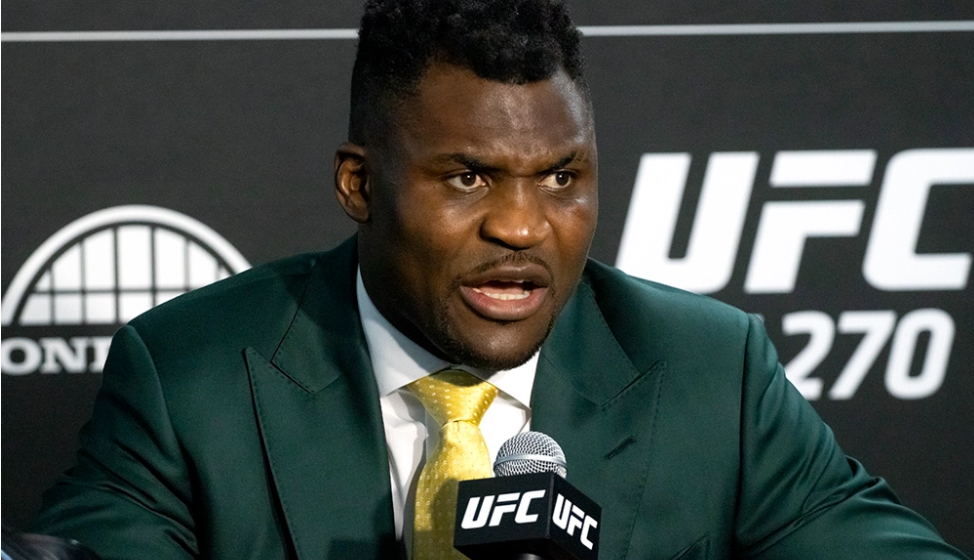 Hunter Campbell, the UFC COO, and Mick Maynard, the matchmaker, spoke over the phone. However, Ngannou had the impression that White was present during the discussions.

Despite White’s claims that “The Predator” would become the highest-paid heavyweight in UFC history thanks to this contract, “The Predator’s” current manager, Francis Ngannou, says he can’t confirm the exact terms of the deal.

To get what he wanted, Ngannou claimed he was willing to make some concessions. When he first proposed health insurance for UFC athletes, he didn’t think the promotion would approve. Even if the UFC didn’t give up to all of his requests, he still saw potential for long-term gain.

“I just wanted them to know it was something I did want, and consider it,” he said. ”They said no, they don’t know business like that.”

“At this point, health insurance for me is not a problem, but how about the guys at the bottom,” he added. “They can’t really afford health insurance. And I have been there, so it’s something I carry in my heart.”

For Ngannou, the moment Campbell exclaimed, “This is it,” signaled a decisive shift in the negotiations. Okay, here’s my plan:

When pressed further, Ngannou reiterated his previous rejection. And from that moment on, he realized, the UFC would be run very differently.

“At some time, I feel like I was slapped in the face by money, like, ‘Take the money and shut up.’ And that couldn’t happen.

“It was just a matter of principle, and at that time, I knew this was it. They didn’t say on the phone, ‘This is what’s going to happen,’ but I knew.”

Heavyweight champion Jon Jones wasn’t surprised to see a billboard for UFC 285 featuring a rematch with former colleague and opponent Ciryl Gane. He claims he silenced his phone after it began to ring with inquiries from reporters.

White revealed the heavyweight title fight to the media on Saturday and made several questionable comments about Ngannou’s motivation to compete in the UFC and against elite competition. The executive casually mentioned that the champion weighed more than 300 pounds. 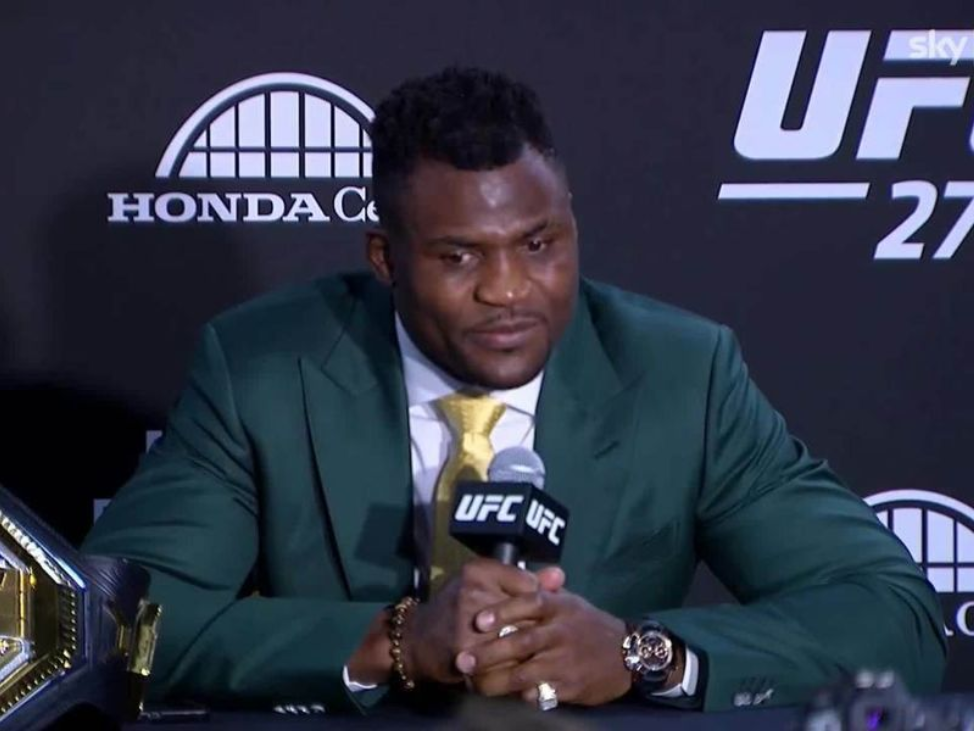 Ngannou has stated that he does not take his promoter’s criticisms personally. When he asked to renegotiate his contract on a fight-by-fight basis, the relationship between them deteriorated, he added, and the current problems were merely a consequence of that.

Ngannou simply stated, “Dana is Dana. “I don’s care about what he says. Dana cannot hurt me. From where I come from, I have heard a lot worse than that, and I’m still here. … What I know is that I’m here, and I have a good future.

“He’s upset. He’s not happy about this situation. He saw his champion go away, which is something that probably never happened.”

UFC spokesperson tells MMA Fighting, “Nothing more outside of Dana speaking about it on Saturday.” in response to questions about Ngannou’s MMA Hour interview.

According to Ngannou, executives used Randy Couture as an example of what may happen if athletes left the UFC during talks. Then he turned to Couture and asked her directly.

In 2007, Couture announced his retirement and intent to pursue free agency in pursuit of a bout with then-undisputed heavyweight champion Fedor Emelianenko. After spending half a million dollars on legal fees fighting the UFC, Couture eventually rejoined the organization and challenged Lesnar for the vacant title.

White stated that the promotion had freed Ngannou from his contract and matching period, allowing it to match or beat offers from competing promotions. However, Ngannou claimed to be a free agent in early December, and the UFC was never able to provide him with a satisfactory salary.

“Nobody releases me,” he said. “I’ve been free since Dec. 9 or 13, but the only reason I didn’t go public was in respect of our conversation. I wanted to respect that and not talk about it. But I’ve been a free agent since.”

Now that he has a contract with the UFC, Ngannou says he is willing to negotiate with other MMA and boxing organizations. After his former manager Marquel Martin was “attacked” at the CAA agency’s fighting division, which was eventually shut down due to a dispute with the UFC, he decided to go it alone.

According to Ngannou, “People were still trying to come after him, “We are in the business where people don’t like you if you do your job. At some point, you’ve just got to kiss the ring.”

After limping to a victory over Gane at UFC 270 despite a major knee injury that necessitated surgery, Ngannou claimed he would have been ready to fight Jones in March.

Now he’ll try to find a new contract so he can get back to work by July. To what terms would he like his next contract to be bound?

“I think I just need some respect, more respect at least,” he said. “It’s very important. I need some freedom. I need to feel like a man, own my freedom, control my destiny. I don’t want anybody to decide for me. I think I’m man enough to decide for my own, and so far, I haven’t been doing a bad job at all.”