Is Fabricio Werdum the Answer to UFC heavyweights problem?

Fabricio Werdum faces Cain Velasquez in the main event of UFC 188 in Mexico this weekend and the future the heavyweight division will be decided by the end of the night.

Either Cain will have his hand raised and the division will fall back into mediocrity and almost be forgotten again or else Werdum will get the win and like a bush fire the division will ignite with possible match-ups and future bouts. Now the mediocrity I speak about is not in relation to Cain`s fighting ability it is due to his inactivity which destroys a division.

Cain Velasquez is a Phenom and could still be the best heavyweight on the planet, we will see this weekend, but the American, for all his talent, is not the champion the UFC heavyweight division needs to give it badly needed new life.

Velasquez has fought five times since he won the belt after dismantling Brock Lesnar in 2010, three of those fights were the same opponent, Junior Dos Santos, his inactivity, due to injuries, led to a complete standstill in the heavyweight division and with no new contenders coming through it pushed the division to its last legs in terms of popularity.

Compare this to Jon Jones who won his belt a year later and fought eight times from 2011 to 2015. A healthy division needs a healthy champion and with Cain constantly battling injuries the division suffers. 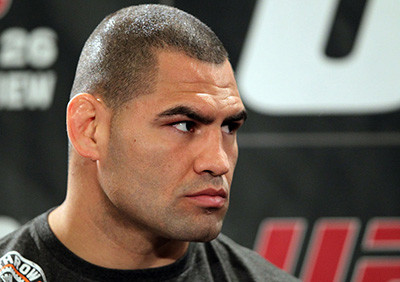 Cain is a likeable guy, nice and respectful but the division needs a polarizing figure to save it and this is where Fabricio comes in since his return to the UFC Werdum has been a new man both in and out of the cage.

His fighting style has evolved to include a dynamic stand-up game that has seen him maul Travis Brown and Roy Nelson before going on to KO Mark Hunt.

For all his progression inside the cage, it is perhaps his personality outside of it that is what the division needs most of all. Werdum is funny, charming and not afraid to say what he feels about his opponents, in the latest embedded series he refers to Cain as an American who thinks he is a Mexican.

An early shot at the champ who is passionate about his heritage, hence the BROWN PRIDE tattoo that dominates his chest. The difference of charisma is evident in this first episode of embedded when Werdum and Cain can be seen in a similar situation, holding babies, Cain looks uncomfortable and Fabricio oozes charisma throughout the scenario.

The title of baddest man on the planet comes with being the UFC heavyweight champion, it started with Brock Lesnar, a man that suited the title like no other and he really played into it with his image. Cain, while proclaimed the baddest man, has never played the role, it just does not fit.

Again fortune favours Werdum in this aspect, the role and everything that comes with it, seem almost a perfect fit for the personality that is Werdum, here is a man who can take on this title and push it to levels not seen since Lesnar.

There is very little in the division that gives anyone cause for excitement, fighters who are past it are still around and fighters who should have gotten shots at the belt, all this combines to leave a division lacking contenders and big fights. All this could change with Werdum taking the belt, all of a sudden we have a host of possible fights that is what the division needs.

JDS! Junior Dos Santos is in no man’s land, having fought Cain three times and lost twice the perennial number one contender has very little chance of fighting for the belt again. However, if Werdum wins, JDS already holds a KO win over the interim champ and many would be on the edge of their seat for a possible rematch.

Werdum has only lost once since his last UFC loss and that was to a “slightly larger”, Alistair Overeem, in the Strikeforce Grand Prix final.

If somehow Fabricio Werdum wins, then down the line you best believe Cain will want his title back. This fight, depending on the manner of Werdum victory could be a massive occasion for the division and finally put the heavyweights back on top as the UFC`s marquee division.

Notable mentions for possible future title fights include up and coming America Stipe Miocic and former Strikeforce champion Alistair Overeem, who holds a recent win over the interim champ.

Now in case, people think this is just some Cain Velasquez bashing, it is far from it, as a fan of the sport I really enjoy watching Cain, his skill-set is awesome, but he is not what the division needs to rebuild itself. If it counts for anything I think Cain has the skill-set to win this weekend but it is not the outcome of the fight that I fear for, but the division.