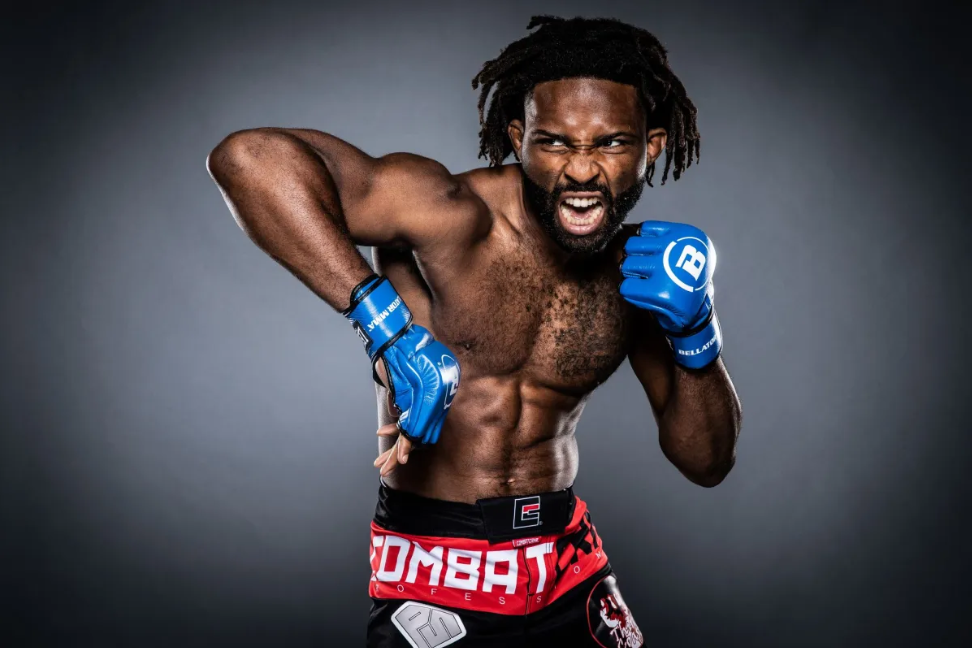 After delivering one of the worst scorecards in recent history at Bellator 289, Raufeon Stots does not want Doug Crosby to judge any of his future bouts.

Crosby scored the fight 50-45 in favor of Stots’ opponent Danny Sabatello, a score that anybody who watched the main event of the interim bantamweight championship this past Friday thought was extremely unfair. Stots was fortunate that the other two judges scored the fight in his favor, awarding him a victory by a score of 48-47 and allowing him to keep hold of his temporary title.

Stots was extremely critical of Crosby’s scorecard and suggested that the seasoned judge should never again preside over one of his bouts.

“I need to ask the general public, the MMA fans, how the f*** do you get Doug Crosby suspended from my fights? Because I had seen he was banned from Ray Longo’s fights, I want to join that ship,” Stots stated on The MMA Hour. “I don’t want him nowhere near [any] of my cards. I need to figure that out.

“I don’t want him judging anything related to me, any of my friends, none of it. I saw what he did to my friend, my homeboy Jared Gordon, he did that 50-45 to me. Professionally, I’m cool with Doug Crosby. I hope he has a good life away from me, but as far as anything [related to] me, I don’t want a part of it.”

As a result of the victory, Stots has now won 11 consecutive matches, including a perfect 7-0 streak since signing an exclusive contract with Bellator. Even though Sabatello had some successes thanks to his wrestling and his ability to maintain control, Stots was the one who did the majority of the harm throughout the match.

Stots got an unpleasant taste in his mouth whenever he thought of Crosby’s scorecard.

“When I heard that s***, I was like The Illuminati — this motherf*****, this whole s*** is rigged,” Stots said. “I was thinking like Black Panther, the man had finally got me. I made it all the way to the top, and the man got me.

“I thought it was just outrageous. Then also, I’m thinking in my head, ‘Am I that off?’ 50-45, I didn’t expect that at all. All rationale in my head was like, ‘Did I hit him? Did I control the fight like I thought I did?’ It was just a bunch of doubt and confusion after the 50-45. Even after they were reading the rest of the scorecards, the 50-45 just threw me off.

Crosby’s judging troubles didn’t end there; he went on to score fights at UFC 282 in Las Vegas, where he presided over a contentious decision victory for Paddy Pimblett over Jared Gordon in the co-main event.

Stots, along with a significant number of other individuals in the area, believed that Gordon was the victor of the fight. He considers it odd that Crosby was permitted to sit in the judges’ seat across the country just one night after delivering an all-time terrible scorecard.

“Like how? Who is that on? I feel like that’s on Doug Crosby,” Stots explained. “Why the f*** are you [taking that job]? Professional courtesy — it’s different time zones, you’ve got to worry about jet lag, it’s like a three-hour f****** time difference, then you come over [to Las Vegas] and make more bad decisions?

“The thing that gets me, too, is afterward, if this stuff — and I know they’re going to do a review, so shout out to the commission for that — but he just goes on his merry goddamn way and f***** over somebody’s life, and he’ll go do the same thing next week, or whenever the f*** he wants to do it, that’s f****** disgusting, bro. You f****** up somebody’s trajectory, somebody’s livelihood, and in my head — and I don’t know the dude personally — I think he’s like, ‘Ehh, got that one wrong. Maybe next time I’ll get it right.’ He just, s***, brushes it off of his shoulders and goes on about his day.”