THE UFC’s first event at the historic Madison Square Garden last year was an amazing spectacle; after all the trials and tribulations of making MMA legal in the state of New York over the course of nearly 20 years.

The card was action-packed from start to finish, culminating with the coronation of Conor McGregor creating history and the sight of Conor raising both belts on top of the cage will be forever etched in the UFC history books.

A return to MSG is scheduled for sometime in November and with lots of fights scheduled before added to the fact that in MMA anything can happen, what types of bouts will be earmarked for the 2nd event at “The World’s Most Famous Arena”? 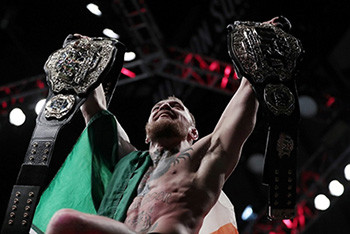 With this in mind let me give you my take on the strongest card possible that include excellent match-ups which could hopefully provide some real fireworks!

I have chosen to exclude ‘The Notorious One’ (Conor McGregor), as realistically I feel if his appearance back in the Octagon is likely to be during a December PPV or the end of year card.

My selections involve fighters that have bouts currently booked, so my opinion is they get through these fights and are eligible for selection.

Jon Jones will make his return to the UFC after 15 months out due to a USADA violation and is set to face his fiercest rival Daniel Cormier 29th July for the Light-Heavyweight belt he never lost via competition. 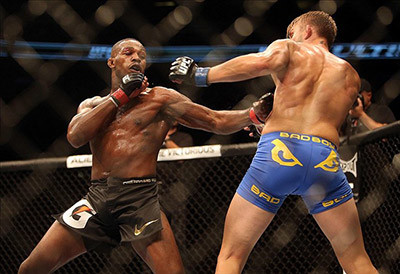 After a stop-start affair through injuries, suspensions and lots of controversies, I think Jon Jones finally puts the rivalry to rest at UFC 213 and cement his place as ruler of the 205lbs division.
What should await him next is a rematch with the man who gave him his greatest test, Alexander Gustaffson.

Gustaffson looked fantastic against Glover Texiera in Stockholm last month and fans have clamoured for a second meeting between both men almost immediately after the ending of their first meeting in Toronto nearly 4 years ago.

The bout has an excellent backstory built up over the years and could allow Jones to finally vanquish any doubts about the last time they met, Gustaffson finally completes his quest for UFC gold at the 3rd attempt. Sign me up!!!!

Sorry Demian Maia fans, I personally don’t think he is getting his much-warranted title shot. I have a sneaky suspicion that GSP is being touted to fight Tyron Woodley next. These suspicions are only greater cemented due to Dana White confirming GSP will fight at 170lb when he is fit and ready to do so.

It is all too apparent that this is the fight that current champ Tyron Woodley craves – it would be the most financially rewarding and high profile bout he will ever be involved in (bar a proposed Conor fight). 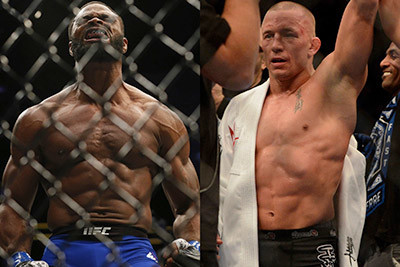 This is an extremely dangerous fight for GSP that pits him against a very athletic and devastating KO artist in Woodley.
Could GSP find a way to temper Woodley’s tendency to start fast? Could Woodley handle GSP’s excellent wrestling which is arguably better than his own?

As with the Main Event this fight has a unique story to it – GSP is the returning former champion who relinquished the belt nearly 4 years ago and comes back to take his place at the top of the division, versus Woodley, a champion with a chip on his shoulder who desperately craves the respect of his peers and fans.

The fractured relationship between Cris Cyborg and UFC seems to have reached ‘cold war’ status despite a proposed fight confirmed against an unnamed opponent at UFC 214. 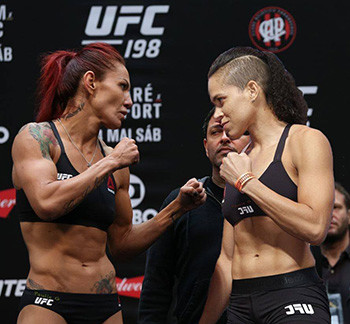 Both Cyborg and the UFC haven’t helped each other’s causes recently; Cyborg faces potential legal issues with Angela Magana and UFC’s seemingly bizarre refusal to market Cyborg despite her obvious appeal as the biggest phenom in Women’s MMA.

Being the eternal optimist that I am, I feel that Cyborg will go on to dominate her opponent at UFC 214 (rumours currently point to Cat Zigano being touted as a possibility) before being awarded the 145lbs belt that should have been wrapped around her waist in the first place.

With regards to Amanda Nunes, I fully expect her to look massively impressive against Valentina Shevchenko at UFC 213, so much so that I believe she will stop her rival.
With no real clear cut no.1 contender at 135lbs, Nunes will be offered the chance to step up and take on her fellow compatriot, Cyborg in the first real women’s super-fight.

Nunes has started to build up an excellent fan base after making light work of both Miesha Tate and Ronda Rousey; she has had the luxury of being part of massive marquee events, so the magnitude of the Cyborg super-fight at MSG would be taken in her stride.
For Cyborg it is an opportunity to continue her streak as ‘baddest woman on the planet’ and finally ‘arrive’ to a large mainstream audience.

The match itself would pit Nunes’ excellent striking skill-set against the sheer ‘tour de force’ aggression that Cyborg brings to the cage each time. I think the latter makes for an early night.

Both men have their hands full over the next month as Derrick Lewis faces Mark Hunt in New Zealand and Alistair Overeem looks set to close out a rubber match with Fabricio Werdum at UFC 213.

Should they both obtain the ‘W’ this bout makes a whole lot of sense.

Derrick Lewis has started to ‘build his brand’ and seems to have the backing of the UFC; additional top-tier contenders are needed on his resume before being awarded a title shot and against Alistair Overeem, Lewis has an opponent that carries a ‘name-value’.

Alistair Overeem is in a slightly different spot, having failed in his last attempt to become Heavyweight Champion, he scored a great KO win against Mark Hunt and should he defeat both Werdum and Lewis it would elevate him into title contention.

Both of these guys have the ability to end the fight early and it would be interesting to see how either man could impose their game on the other.

Doo Hoi Choi versus Yair Rodriguez. If this fight doesn’t get you excited are you even an MMA fan?!!! This has it all…two highly skilled, unique strikers both on the upward trajectory of their careers despite recent setbacks. If their styles could gel we would be in a for a treat and a phenomenal opener to the Main Card!