Donald Cerrone has shown fighters the most direct and financially beneficial way to a title shot. Much is made of Twitter spats and fighter tension, but Cowboy ignored all of this. And stayed healthy enough to fight a sensational seven times in just over a year. Cowboy’s attitude of staying in fight shape and actively looking for fights has paid off in an ultimate way for the American. Cowboy is not the only one but he is the perfect segway for this piece, looking at fighters who have revolutionised the fight game.

Fighters get injured, it happens so frequently that it hardly causes a stir anymore. But what occurs in most instances is a fighter stepping up on short notice. Its HUGE risk but if it comes off the fighter reaps a massive benefit. There is a growing trend of fighters such as Ben Henderson and Cowboy Cerrone, to name just two. 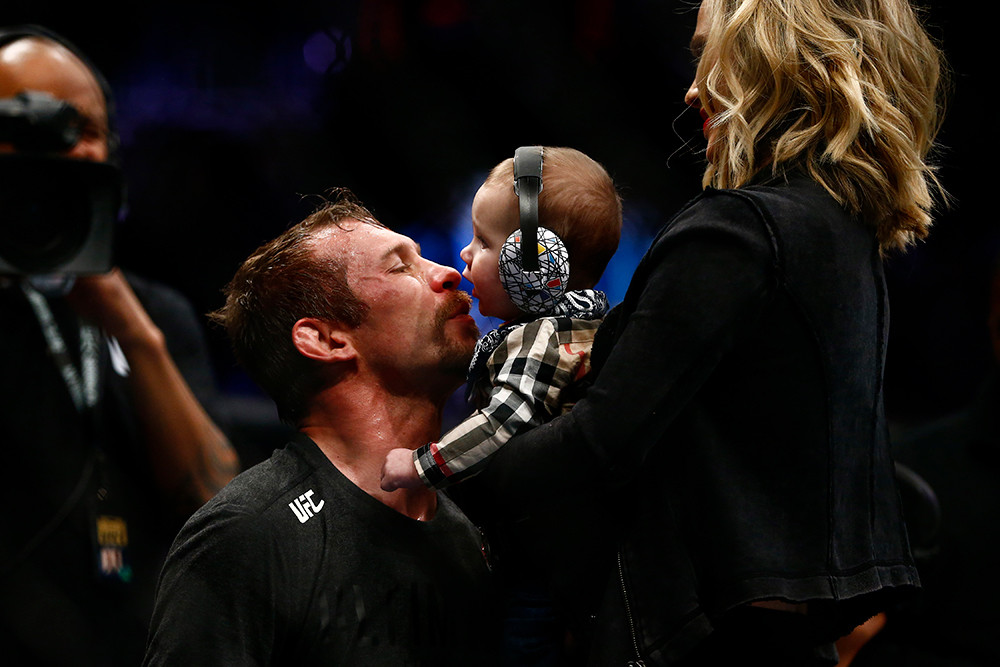 Who stays in fighting shape almost year-round and actively campaign for fights that become open at the last minute. It is not only the love of competition that drives them, there is also the financial factor. The huge upside to helping the promotion out which is not quickly forgotten. And most importantly the momentum train that builds behind a fighter and can drive them to a title shot via the quickest route.

This thought process, while not new, is certainly becoming more implemented by fighters throughout the UFC as a means to climb the ladder quickly. Here are the fighters currently competing inside the UFC that have availed of their opportunities and capitalised on it. They show all fighters that staying ready and throwing your name into every hat is the best option.

“I stay ready so I don’t have to get ready”, the now-famous line issued from Featherweight interim Champion Conor McGregor. Has proved to be the key to success for many of the UFC current contenders and champions.

The light-heavyweight champion got his chance against Jon Jones and came up short on the night. This put DC back down the pecking order has to start his climb all over again starting with Ryan Bader. That was until Jones decided to run away from a car crash. And subsequently be stripped of the belt, leaving Anthony Johnson in need of an opponent.

Cormier phoned Dana White while on the treadmill, showing he was already cutting weight, to campaign for the fight. We all know how it turned out, aside from an early scare DC steamrolled “Rumble” and is now the 205 king!

Before Jones had a belt to be stripped of, he was rising star of the division. Although still in the shadow of his stable-mate Rashad Evans, who was scheduled to face Shogun Rua, the then light-heavyweight champion. Evans was injured and the UFC was forced to approach his teammate, Jones. Who stepped up and changed the face of the UFC for years to come with his short notice demolition of Rua.

Another side to stepping up, or not stepping up, on late notice was Jones’s decision surrounding UFC 151. He declined a fight on short notice against Chael Sonnen after then opponent Dan Henderson got injured. Due to this, the fight and event were cancelled, leaving fighters and fans alike with a bitter taste in their mouth when it came to Jon Jones that has never left. This scenario, with the stakes so high, is very rare and might never happen again. But it shows that failure to take an opportunity can hurt as much as a loss. 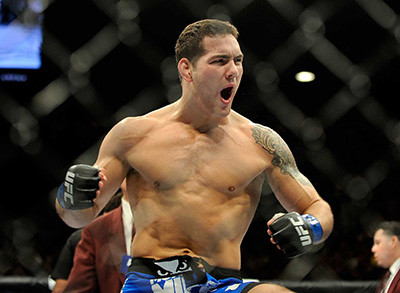 The middleweight champion epitomises the risk-reward idea of taking a fight on short notice. Weidman was fresh off his win over Tom Lawler and still nursing a few injuries when he got the call to fight Damien Maia on 11 days’ notice.

Weidman cut 32 pounds in those 11 days pushing himself to the brink physically to make the weight but make the weight he did. And won a unanimous decision over the Brazilian. This fight got him a number 1 contender fight and now he has not only captured the belt but defended it three times.

The American fighter is easily one of the UFC most loved fighters and it is easy to see why he will not stop fighting. The lightweight fighter might have been in trouble after losing to Rafael Dos Anjos in August 2013. Losing to a top contender and now staring back up the ladder.

But Cowboy is not like most fighters, he got back on the horse and never really got off. Fighting an amazing 7 times in just over a year, winning all his fights. He called Dana White anytime a fighter got hurt with his shortest turnaround coming after 15 days against Ben Henderson. Cowboy reward comes in the form of a title shot against the last man to beat him, Dos Anjos.

Much was made of Chad Mendes stepping up on three weeks’ notice for UFC 189 but the man he faced also risked it all and more. McGregor faced his first wrestler in the UFC on short notice, in doing so he did the opposite of Jon Jones at 151. He was the main event and did not refuse the match-up. He faced Mendes and finished him in two rounds, solidifying his place at the top of the featherweights. And garnering huge respect from the MMA community in taking on Chad on such late notice. With a rumoured injury that hampered any wrestling practise. 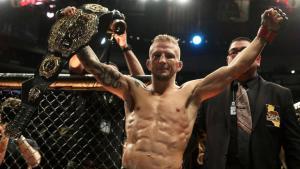 The bantamweight champion was scheduled to face Takeya Mizugaki at UFC 173 when headliner Raphael Assuncao. Who was penned to face Renan Barao, withdrew due to injury. Dillashaw jumped at the chance to face Barao and the UFC relented giving the title shot to the fighter who had gone 1-1 in his last two fights. The stage was set for one of the biggest upsets in UFC history with Dillashaw never looking back.

These fighters, many of them champions or future contenders. Show not just the continuing trend of fighters staying active year-round but also fighters taking that huge risk of accepting a fight on short notice, while also highlighting the rewards side of it. Many a fighter has stepped up on short notice and failed but even in that fail. They have done the UFC a service which they rarely, if ever, forget.

Now it can’t always finish with a fairy-tale ending, but in a career where for many fighters making money supersedes all else. The Cowboy route has to be the way forward. The American has made $1, 150,000 combined in his last 8 fights, this figure does not include sponsorship payments.