What Is Next For Conor McGregor

So the dust has settled on the biggest money match of the modern era, Floyd Mayweather defeated Conor McGregor by 10th round TKO to the shock of basically nobody, Conor performed very well. Far better than I expected, gaining four rounds on my card. He didn’t do quite as well as some in more Conor-biased positions are claiming; nor did he do as badly as the boxing bores are suggesting. 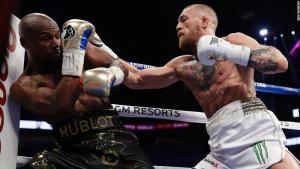 Floyd took a few rounds to gauge what he was facing before really engaging. In those rounds, Conor proved three things:

Mayweather adjusted to his opposition, put some necessary rounds in the bank before smelling blood and going in for the kill. The stoppage was a little early, but did nothing other than delay the inevitable.

The judges’ scorecards were absurd and immensely harsh on Conor McGregor. Floyd landed 6 punches in both the first and second rounds, and yet managed to win them in the eyes of a world championship level judge under the jurisdiction of the top athletic commission in the USA. Floyd Mayweather, apparently such a master of his craft that he can win rounds without actually doing anything.

Anyway, what’s done is done. Let’s analyse where ‘The Notorious’ goes from here. 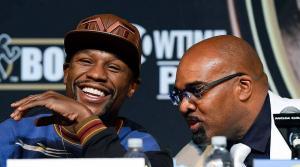 Conor McGregor has likely made in the region of $100m for the Mayweather fight. Mayweather Promotion’s Leonard Ellerbe suggesting the PPV numbers were “looking very good” when asked immediately post-fight.

That money added to the tens of millions he’s earned in previous UFC appearances (remember those numbers don’t include PPV cuts there, either) is more than enough for him to retire. Conor could star in movies, promote his own events, make appearances. He could do whatever he wants. This is the most boring option, but it’s certainly on the table for the Irishman if he decides he’s had enough.

Will He Return to the UFC:

There are a number of fights available for the two time UFC Champion. Dana said earlier in the summer that Conor still wanted to defend his UFC title “this year”, and whilst that seems unlikely, there are many fights available for him in the UFC. The most obvious of those, considering Conor McGregor is the reigning Lightweight champion, would be to fight the interim champion.

That will be either Tony Ferguson or Kevin Lee. Depending on who comes out on top between those two at UFC 216 in Vegas on October 7th.

However, I don’t think either of those two represent a big enough money fight for McGregor. And both present huge risks. As highly skilled lightweights with well-rounded skill sets. No, that’s not a smart move for Conor to make right now, considering the other choices available. I think we’re looking at three options if we’re to see ‘The Notorious’ back in the cage in his next fight. 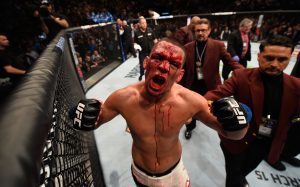 The first of those, (and the one I think will happen) is the trilogy fight with Nate Diaz. It all seems to be lining up. Nate was on hand on Saturday night, watching the fight from the audience, and calling Brendan Schaub a bitch backstage. Audie Attar, Conor’s manager, said in an interview after the fight that “Conor wants that trilogy fight”.

Whilst Conor himself said “I have certainly many contenders in the mixed martial arts game,” in his press conference after the fight, going on to say “I have a trilogy bout with Nate Diaz that’s sitting there, I have options.” Infamous insider Chael Sonnen has further stoked the fire today on the MMA Hour, saying “A little inside information, I think it’s Nate Diaz next” I mean it’s inevitable eventually, right?

Another option would be to combine two of the biggest PPV draws in UFC history in a historic bout at Welterweight, and ask Conor McGregor to welcome Georges St. Pierre back to the Welterweight division. This one works for a number of reasons; both fighters have a huge following, it’s an easy sell regardless of the GSP result against Bisping as he would be returning to the weight at which he had such success.

If Bisping retains, the Conor–GSP fight still does close to 2 million buys. If GSP were to beat Bisping, I think this could be top 5 biggest PPVs full stop. Sometimes there’s just so much money on the table that you can’t say no.

What is the Third option? 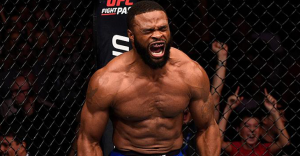 The third and final viable option, in my opinion, is the Welterweight title fight. There have long been whisperings of the McGregor – Tyron Woodley fight, however, nothing serious has ever really materialised. An undoubtedly challenging option for Conor, Tyron Woodley might be the hardest fight out there for him at the moment.

A big, powerful and lightning fast 170lber with great wrestling and enough power to knock out a rhino. This would be another level for McGregor. However, from a PPV sales point of view. Combining McGregor with the underdog effect worked very well with the Mayweather situation. Why not go back to the well?

Of course, after his performance against Demian Maia and Dana’s subsequent furious criticism of it. Gifting the Welterweight champion the biggest money fight in the sport seems unlikely. However, the pull for Conor to become Champ Champ Champ must be strong.

Conor McGregor could conceivably continue on in the boxing world, content with the money he made and the promotional freedom it brings. Though UFC President Dana White urged Conor to forge about boxing and return to the UFC. The option to remain in the squared circle remains. 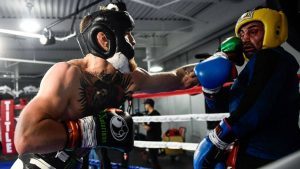 Whilst I don’t see Conor stepping in the ring with a Canelo Alvarez or anything. There is no doubt that the Paulie Malignaggi situ captured enough attention to warrant a look at the situation.

Paulie was brought in as a sparring partner, and from then on it all got a bit WWE. With Paulie quitting due to being made to look bad in sparring photos. An edited sparring video came out. And then it all ended with Floyd Mayweather claiming Paulie was a TMT spy in the McGregor camp all along (he wasn’t).

Paulie Malignaggi can talk, the build is already there and I’m sure the fight could do significant PPV, if not quite on Mayweather levels. 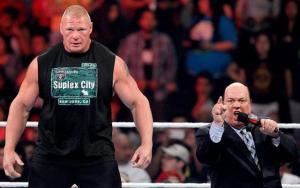 Curveball I know, and I really am shooting straight from the hip here and I haven’t read a thing about this. But a match at Wrestlemania with Brock Lesnar seems to be made in heaven. Aside from Floyd Mayweather. Lesnar and McGregor are the top two active PPV draws in the US. And in the WWE environment could do massive business.

Wrestling fans, unlike the boxing bores will welcome Conor with open arms. No strangers to guest appearances from mainstream stars. The wrestling fans will be as happy to have McGregor interacting with Lesnar. HHH and Paul Heyman now, as they were to have ‘Iron’ Mike Tyson interacting with DX and Stone Cold Steve Austin in ’98.

This, of course, remains unlikely, but Conor McGregor having the biggest PPV in the history of MMA. Boxing and pro wrestling would likely be a legacy that would be simply untouchable.