I’m not going to lie, I’ve spent far too long trying to come up with a humorous analogy to start this article. But I’m not gonna find anything funnier. Then Dana White pretending he doesn’t understand Ariel Helwani’s questions about Conor McGregor at January’s press conference, so I’ll direct your attention to that.

In all seriousness, it’s difficult to really distil the recent history of the lightweight division in a concise manner. Since Conor won his second belt back in November of 2016, the division has been in turmoil. While Conor McGregor was busy having his eight-figure boxing match. The lightweight division spun its wheels until Tony Ferguson was crowned interim champion in October of last year. Since then it’s been an extended episode of a CW show. 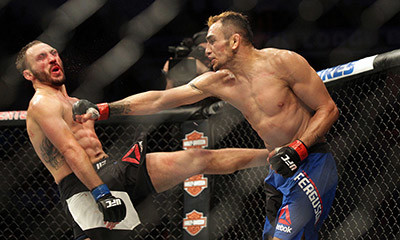 Poor Tony just wants Conor McGregor back, but Conor’s a free spirit who just can’t be chained down a man. Suddenly Khabib’s back on the scene-stealing all the attention and Tony finds himself torn.

He deserves Conor, but we all kind of want to see him end up with Khabib. Because come one they’re made for each other, right? Anyway, Conor will be fine on his own. But wait, what if Khabib ends up with Conor; what a twist.

I think we can all agree this could have been avoided. If anyone else was the champion, they’d have been stripped. Not “the Notorious One” though. It’s a testament to the man’s power that his influence only seems heightened by an extended absence.

He hasn’t fought in a year and a half and he still has more of an impact on the rankings than most active fighters.

Conor McGregor Will Be Stripped

Recent developments have served to clarify the situation somewhat. As Dana White stated Conor will be stripped the second first punch is thrown at UFC 223. It’s difficult to look at that as anything other than a slight to Interim champ Tony Ferguson though.

“El Cucuy” sits on a ten-fight win streak. In what many people consider the toughest division in the world’s leading MMA promotion. He won the interim strap back in October and has been Schrodinger’s champ ever since. First Conor wanted to fight in December. Then he crashed a Bellator event and was suspended.

And I don’t think I’m alone in thinking that neither of those sentences was ever actually true. So, Ferguson had to sit around and wait, despite the fact he probably deserved to be promoted. 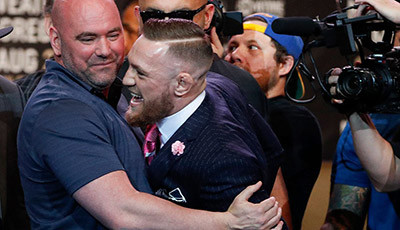 Reports surfaced that McGregor didn’t want to fight again until the summer, so the company had no choice but to book Ferguson against the white-hot Khabib Nurmagomedov. The Russian grappler made an absolute mess of Edson Barboza at UFC 219.

And the world was reminded of the force lurking at lightweight that is a healthy Khabib. The UFC couldn’t leave Tony and Khabib on the bench until the summer, so the answer was simple. Well, to most people at least.

Unfortunately, the UFC went about the booking with absolute bluster. All they had to do was strip Conor and make Ferguson the undisputed champ. They didn’t do that, and it became painfully clear that the even the bookers of the 223 main events weren’t quite sure what the fight represented. It’s difficult to call the situation anything other than a complete screw up on the part of the UFC.

And that’s a damn shame because Ferguson vs Khabib is as exciting a fight as could be put on in MMA. Ferguson is 23-3 and hasn’t lost since 2012, and Khabib has never lost, sitting on 25-0 record.

The Russian is ostensibly unstoppable, and “El Cucuy” is totally unpredictable. Khabib will almost definitely take Ferguson down, but Ferguson is lethal off his back. It’s a perfect fight. Luckily the political disarray doesn’t seem to have cooled fans excitement for the clash, but that hasn’t been for lack of trying. 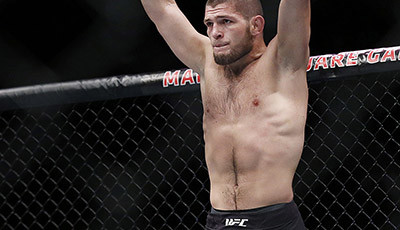 What’s more, this only steps one. The winner of Khabib vs Ferguson will surely face Conor McGregor upon his eventual return later in the year. What a storyline.

The two most feared men in the division duke it out, then the biggest star in the sport makes his triumphant return to take back the title he never lost. It’s a dream scenario, so why did it have to be muddied?

“The Money Era” has become somewhat of a platitude in MMA circles, but it’s difficult to pick apart any major story in the sport without finding evidence of its involvement. The simple fact is that if Conor didn’t make as much money as he did.

He would have been stripped, and everything would have been simple. No one would have cared that Conor McGregor was off riding platinum jet skis and literally fighting the mafia because he wouldn’t have been perceived to have been ruining anyone else’s fun. But the belt was off with him, and both fighters and pundits spend far too long talking about someone who wasn’t even returning their phone calls.

Money though; you can’t hope for a sport to grow and then complain when it encounters the exact same growing pains that all other growing sports have encountered, as difficult as that may be to admit. Look at it like this: in ten, maybe twenty years from now, will we be talking about the PR mess the UFC had on its hands during this period?

I’ll wager we’ll be talking about the pair of monumental title fights we got to sort that very mess out. As fans, we sort of have to put up with the business side, but I think on April 7, we’ll got a nice apology.