UFC lightweight Joseph Duffy is busy this coming weekend. As he makes up the ranks of the biggest card to date in 2017 at UFC 217. With the main card bonanza taking place at Madison Square Gardens New York consisting of three title defences back to back. See’s Duffy returning to action against opponent James Vick.

Duffy last competed back in March 2017, when he won a unanimous three-round decision victory of Reza Madadi at UFC Fight Night 107. With both Duffy and Vick coming off two wins. Both men are looking to try to crack the top 15 rankings in their quest for the that UFC gold. 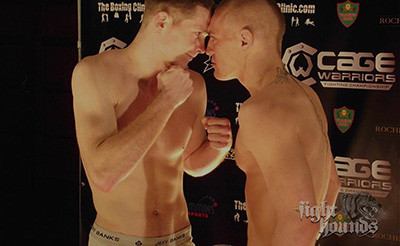 Speaking with metro.co.uk, Duffy, being one of only three people to beat McGregor as a professional. Spoke about the current situation and whether he would likely face him in a UFC title fight?

‘No, I’m saying he’s going to lose the title [in his next fight],

‘But, he’s got so much going on. Plus in a lightweight, I don’t think anyone has held the belt longer than three fights.

‘I think three wins is the max. It’s such a competitive division and the belt changes hands so quickly. ‘Within my next seven fights…I think the belt will be changing hands.’

The lightweight belt has indeed a habit of changing hands quickly. With no single fighter as yet, holding it for more than three straight defences.

McGregor has not as yet defended the lightweight title in the UFC. Nor the featherweight and lightweight belts he held under the Cage Warriors banner. So his fans and the UFC are no doubt eager to see him cement his position as the best 155lb fighter on the planet. Especially now as Tony Ferguson who holds the interim title is now waiting in the wings.

But Conor McGregor himself is in no great hurry and knows only too well that he is the one who holds all the cards. In another interview, he gave, he commented, 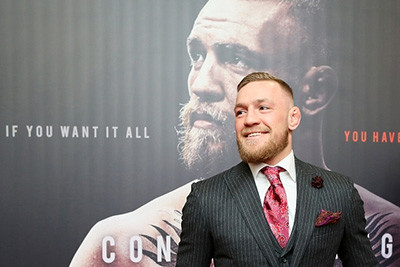 And I’m sitting there watching them type of wars I came through, back-to-back-to-back, and watching how I got there, and I’m like, I need to take my time here. ‘I’m in no hurry. I’m in a great position. I’m in the forever money stage now. My money is up there rattling around in the money counter machine, so I’m good.”

It’s both an intriguing and frustrating situation. The will-he won’t rhetoric will continue for some time to come. And in reality, probably only adds to the suspense. But with certain actors looking to make their presence felt. A decision sooner rather than later is what most people will no doubt be hoping for.