Conor McGregor Will finally get to face Jose Aldo

The news that every Conor McGregor fan has been waiting for finally broke yesterday in Las Vegas, by none other than the man himself. At a Q & A hosted by the UFC, McGregor announced that he will be facing the featherweight Champion Jose Aldo for the belt on July 11th at UFC 189 in Vegas. Final confirmation for both sets of fans that their guy will finally get his opportunity to prove who is the true featherweight king.

Storming up the ranks of the division, McGregor’s rise to number one contender has been nothing short of breathtaking. With a series of TKO stoppages and a decision victory. The Notorious one has overcome each and every obstacle placed on his path in his quest for UFC gold.

Now he faces a reigning Champion who is considered by many, a contender for the best pound for pound fighter in the world. Jose Aldo Junior has not lost in 18 straight fights, going back as far as 2005. What can McGregor bring to the table which Aldo hasn’t already seen before? What in his skillset will lay bare those areas lacking in the champions game?

Well going on his own assessment, his size, reach and unpredictability are all key to winning against the Brazilian phenom. McGregor believes he has taken far too much punishment and fallen into a repetitive style that barely separates him from the rest of the featherweight flock. So will the lamb being led to the slaughter in the world’s fight capital? 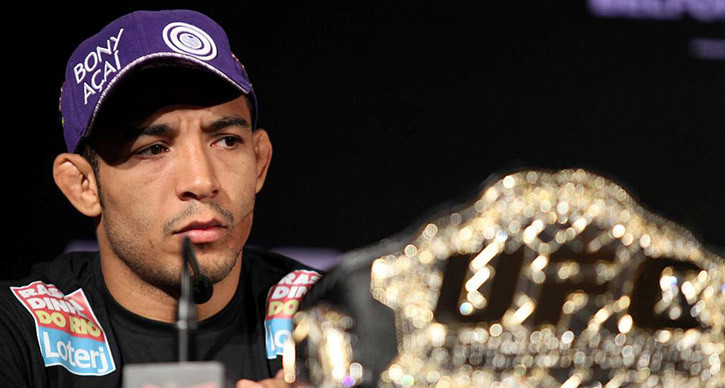 Some of Aldo’s previous unsuccessful opponents have been quick to answer no! Both Chad Mendes and Frankie Edgar believe that Jose is a different animal and unlike anything, McGregor has ever faced. Stating that they believe he will simply be too much for the intoxicatingly confident Irishman.

With a six month wait ahead for the big fight. There is no doubt we won’t be overwhelmed by the waves of the UFC marketing machine in the build-up to the massive fight for Irish and European MMA. Can Conor McGregor become the first European fighter to win a belt in the worlds premier organization?

Hard to believe, but in the 20 plus years since it’s inception. The Ultimate fighting Championships has yet to crown a champion from Europe. For many, the belief was that Alexander Gustaffson had the best chance of being that guy. But for now, at least, those hopes have been dashed.

Now up steps the man from SBG Ireland with his eyes set very firmly on the prize. With the belt in his sights, not a shred of doubt does McGregor has that he will be crowned the next featherweight champion come July 11th in Las Vegas.

Aldo vs McGregor has all the potential hallmarks of an event that could become Brazil vs Ireland. With two sets of fans re-veered for their raucous and steadfast support for their fighters. What form will the travelling faithful interaction take on the streets and at the event?

The crowd may resemble a football international more than the typical fight crowd. Setting it up to be one of the loudest and craziest nights of action ever to be seen in the UFC’s history. It all goes down on July 11th as these two elite fighters get to answer all the questions and silence the critics. And if Conor McGregor has his way, begin a new era of European mixed martial arts prominence on the world stage.

All eyes on Las Vegas for UFC 189 Jose Aldo vs Conor McGregor. Whether win lose or draw, history will be made.