This weekend in ‘The Mauler’ Alexander Gustafsson headlines the main event at UFC Fight Night Stockholm Sweden. Hoping to solidify his position as the number one contender in the Light heavyweight division, as he takes on Anthony ‘Rumble’ Johnson. Entering the fight in his hometown as the favourite. All Gus needs to do is get the win over a guy who has fought the majority of his career as a welterweight, taking on guys like Rich Clementi, Kevin Burns and Dan Hardy. Looking at him now it’s hard to comprehend how he ever made the 170 limits.

The only problem now for Gustafsson is that Johnson as a light heavyweight has yet to lose. Now on an 8 fight win streak, Rumble finally looks to be in the right place, both mentally and physically. What effect that huge weight cut in his earlier career had on him is anyone’s guess. But even without Colombo’s keen powers of deduction, I think we can work that it was negative… 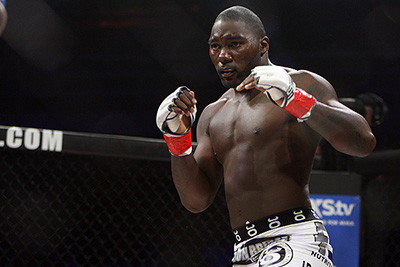 With all of Johnson’s four losses coming at either welterweight or middleweight? His move up to LHW, along with his move to the Blackzillians, seems to have had the desired effect on his performances.

Going from a guy who’s career looked to be on the skids. To find himself fighting for the number one contender spot in the UFC. He is a fighter for whom recently, everything has been going right.

Anthony Johnson’s Career Was Going In The Wrong Direction

But all that aside, how will he handle the huge stage he finds himself on this coming weekend? One thing is for sure! It’s going to be Baltic in Stockholm for the American.

You really have to give Johnson props for being seemingly unfazed as he takes on Sweden’s favourite son in his own back yard. At the biggest UFC event, mainland Europe has ever seen!

And how will the man of the hour Alexander Gustafsson perform under the big spotlight? With this whole card being built around the Scandinavian. This is his opportunity to show both the UFC and the reigning Champion Jon Jones that he is ready for a second bite of the cherry.

Should he stumble at the last hurdle, after everything that has occurred in the past year between injuries, delays and missed opportunities… There is no telling when he will or even if he will be the next in line. With Jon Jones having taken out of the equation, each and every opponent put before him to date. The huge elephant in the room is the question of him moving up to heavyweight.

If that happens, then we may never get to see a replay of one of the greatest fights in the history of this sport. Yet another massive event consigned to the dustbin of MMA what if’s. The clock is ticking down for the division. And the question this weekend is, which of these two fighters will hear it the loudest.